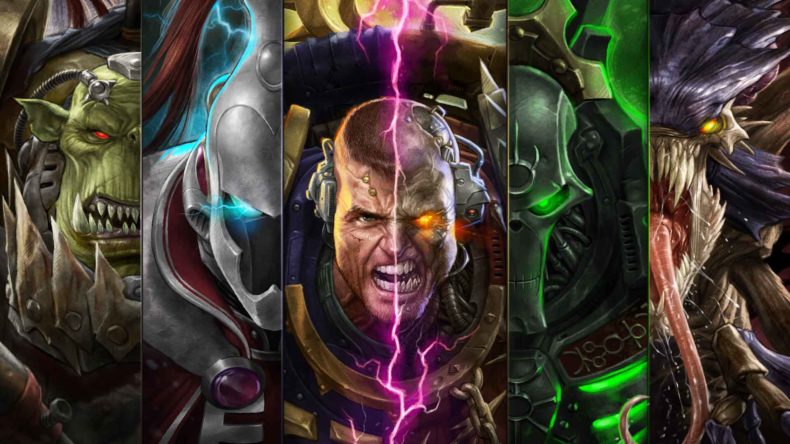 Warhammer 40k: Warpforge news has been thin on the ground since earlier this year, but it’s going to be part of Steam Next Fest with a playable demo.

For those that don’t know, Warhammer 40k: Warpforge is a card game, and while it’s not currently planned to launch until 2023, the demo will is “a free playable alpha demo will showcase its innovative battle mechanics and introduce two major armies: Ultramarines and the Orks’ Goff Clan. Those who take part will earn exclusive cosmetic rewards in the final game. The alpha demo will only be available during the event, from October 3rd to October 10th, 2022”.

Warpforge is an upcoming collectible digital card game based on Games Workshop’s Warhammer 40,000 universe. Players will immerse themselves in this vast universe through single-player campaigns exploring each of the warring factions. They will fight in draft and constructed competitive modes in both regular play and time-limited competitions with unique rules of engagement. Committed players will be able to take part in massive alliance wars, which will test the mettle of even the most seasoned veterans.

During Steam Next Fest, players will have the option to command two of the initial armies in the game: the brutal Goff Orks and the renowned Ultramarines. Each will feature several warlords and unique play styles as well as game mechanics, which players will be able to try out in both multiplayer and practice modes. Better yet, all participants will earn exclusive in-game cosmetics for taking part and for reaching certain milestones.

As well as this demo, the developers will be doing a livestream that aims to show off some more plans as well as a roadmap ahead of the 2023 release date, and while it’s currently only announced for Steam, other platforms are to follow along with a mobile version that will include full cross-platform support.