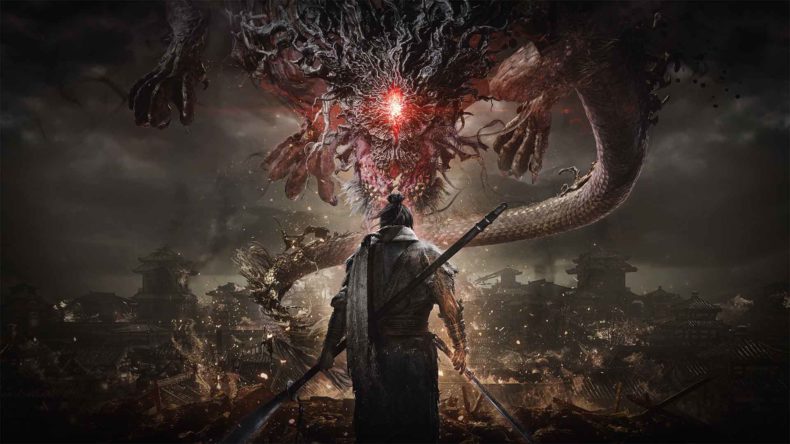 Surprise, Koei Tecmo and Team Ninja have announced that a Wo Long: Fallen Dynasty demo is available now, but only until Monday 26th September.

It’s the latest in a line of masocore titles, but the developer pedigree means lots of people will be hyped for this one. Here’s the official wor don the Wo Long: Fallen Dynasty demo:

The action-packed demo features a glimpse inside a dark Three Kingdoms world gone mad and the chaotic struggle to save a once beloved land now infested by demons. Featuring swordplay ripped from the Chinese martial arts, the demo showcases the strategies and swiftness of battle, while also giving gamers a taste of online multiplayer, the character creator, and in-game abilities including vertical exploration and the importance of morale. As a bonus, anyone who clears the demo will earn the special item “Crouching Dragon Helmet”, which can be equipped and used in the main game upon release. A survey will also be made available via the demo in order to collect player feedback and help in the further development of the game. Those who participate in the survey will receive an original wallpaper.

Team Ninja has also created a video tutorial to help people get started, which includes techniques from basic counter attacks, to wielding a variety of weapons.

To be clear, by the way: after the 26th of September you won’t be able to download or play the demo, says Koei Tecmo, and if you complete the demo you’ll get the “Crouching Dragon Helmet” which can obtained in the retail version of the game. The Wo Long: Fallen Dynasty demo is also online online, so whether you’re on Xbox or PlayStation you’ll need to remain connected, but the multiplayer option in the demo doesn’t require a paid subscription to the online services.

Wo Long: Fallen Dynasty is scheduled to release in early 2023 on Xbox Series X|S, Xbox One, PlayStation 5, PlayStation 4, on PC via Windows and Steam, and will be available day one with Xbox Game Pass on console and PC.