Desktop Dungeons: Rewind is both addictive and deep | Demo impressions 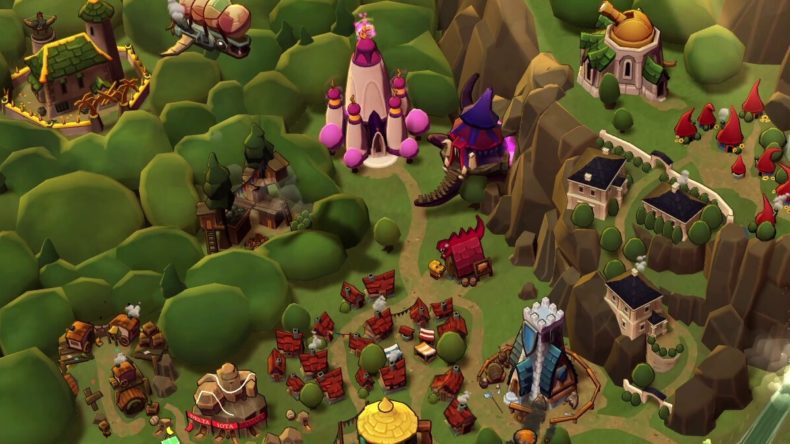 A demo for Desktop Dungeons: Rewind has dropped on Steam, and I strongly advise you to give it a go. It’s a 3D remake of the classic dungeon crawler, featuring some really simple gameplay that is surprisingly deep, but it never feels complex or complicated. Whether you’re diving in for a quick 10-minute or so dungeon or spending the full 90 minutes playing through it in its entirety, you’re going to come out of it with a hunger for the full release.

In the demo, I played as a slew of different classes including a fighter, wizard, and a priest. Each of the classes have certain perks from the moment you jump in. For example, a wizard can see various spells across the dungeon before you’ve uncovered anything, and a priest has better health than any of the other classes seen so far. The fundamentals of each dungeon sees you click on an undiscovered tile to move to it, and as you do, health and mana are slightly restored. The more you move to a new spot, the better your health and mana becomes. Of course, there’re various obstacles in your way that force you to rethink your progression through the dungeons. 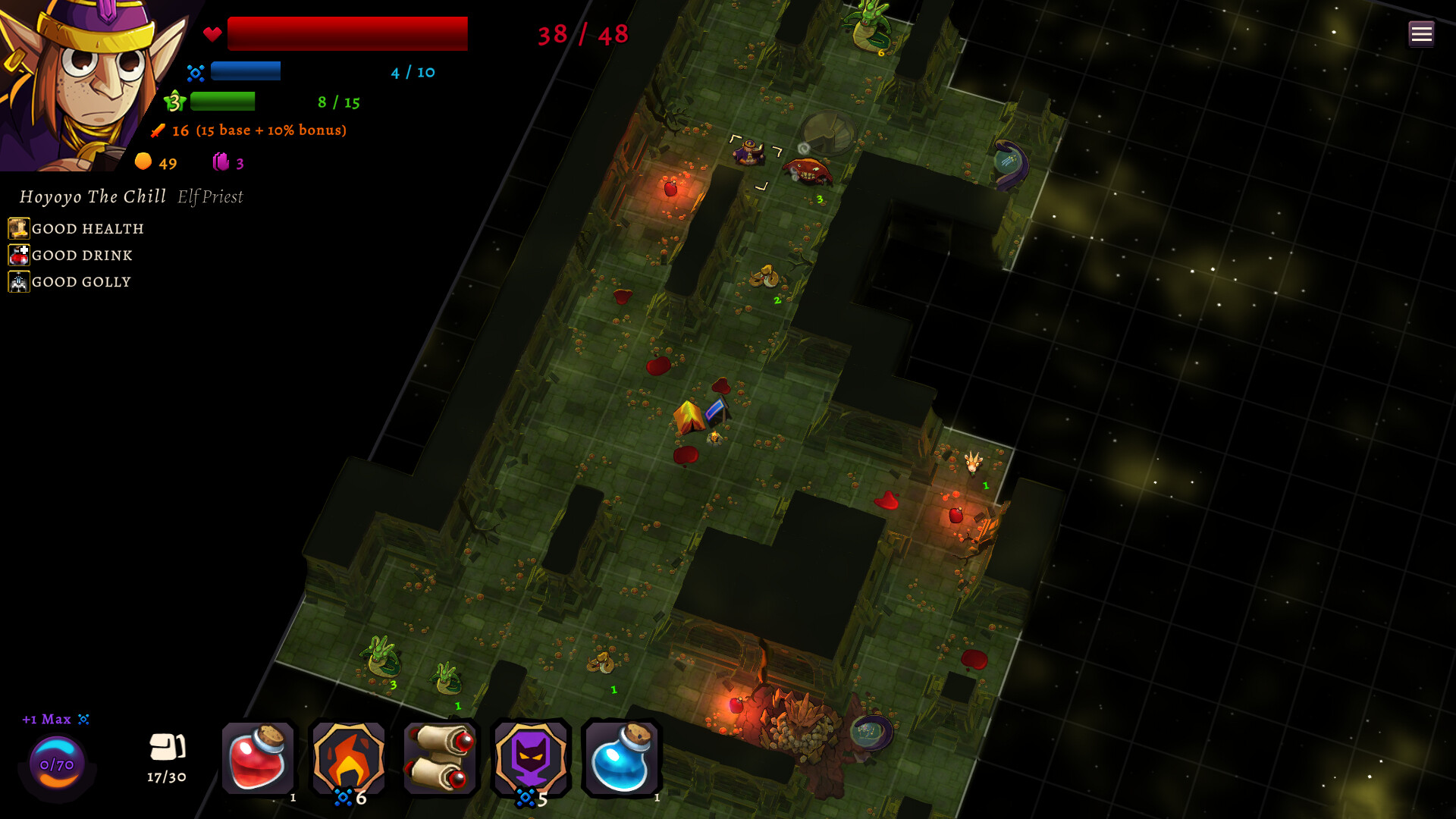 Each dungeon is littered with enemies. You might find a weird Meat Man that has a higher level than you, or a zombie that will kill you instantly. By defeating enemies at a similar level to you, your XP will increase and you’ll eventually level up yourself. Each victory builds your XP, meaning that you’ll eventually be able to revisit tougher fights and come out victorious. Paying attention to enemy stats is also key, as some of your attacks might not do the same amount of damage as they do to others. For example, one enemy might be resistant to physical damage, or spell damage might be reduced by 25%.

Playing with your attacks, whether with you sword or wand, will give you better levels of success. You can see how much damage you’ll do with each strike, but you’ll also see how much damage the enemy will do. If you leave mid way through a fight (which you can do so without any repercussions), you’re enemy will gain health just like you do, so it’s important not to engage unless it results in their death. As you level up, you’ll become tougher to kill, however, you’ll also find tons of spells that can help you on your way. For example, certain walls can be destroyed so you can move through a different path, or you can swap places with enemies. Unwanted items can be converted to give you 10% bonus to your damage, which not only helps with inventory management, but it’ll give you some much needed improvement to your damage output. 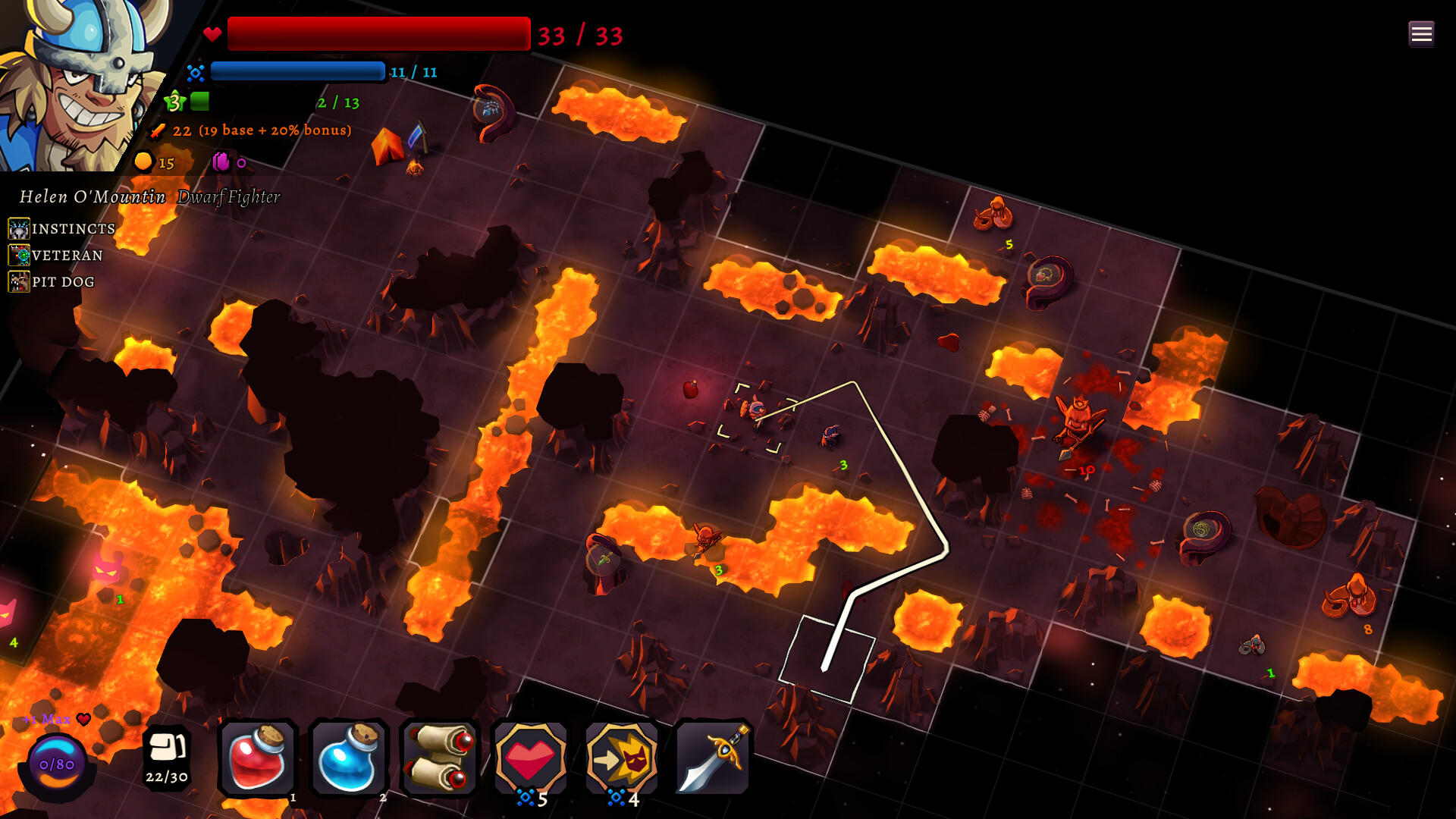 Hidden areas in the dungeons can lead to a tougher monster but a nice reward, or an area where there’s tons of gold. Each of the dungeons have a boss with higher HP and better attacks. Balancing which enemy to attack, what abilities to use, and how to approach each fight will either lead to your defeat or your success. When you do manage to kill the boss, you’ll gather a trophy that’ll be sold back at your settlement for a substantial amount of coin. From there, you can either keep exploring the dungeon or return home. You’ll use that coin to unlock or improve classes (something out of bound in the demo), or provide yourself with certain pieces of equipment and items to have with you as you take on the next dungeon.

The simplicity of its structure paired with the surprisingly deep gameplay elements make Desktop Dungeons: Rewind a really strong game. I loved how it looked, the silly and loveable humour, the depth of progression and how each dungeon offers a high challenge. Although the demo isn’t particularly long, it gives you a fantastic idea of what to expect when the game releases, hopefully before the year is out. If you want something to get stuck into, or just want a quick challenge, this is a remarkably addictive and deep dungeon crawler that gives you everything you could want from the genre.

Video games are cool. Don't let anybody tell you any different.
MORE LIKE THIS
Desktop Dungeons: RewindDungeon CrawlerQCF Design