previous
Persona 4 Golden coming to Switch, PC, and Xbox in January
random
next
A comic series based on Astroneer is coming in 2023
0 comments 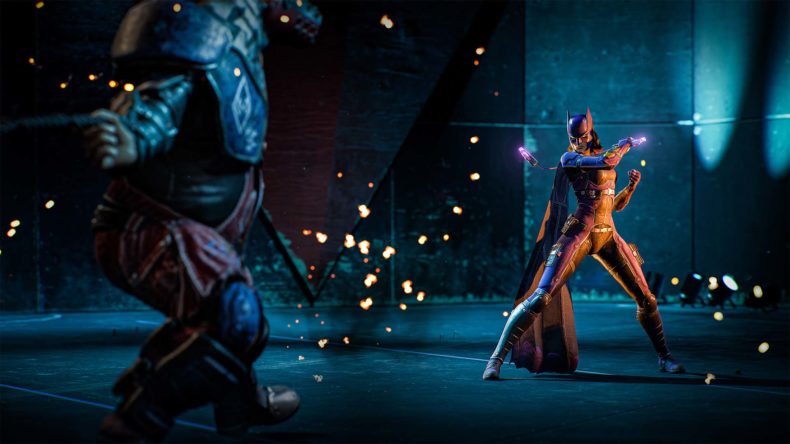 The new trailer is told from the perspective of Alfred Pennyworth, and looks at “the inner reflection that Batgirl, Nightwing, Red Hood, and Robin all go through as each Knight rises to the challenge of protecting an increasingly vulnerable Gotham City in the wake of Batman’s death. The trailer also provides a glimpse of the mysterious Court of Owls and the growing threat it poses”.

Developed by Warner Bros. Games Montréal, Gotham Knights features the Batman Family as players step into the roles of Batgirl, Nightwing, Red Hood and Robin, a new guard of trained DC Super Heroes who must rise up as the protectors of Gotham City in the wake of Batman’s death. From solving mysteries that connect the darkest chapters in the city’s history to defeating notorious villains in epic confrontations, players will tackle an array of challenges as they evolve into their own version of the Dark Knight.

Here at GodisaGeek we’re all very interested to see how this one turns out. Will it be up there with the phenomenal Arkham series?

There’s also a six-issue prequel series called Batman: Gotham Knights – Gilded City, which is coming on October 25th. Each issue has a code for an in-game item, with issue no.1 including a code for the BOS022 Batcycle Skin. Warner says that “subscribers to the DC UNIVERSE INFINITE digital subscription platform will also receive each issue day and date with its print counterpart and is the only digital path to receiving the in-game items”.

Gotham Knights is out on PC, Xbox Series S|X, and PS5 on October 21st.

Gotham Knights | How to co-op

Gotham Knights | How to switch character