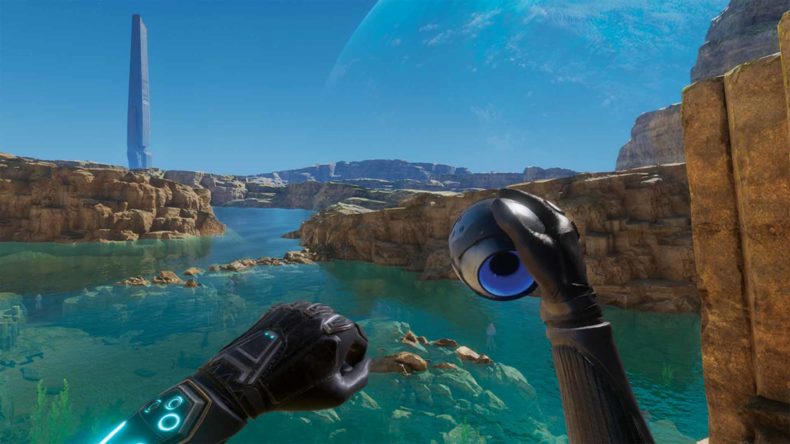 Players who take on Hubris come December will encounter a VR action-adventure game set in an absorbing and mystical Universe. Serving as a recruit of the Order of Objectivity (or OOO for short) sent to the Twin planet system to search for agent Cyana, simply staying alive in Hubris is a case of shooting, swimming, climbing, and jumping your way through a hostile world in the midst of being terraformed.

With Hubris delivering immersive 3D graphics and motion capture, developer Cyborn set out to use a blend of visuals, sound, and technology to produce unforgettable and engaging worlds. Hubris is a captivating adventure specifically designed from the ground up for VR platforms, allowing players to move around its environment in an all-encompassing, engaging manner.

“We were blown away by the response we saw at Gamescom and it’s really exciting to finally be able to lift the lid on the launch of Hubris in just over a month,” says Ives Agemans, CEO and Game Director at Cyborn. “At Cyborn we know how important is to make the most of the opportunities VR provides, and we think Hubris is going to serve as the next step for the genre, delivering an immersive experience that will push VR platforms forward”.

Hubris is coming to PC VR platforms on December 7th.

What the Bat? review