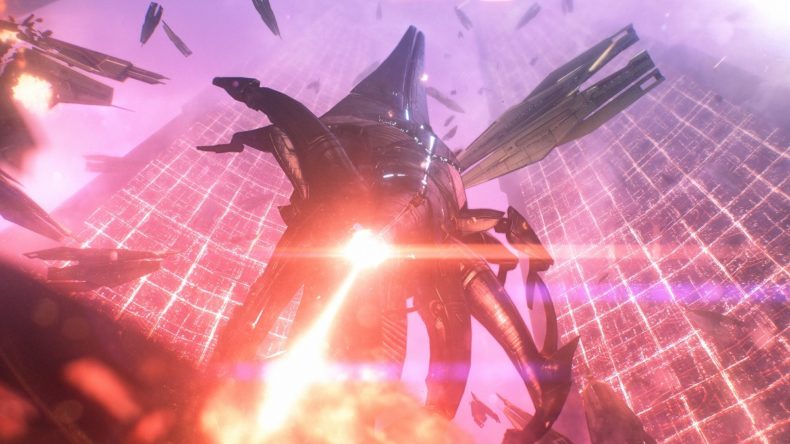 In honour of nearly 15 years of Mass Effect, BioWare and EA have released details on how they intend to celebrate this huge milestone. In an official blog post, some small details about the next entry in the Mass Effect are revealed, although nothing regarding the story or gameplay is mentioned. Project director Mike Gamble does say, though, that “pre-production development has been proceeding very well,” and that the team behind it are “hard at work crafting new characters and locations that you’ll love, as well as revisiting many that you’ll remember.”

BioWare and EA are also celebrating 15 years of Mass Effect by teaming with Maxis to release some N7-themed wearable items to The Sims 4 on November 17. They’ll be free to anyone with the game, which is now free to play across all platforms. There are also a whole host of new clothing and collectables dropping on various retailer’s websites in celebration of Mass Effect, such as Dark Horse, Volante Design, Sanshee, and the official BioWare Store. Finally, Mass Effect Legendary Edition on PC will be on sale on the EA App and Steam.

At the end of the blog post, Mike Gamble rounds off the news on 15 years of Mass Effect by leaving one final message, which reads:

In the nearly 15 years since the release of the first Mass Effect, the biggest reason we still love working on it is the warmth, dedication, and passion of this community. There are some of you who have been with us through everything. We’ve grown together, sacrificed Ashley together, (Editor’s Note: Or Kaidan, Mike! We all make different choices.) faced difficulties together…and laughed until our Faces Were Tired…together! And for those of you who are new to Mass Effect (thanks, Legendary Edition!), welcome! I can promise that many years of fun, adventures, and characters you’ll fall in love with are still ahead.

Regardless of when you joined us, through four games and more expansions, I can say with certainty that we’re in this because of you, and every N7 Day is a wonderful reminder of that. As we look forward, each week is a fun and exciting challenge for the team. We love bringing this universe to life, and although there’s much more we want to share with you, that’ll have to be for another time.

For now, there is something we want you to have a look at. We’ve intercepted some strange footage from one of the monitoring stations in known space. It could be nothing, but…

Video games are cool. Don't let anybody tell you any different.
MORE LIKE THIS
BiowareEAMAss EffectN7 Day