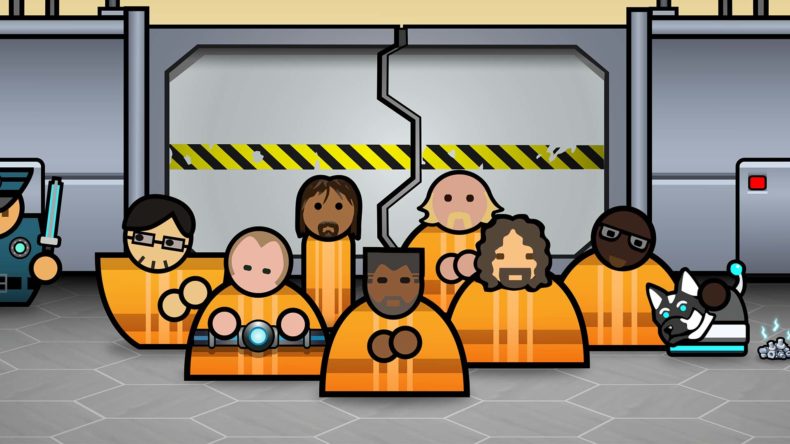 Paradox Interactive and Double Eleven have announced that the Prison Architect: Future Tech pack is out now for PC and consoles, and will cost 2.99 USD / 2.09 GBP / 2.99 EUR.

The upgrade pack adds things like searchlights, keycard-activated doors, and two robot dogs called Subwoofer and Byte (one of which is seen in the image, dropping a metallic todd on the floor). The idea is to add heightened security with this future tech, and this can be achieved by playing an inmate in Escape Mode.

This follows a recent “free for life” update, and even the undead spooky season update, which hit last month.

Elsewhere, the free update “The Slam” is also hitting PC and consoles today, which adds quality of life improvements, “more categories for your staff breaks”, a visitor zone, and more.