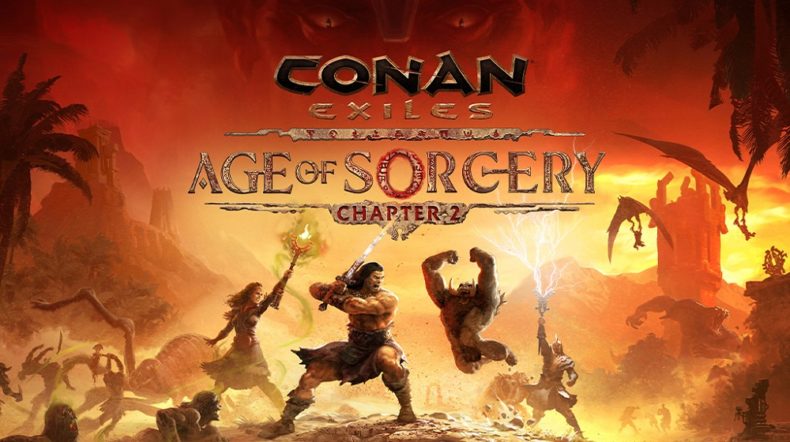 Funcom has today released Conan Exiles: Age of Sorcery Chapter 2, a free update for all players, as well as a host of purchasable cosmetics. You can see everything coming in the update in the trailer below, including the new Witch Hunt Encounter, where players can disrupt powerful rituals of one of four different boss-level sorcerers.

Players will also come across the camps of Khitan Headhunters in both the Exiled Lands and The Isle of Siptah, where they’ll task you with bringing them sorcerer NPCs in an effort to learn all about the new sorcery coming to the game. Bringing these NPCs in tact will reap higher rewards which includes a new armour set.

Along with the release of Conan Exiles: Age of Sorcery Chapter 2, Funcom has announced three new Twitch Drops, running from today until January 3, 2023. These drops will allow players to acquire two wall ornaments and the beautiful and festive Crested Lapdog pet, simply by watching Conan Exile streams on Twitch. To get these items and watch the streams, players can link their account to Twitch through a button in the in-game menu.

The wealth of new cosmetics that have arrived are all available through the Bazaar item shop and new Battle Pass, including the extended Stormglass building set, new armour and weapon looks, new pets, unique decorations, and more.

Video games are cool. Don't let anybody tell you any different.
MORE LIKE THIS
conan exilesFuncom