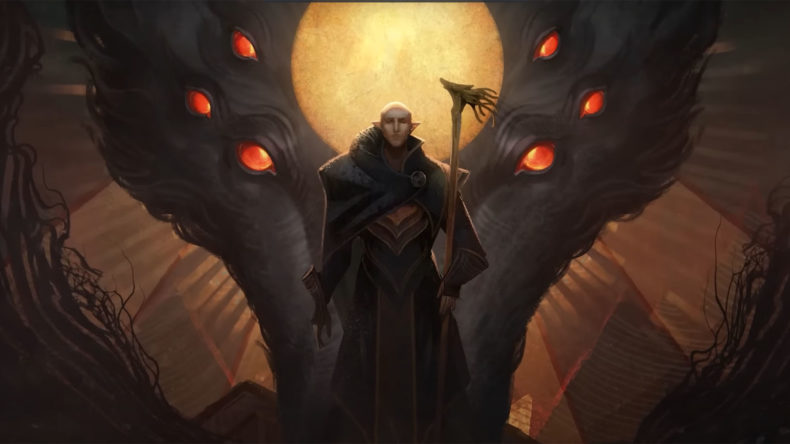 BioWare and EA love to celebrate its franchises, and this year’s Dragon Age day we got to see new Dragon Age: Dreadwolf and Dragon Age: Absolution media.

The star of the day (yesterday, December 4th) would be the Dragon Age: Dreadwolf 2D cinematic. Recently it was announced that the game had entered a stage where it was fully playable from start to finish, and was at the “production phase”, which is the point where they’re polishing, testing the narrative branches, and making sure it is right. It’s still early-ish days, but based on that info, it’s not impossible to consider a 2023 release for the game.

Anyway, the 2D Cinematic for Dragon Age: Dreadwolf is below:

One thing that will have fans of the series excited is that the Netflix animation Dragon Age: Absolution is kicking off on December 9th (this Friday). It’s a six part series in collaboration with BioWare and Netflix, and that also has a trailer. The developer also added that “Before you ask, we’re sworn to secrecy on any new details—but we can say that you should keep an eye out for interviews about the project, both from our developers and from the team at Netflix as the series rolls out over the coming weeks”.

There are also some Dragon Age: Absolution posters, which you can check out over on the official blog.

We have a lot to celebrate this year, with Dragon Age: Dreadwolf deep in development and Dragon Age: Absolution just around the corner. And of course we’ll be celebrating the whole franchise alongside you, including a new short story, a small collaboration with The Sims 4, and discounts on the games across all platforms

Dragon Age has a lot coming down the pipe, then, hopefully that new game also makes an appearance.