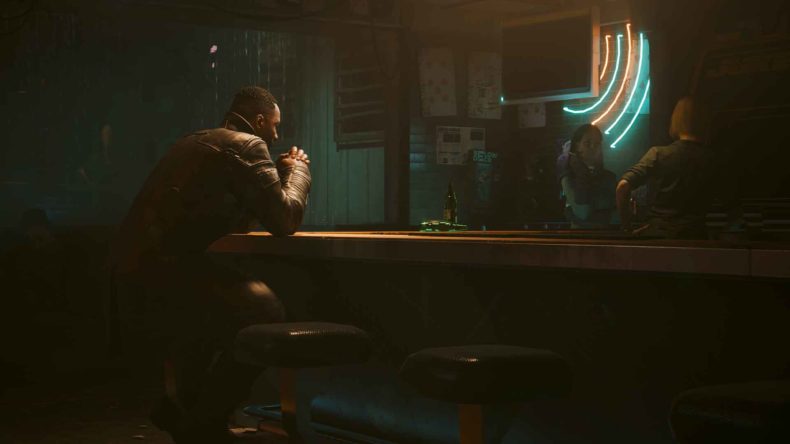 CD Projekt RED has announced that the first expansion for Cyberpunk 2077, Phantom Liberty will feature Idras Elba alongside Keanu Reeves.

Referring to the expansion as a “spy-thriller”, the new trailer debuted at The Game Awards 2023, and CDPR sent along the following information about it:

The teaser shown at the annual awards gala gives players an all new look at Night City’s Dogtown, where the expansion will be primarily set, as well as flashes of gameplay and brand new additions. The teaser also reveals new characters, chief among them Solomon Reed.

Played by actor Idris Elba (Luther, Fast and Furious: Hobbs and Shaw, Sonic The Hedgehog 2, The Suicide Squad), who’s joining the cast of Phantom Liberty alongside Keanu Reeves as Johnny Silverhand, Reed is a veteran New United States of America agent, and apparently the only person players can trust to help them fulfill an impossible mission of espionage and survival.

Following the teaser’s climax, the actor appeared in a special video message directed at the audience and gamers worldwide, commenting on the character of Reed and his role in Phantom Liberty’s story.

As well as the first full expansion, Cyberpunk 2077 is also a Netflix show now, called Edgerunners. It’s an anime set in the world of Cyberpunk 2077 which will came to Netflix on September 13th. During a segment dedicated to the anime in a previous showcase, Bartosz Sztybor — one of the creators of the show — sat down for an interview to provide insight and details about the anime, discussing the story, themes, characters, and more. He talked about the influence of collaborators Studio Trigger — the legendary Japanese studio bringing the world of the anime to life — the anime’s connection with Cyberpunk 2077, and more.

Cyberpunk 2077: Phantom Liberty will release for PlayStation 5, Xbox Series X|S, and PC in 2023, with an exact release date and pricing to be revealed.