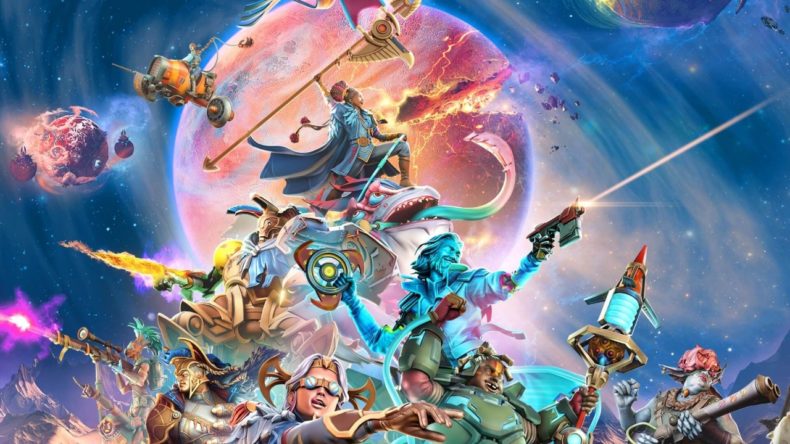 After launching in Early Access, it seems Moonbreaker is already going full tilt, with the latest update adding a second map to the game.

While there’s plenty of other changes, let’s get on to the main one, which is the new Cholek Excavation Site map, which is explained below:

Dive back into the Reaches and listen to the third episode of the “Tales from the Reaches” audio drama, “Astra’s Story”. The edge-of-your-seat, gripping episode will be available in-game or on your favourite podcast platform.

While digging for Cinder, a team of Smugglers discovered a collection of huge, magnificent stone head statues made by the Cholek. The eyes are a beautiful, polished purple gemstone of unknown name and value…

Unknown Worlds has also added loads of quality of life features, including a pain job-sharing option, which apparently the community has been asking for. There are also tutorial screens added for newcomers, but if you missed them they are available from the in-game menu.

Last update, we introduced the ‘Second Wind’ ship assist to help players who go second. So far, it seems to be having a positive impact on balance for the start-of-game. We’re keeping an eye on how it goes, and will tweak accordingly.

Poison damage now only applies to rivals: Furia with Poison will no longer damage herself to just 1 health when her passive ability triggers.

There have also been several bug fixes introduced with this update, including the Medical Recall bug, which got spotted by players after the last update.

We hope you love the new Cholek map, the introduction of Astra’s journey, and the quality of life changes introduced with this update. We have more to come before the year is out!

All the info on the patch notes for “EA 1.2” for Moonbreaker can be found at this link.

Moonbreaker is available on PC (via Steam) Early Access, now.