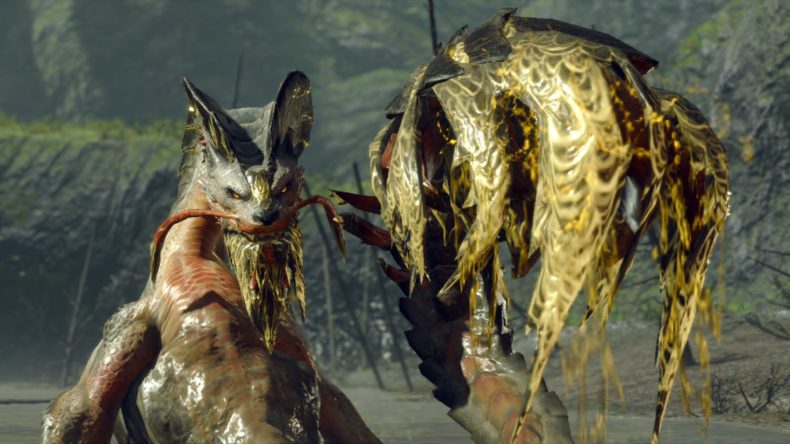 Almudron is a brand new Leviathan introduced in Monster Hunter Rise. He’s primarily dark brown and grey, with a muddy green beard and a solid ridge of bone that extends from his cranium down the back of his neck. You’ll find him in muddy, swampy, boggy areas such as the Flooded Forest. Almudron has a powerful roar and is surprisingly agile for his size. He resembles a traditional Chinese dragon, only, y’know, he’s filthy.

As with Somnacanth, Almudron is found around water and will often half-submerge himself below the surface, leaving only his huge head and enormous tail visible. Although he doesn’t have the Blast or Flash attacks of Somnacanth, Almudron specialises in massive area of effect attacks, and flings obstructing mud everywhere. Despite his filthy appearance, he’s a majestic beast that demands respect due to his heavy hits and speed. 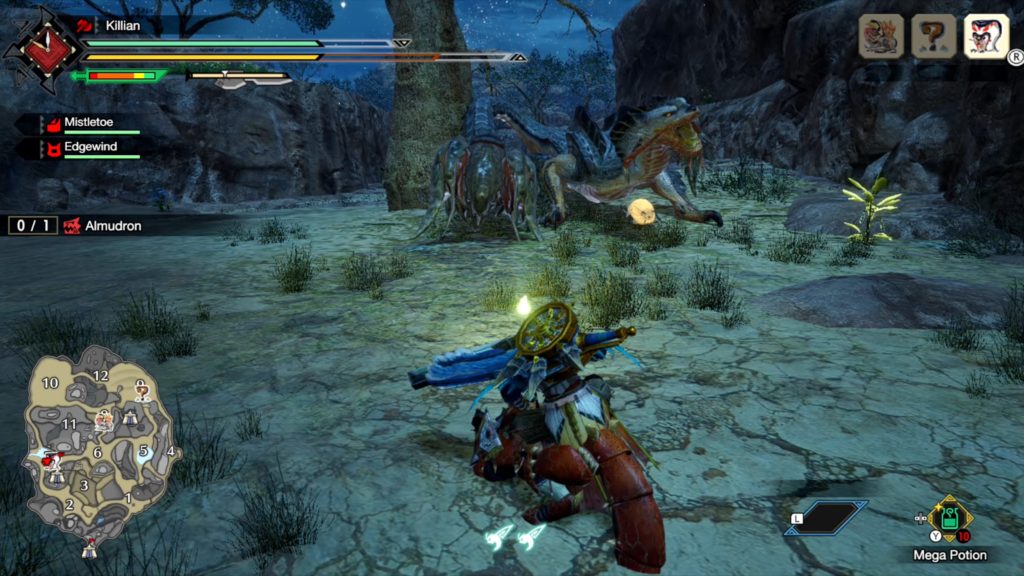 Almudron’s “element” is Water, which makes him immune to its effects, but he inflicts the “Muddy” status by creating huge waves of muck, launching balls of mud and raising massive walls of solid mud around himself that you can climb on and leap off – if they don’t knock you flying first. Almudron’s tail is capable of doing immense damage if he catches you with a ground slam, but he can also swing it left and right which covers a massive area.

He doesn’t have money front-facing attacks, so it’s best to avoid the tail where possible and aim for his face. Most attacks will bounce off the back of his head, so it’s often best to wait until he’s on his back to wail on his exposed face. Where possible, deal as much damage as you can to his tail – it’s big enough to be an easy target and is his biggest weak spot. 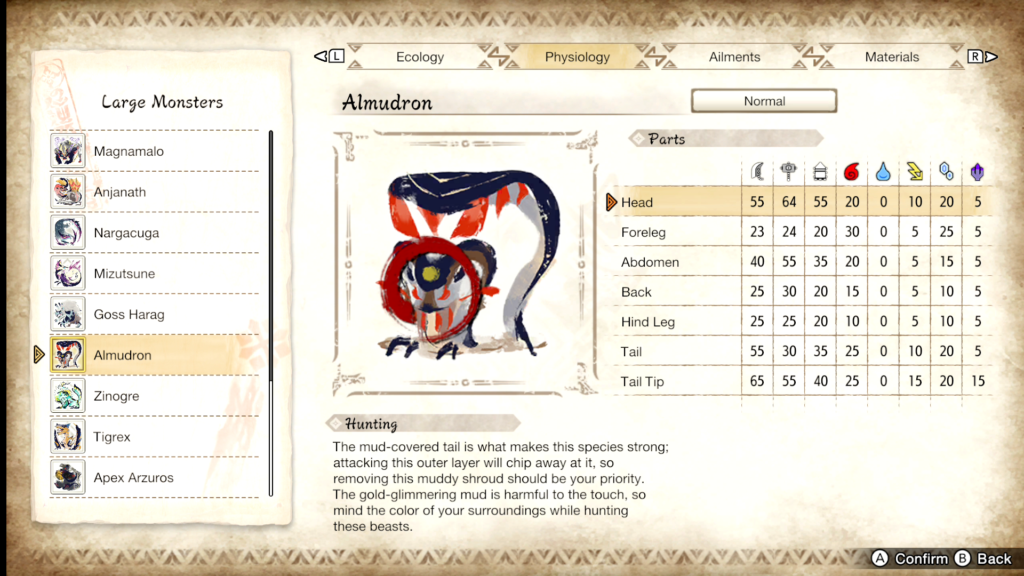 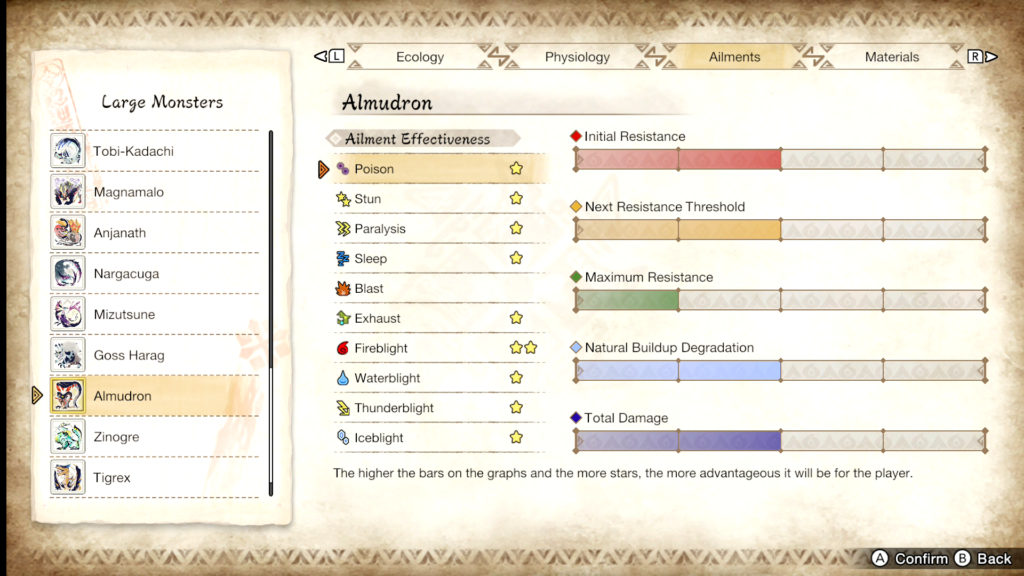 Unsuprisingly, Almudron is weak to Fire, and susceptible to Fireblight. You can also do decent damage with Ice, but don’t waste your time trying to inflict Blastblight as he’s practically immune to it.

Aim for his head and forelegs where possible, but unload all your heaviest attacks on his tail – in particular the tip. Bring Nulberries to counteract the effects of Muddy.

Almudron is found in the Flooded Forest.