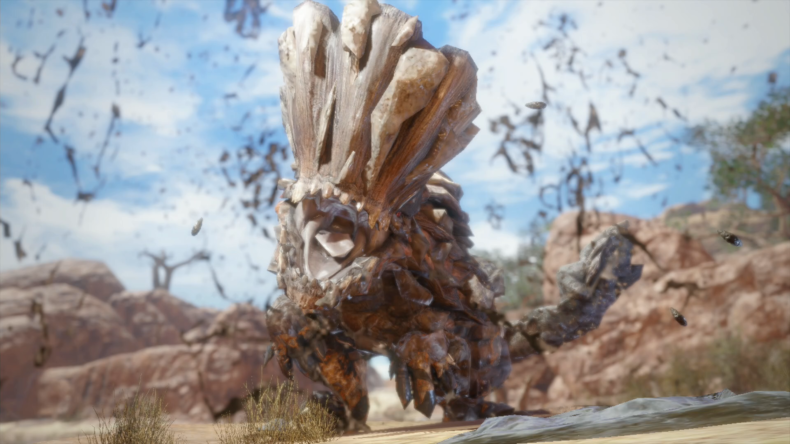 The Barroth is another returning monster in Monster Hunter Rise. He’s a large, deceptively fast monster with a hard carapace that can make him hard to hit. He also enjoys the mud a lot and that can make him difficult to deal with. With our handy guide, you’ll learn the best way to tackle this rocky, muddy beast.

Barroth has some very hard areas, particularly on his head and tail. This means slicing weapons such as the Dual Blades may struggle to do much damage here, if it all. This is especially true with earlier weapons which will have lower sharpness levels. As such you need to focus your efforts on areas where you can do damage if you have slicing weapons. Blunt weapons such as Hammers will have a much easier time and can damage Barroth’s harder areas more easily. Breaking these areas can then enable slicing weapon users to get stuck in. Ranged users should also focus on areas where they can inflict decent damage, such as the main body or legs.

Barroth will at times take great pleasure in bathing himself in mud. This makes the mud-covered areas harder to hit and do less damage, so focus on clearing the mud to get back to dealing regular damage.

Barroth is also incredibly quick for such a large monster, so hunters should always be wary of where he is and the direction he is facing as he could charge towards you at any moment for devastating damage. 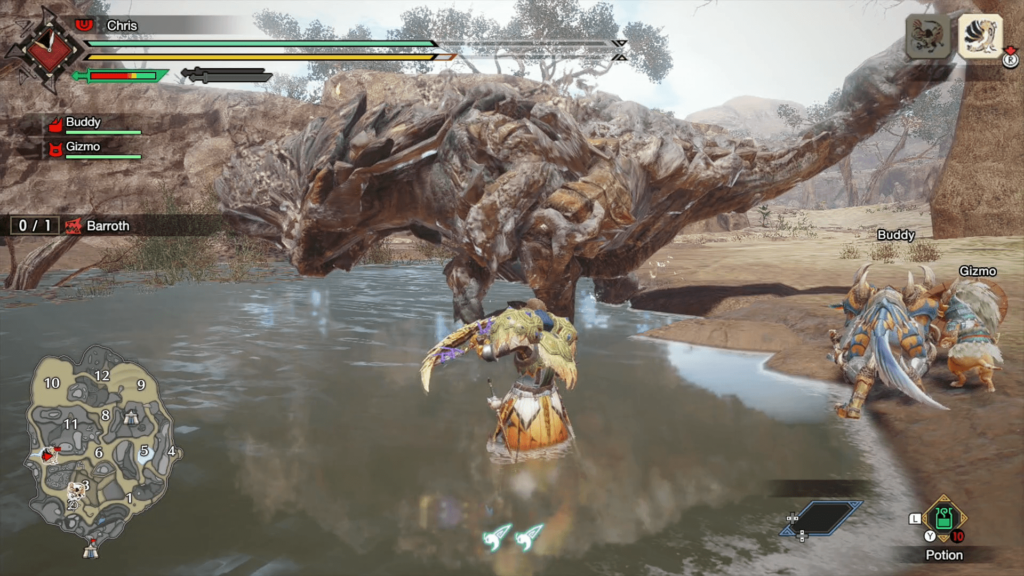 Barroth’s signature move is its charge attack. It makes use of its incredibly sturdy, rocky head, and charges at you with devastating speed. It is also incredibly quick for such a large monster, so hunters should always be wary of where he is and the direction he is facing as he could charge towards you at any moment for devastating damage. Also, listen out for the whistling noise it makes during the windup animation as this also signals it is about to charge.

Aside from general charging the other physical attack Barroth has is a swink of his mighty tail. This swings round in an arc and can catch melee hunters unawares if they’re not careful. It’ll knock you back if it connects, and could stun you as well, so keep an eye out.

Barroth also loves the mud in Monster Hunter Rise and uses this to his advantage. When he has rolled around in the mud, his body will be covered. He can then shake his body like an oversized dog, and fling mud around the nearby area. If this hits you as a projectile it’ll do damage, but the mud also remains on the floor for a while too. If you happen to run through it, it’ll slow down your mobility, making it harder to dodge Barroth’s attacks.

He’ll also occasionally hide in the mud, if there is any in the area, and can then swim underwater and come at you from underneath. Keep an eye out for the moving mud and stay way from his movements, so he can’t attack you from below as he rises out. 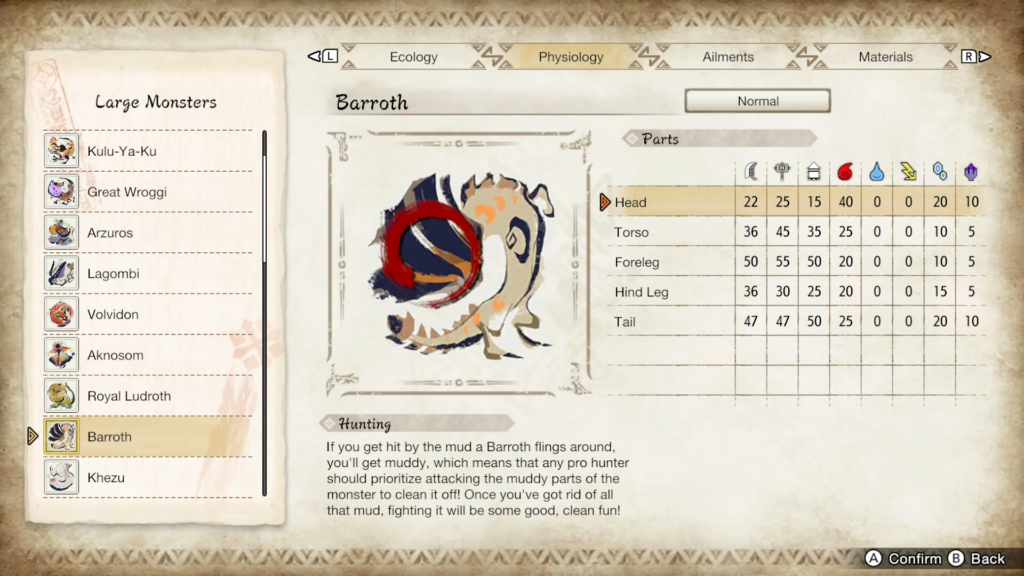 The best elemental type to use against Barroth is Fire Weapons, which are very effective on the head area if you can damage it. Alternatively, aim for the torso or tail (again if you can damage it). Ice is also a good choice if you don’t have a Fire weapon.

The Barroth is incredibly susceptible to Poison and Paralysis so stock up on items to help here, or equip weapons with these effects too. Blast is also a great option if you have a weapon of this type, as you can deal significant extra damage with it.

Also note, the Barroth Tail can be cut, make sure you damage it enough to break the shell, and use slice damage to cut it off. This works better with a well-trained party working together.

Barroth can be found in Sandy Plains.