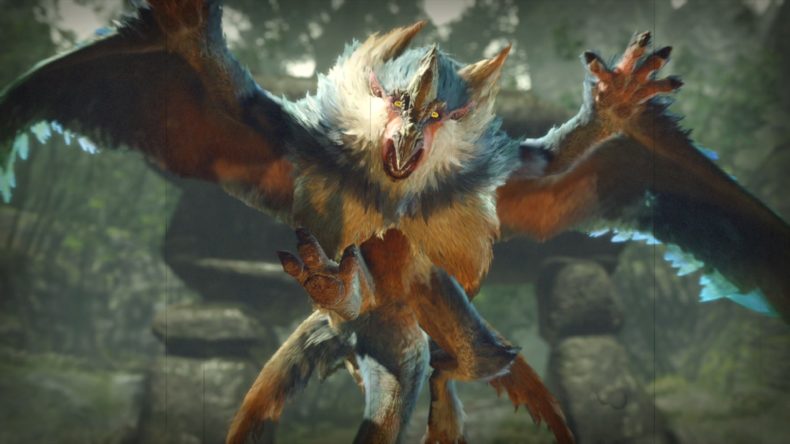 Bishaten is a brand new monster introduced for Monster Hunter Rise and it’s one of the coolest on the roster. Basically a big bat-monkey, Bishaten’s unique twist is that it picks up fruit with its weird tail and hurls it at you. At range, it’s pretty accurate but easy enough to dodge, although now and then it’ll load up a poison fruit and slam it into the ground to make a toxic cloud. And if you see stand on its tail and shield its eyes with its wings, move – as it’s going to hit you with a flash stun. Stun resistance is handy for this monster, especially in high-rank hunts.

The biggest issue with the Bishaten fight in Monster Hunter Rise is that this monster super agile. It has a wind-up attack that sees it corkscrew across an area with a wide damage window, or it will stand on its tail and swing at the ground around it like a weeble. Punish it for this, and you will usually knock it down for some free damage. You’re better set to save charge attacks for right after it slams the poisonfruit down, or when it’s on its back. 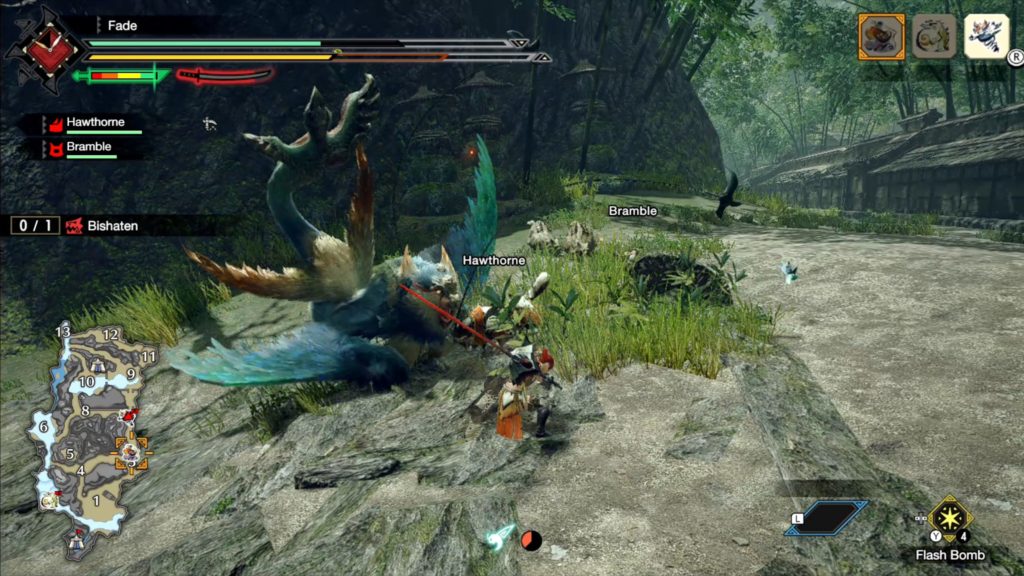 Don’t forget to run around and hoover up the fruit it drops as material, y’know, if you like that sort of thing. The jumbofruit will heal you if you use it while the poisonfruit makes a good poison bomb for other monsters. He’ll also drop flashfruit now and then which is self-explanatory at this point. Bishaten is only really dangerous in High Rank when you’re alone, as its enraged state makes it leap about like, well, a monkey. It can also stagger you with its roar unlike some early monsters, although you’re unlikely to have Earplugs available the first few times you face it.

If you can bring stun resistance or poison resistance with you on this hunt, do so, especially in High Rank as it will use the poison slam and a flash bomb on you quite regularly. Try to keep your distance when Bishaten is angry, as its fruit is fairly easy to dodge, and punish it whenever it misses an attack and you’ll mop it up in no time. 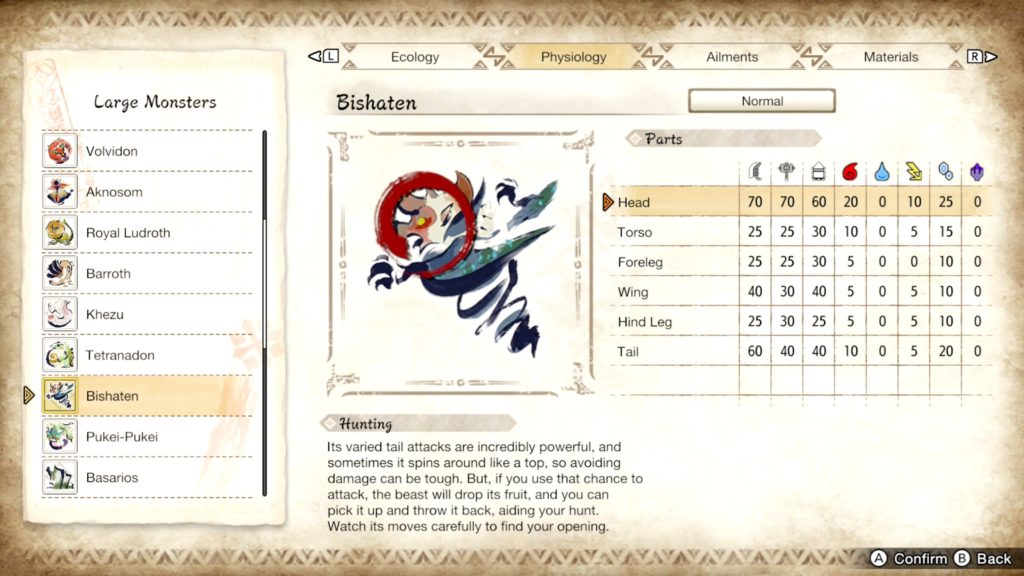 Fire and Ice are both pretty useful against Bishaten, and you’ll want to be aiming attacks at its head and tail for the most damage. You can cut its tail and break its head and wings.

Poison is almost completely ineffective but you can use Blast and Paralysis throughout the fight for an advantage.