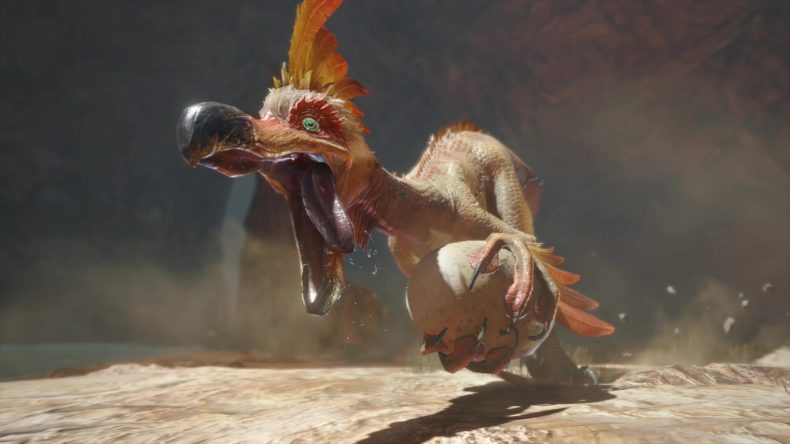 Kulu-Ya-Ku is one of those monsters in Monster Hunter Rise that seem to exist just to give everyone a bit of practice now and then. Not big enough to be a punchbag, but weak enough that it won’t give you much trouble, it can still take you by surprise if you’ve never faced one before.

While its attacks don’t do an awful lot of damage, Kulu is very agile and will leap about the place like a giant angry chicken pecking at the ground or drop-kicking hunters. It can be hard to pin down and land silkbind moves on unless you floor it first.
If you can get up high enough with a melee hunter, then go for the head, as this is where it is susceptible to the most damage. Accurate ranged hunters should also aim here too. However if you have to settle for other areas, particularly in melee, you’ll still find you do decent damage, so focus more on hitting Kulu-Ya-Ku itself than worrying about targeting specific areas too much. 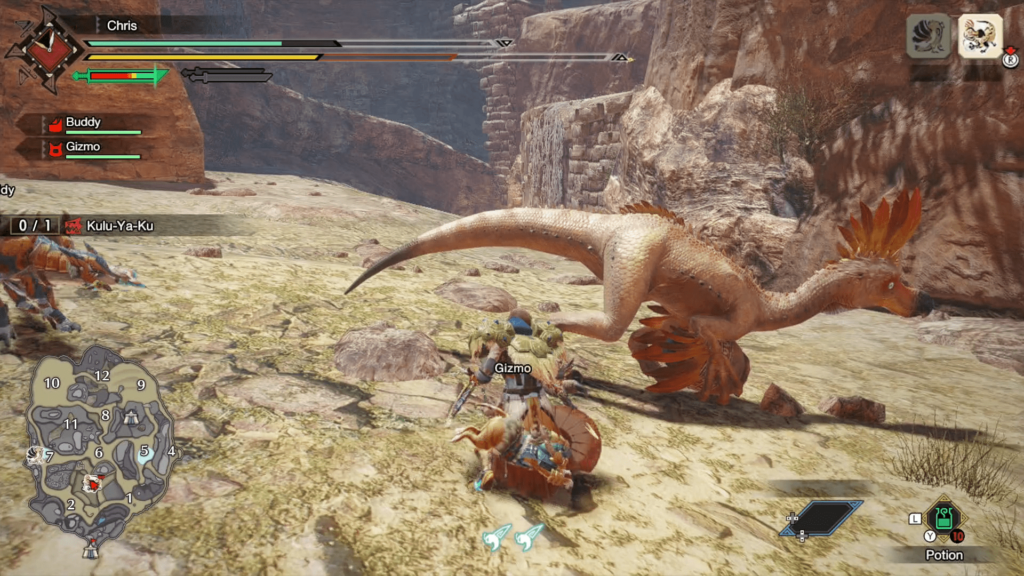 Now and then it will begin digging, at which point it’ll pull up a large rock or pot from the ground. At this point, frontal attacks will deflect, and you’ll need to attack the tail and body – or use a flashbomb to make it drop the item. It will leap forward with whatever it’s holding to do extra damage, and after a while will suddenly throw it at you.
In the early game, Kulu-Ya-Ku can be a bit of a pain for newcomers, but by the time you face it in Monster Hunter Rise, you should have a decent idea of your weapon of choice. As with all the fast monsters, take your time and wait for an opening to punish and the fight will be over in no time. 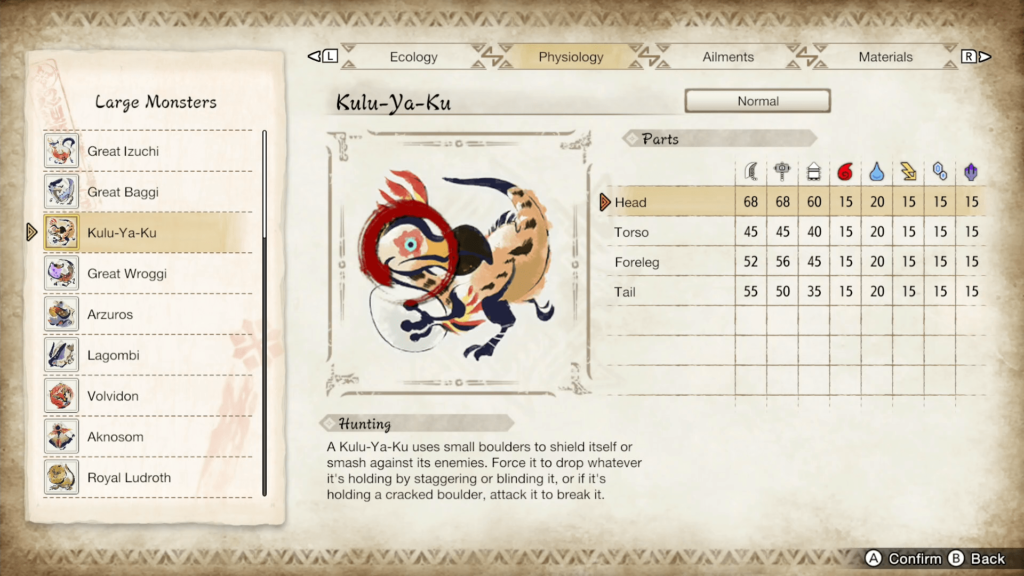 The best elemental type to use against Kulu-Ya-Ku is Water Weapons, which are very effective across the whole body.  Alternatively, any other element also does decent additional damage if you don’t have a Water weapon to hand.

The Kulu-Ya-Ku is incredibly susceptible to Stun and Waterblight, so stock up on items to help here, or equip weapons with these effects too. Blast is also a great option if you have a weapon of this type, as you can deal significant extra damage with it.