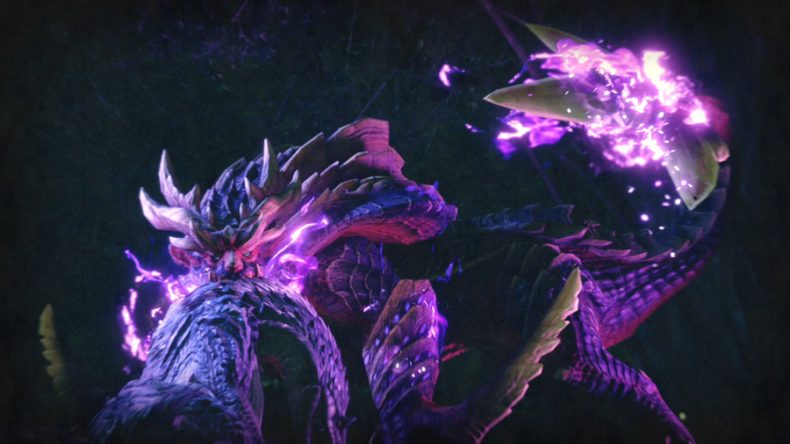 Magnamalo, the flagship monster for Monster Hunter Rise is no pushover and was the first one that gave me any kind of trouble even during the low-rank Village Quests. At High Rank he hits hard, moves fast, and has a few AoE cloud attacks reminiscent of Monster Hunter World’s Lunastra. Blight resistance and stun resistance are both very handy for this fight, and make sure you bring nulberries!

The first thing to note is that he’s quicker than he looks. Sometimes you’ll come across him sitting down, really cleaning his paws like a proud lion, and assume he’s a slow lump, but far from it. His tail is lethal, and he will use it to both whip around and jab at you. His attacks can give you hellfire blight, which is unique to him and works similarly to Blastblight. 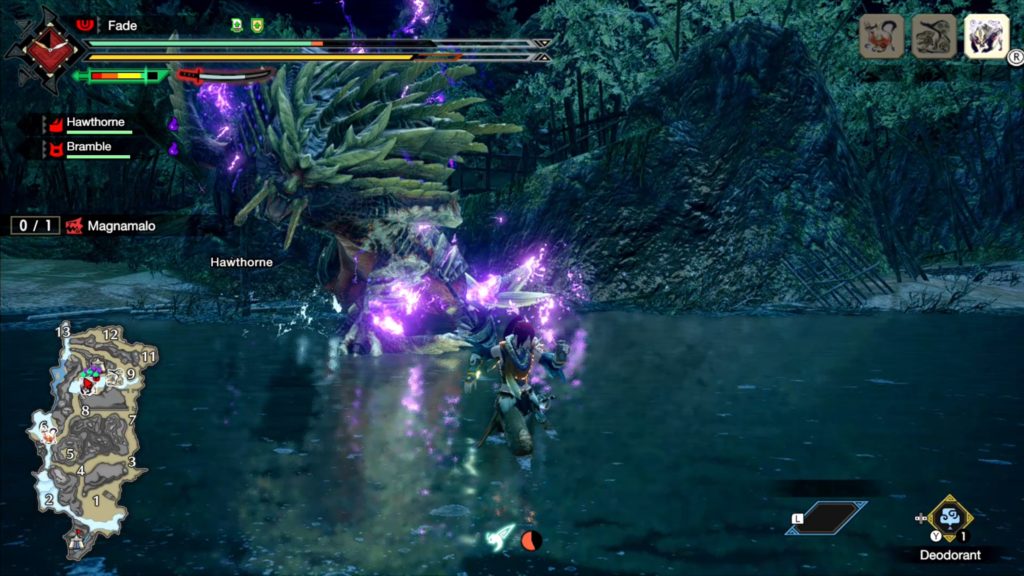 If you get afflicted, you’ll need to either use your wire bug or pop a nulberry if there’s time. If your hellfire pops in High Rank, it does serious damage and can finish you off if you’re not at full health. Magnamalo is best engaged carefully but aggressively. If you hang back he’ll fire balls of hellfire at you that don’t track but are very accurate. Up close he moves fast, so be quick with the camera – locking on doesn’t help a lot because he dives around so much. Now and then he’ll surround himself in clouds of hellfire that will explode – don’t be in on le when it does, especially if you have the blight.

Once enraged he becomes faster and more powerful and glows with hellfire which he’ll inflict with every attack. He will also pick up a new attack here, wherein he leaps up and comes down like a meteor. It’s easy enough to dodge but if it catches you, it’s devastating. He’s not particularly hard to stagger or knock down, but he won’t stay there long – but he is very damaging to other monsters if you get the chance to ride him. Also, remember he’s no Elder Dragon – so trap his ass if he’s a handful.