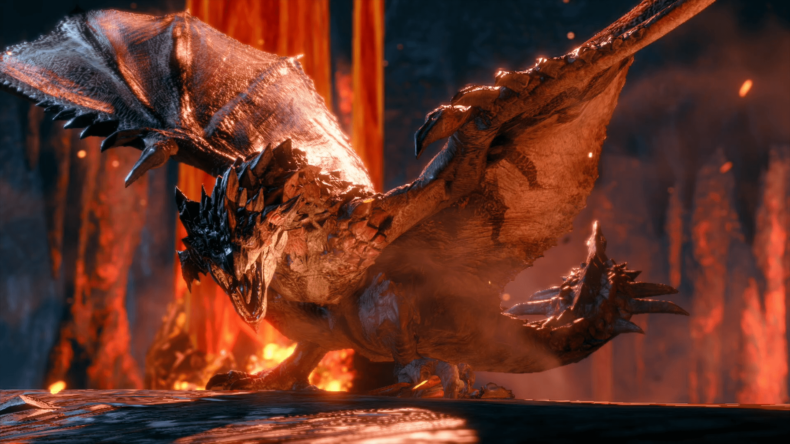 The Rathalos is the dragon king to the Rathian queen in Monster Hunter Rise. And as you may expect therefore presents a significant challenge much like the Rathian herself. Whilst a lot of their attacks and weaknesses are the same, the Rathalos has their own dangers to worry about. But have no fear, we’ll provide you with all the information you need to take down the dragon king.

Being a flying monster, Rathalos spends most of his time in the air in Monster Hunter Rise, which can make attacking her particularly difficult for melee hunters. You’ll find that Rathalos does this significantly more than Rathian, which may frustrate melee users a lot. The key, as always is waiting for him to land or get low enough and then wailing on her feet, tail, wings, and for the brave, his head. For such a large monster, he is deceptively quick and can move at a pace so make sure you keep an eye on him and watch his movements.

Ranged attackers should fare better to deal damage from a distance, but beware that Rathalos can still move towards you quickly and has ranged attacks himself that you need to be aware of. Hunters who can get above Rathalos will find that a relatively safer experience, as most of his attacks focus on you being at ground level.

Also note you can cut off his tail with enough attacks to it, for an extra carve opportunity. 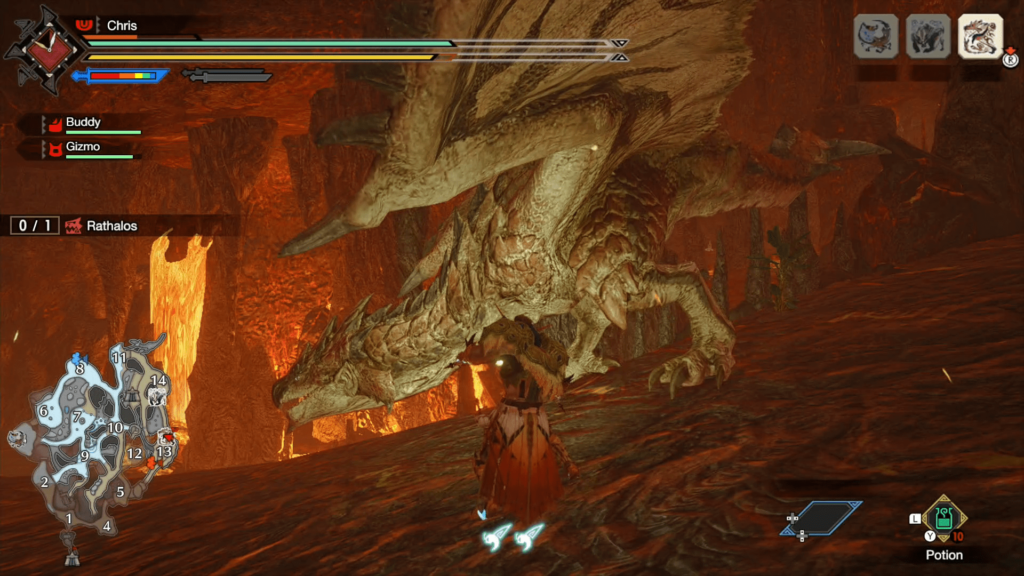 Rathalos, like Rathian, also boasts a poison attack that you need to be aware of, however the way it attacks with it is different from its female counterpart. Rathalos spends a large amount of time in the air, and will swoop at you quite frequently. If it catches you in these swoops, its talons will likely inflict the poison damage on you. As such always keep Rathalos in your field of vision when he is flying around the place, so you can see when he is swooping and dodge out of the way effectively. If you do get poisoned, bring Antidotes and Herbal Medicines to help. Poison Resistance also helps here.

Note: A well-aimed Flash Bomb can stun Rathalos and bring it crashing to the ground to assist in dealing some damage.

The other elemental attack to watch out for is fire, and this poses much more of a problem with Rathalos than Rathian. Rathalos can breathe fire from his mouth and frequently does. It’s more devastating than when Rathian does it, so you’ll need to be on the lookout. Fireballs and a stream of fire are both in his arsenal, and both will make you catch on fire if they hit. As normal, rolling several times with your weapon sheathed will put it out so you can heal and then get back to the action. Thankfully Rathalos does telegraph his fire attacks quite generously, giving you time to dodge, and principally get behind him whenever you can to be in a safe area. Fire Resistance helps a lot here and is recommended when facing Rathalos.

Other main attacks come purely from Rathalos’ movement and sheer size. He will charge along the ground and if he hits you, he’ll do serious damage. Similarly, the swoop hitbox is large so be careful of that as you can still take significant damage even if you avoid the poison attack. 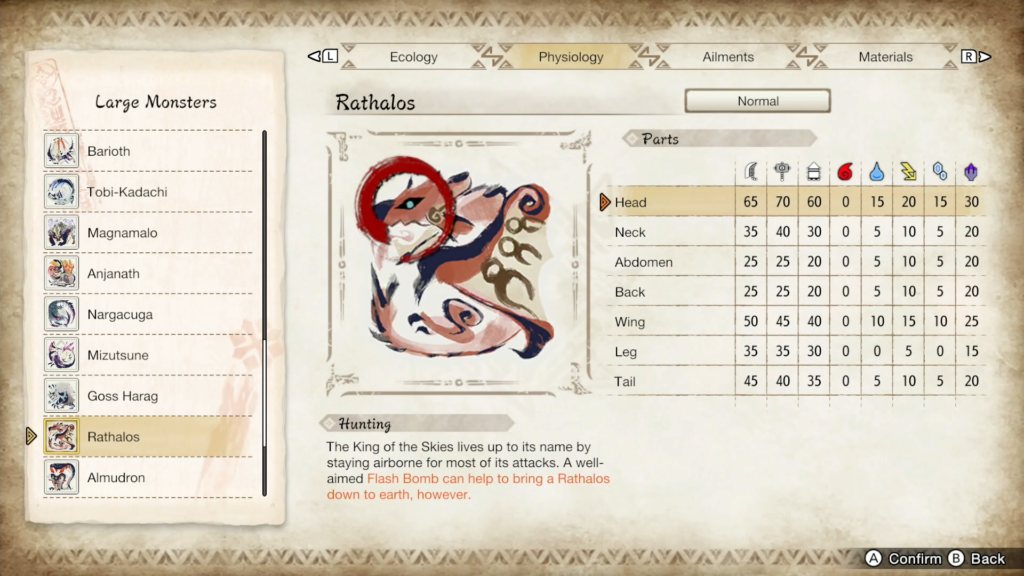 Rathalos is fairly resistant to most ailments but does succumb to Thunderblight easily and it lasts a good amount of time. This therefore makes Thunder a good choice again.

Rathalos can be found in Shrine Ruins and Lava Caverns.