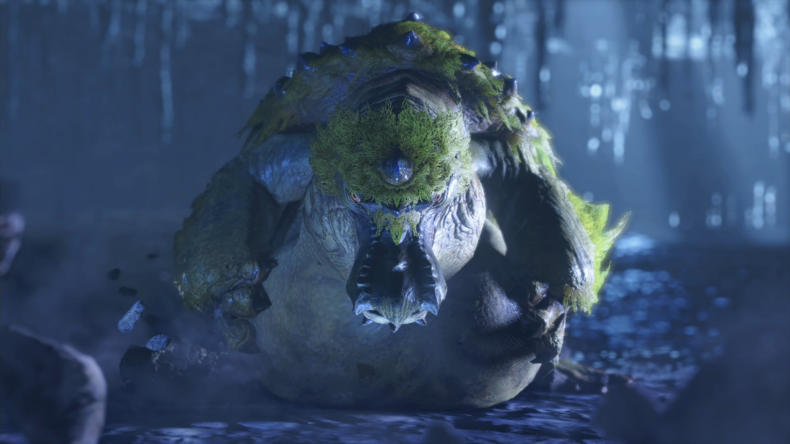 Tetranadon is a brand-new monster in Monster Hunter Rise, with a very recognisable shape and large belly to match. This large brute packs an even larger punch and wants nothing more than to gobble you up for its next meal. Patience is required to take down the enormous beast, and the pointers below should see you emerge victorious.

Tetranadon is a huge behemoth of a lizard, with a hard, mossy shell covering most of its body. Most hunters will find that initially its rear will be impenetrable to attacks, unless you have heavy smashing weapons, or slashing weapons with strong sharpness. His head area is much more susceptible to damage but houses a huge jaw which can do devasting damage if you’re not wary to his attacks and time your approach well.

Ranged attackers will fair reasonably well and should remain in relative safety, although will likely deal less damage unless they can hit that precious head or neck area with a crucial shot.

Getting above him puts you in relatively safety, and allows you to hit his back shell. Whilst this is protected, his slow movement means you should be able to get quite a few hits in and that chip damage will soon add up if you keep doing it. 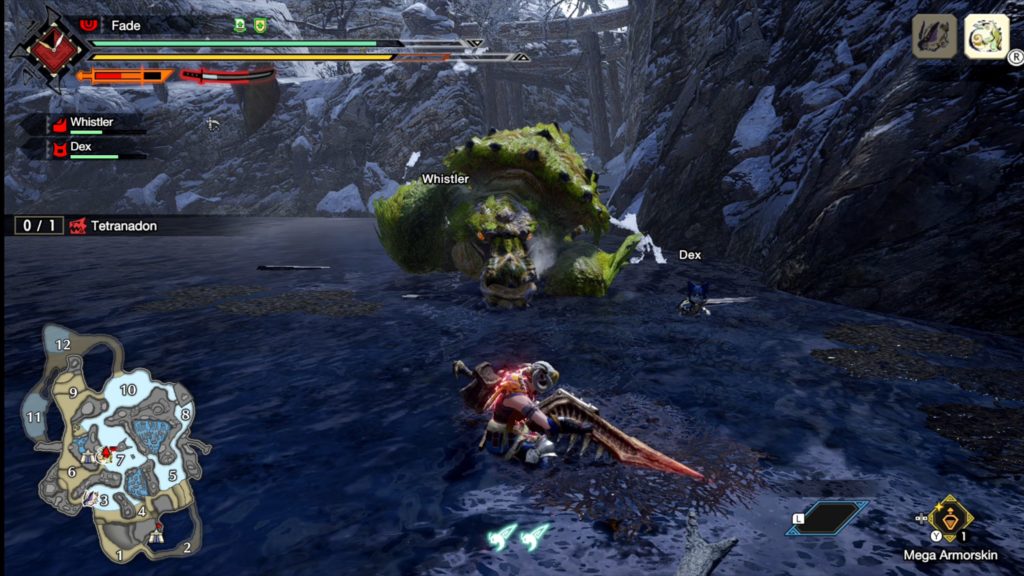 Unlike most other monsters, Tetranadon is relatively slow in Monster Hunter Rise, with his lumbering frame causing him to lack the pace and agility of other foes. However, the counterpoint to that is he packs one heck of a punch when his attacks land, so you will need to be careful. Tetranadon can slam in various directions to deal with unsuspecting hunters around him, swipe ahead of him with his hands or bite with those huge jaws to do big damage to hunters in front of him. He will also slam backwards if hunters are spending too much time behind him.

Tetranadon is a hungry monster and you can find he can actually gobble you up if you get too close. He will then chew you and spit you out dealing damage, but more crucially, leaving you lying on the ground, unable to move for a few moments. This makes you vulnerable for Tetranadon to charge at your body, dealing additional damage, which can put you in serious trouble.

When Tetrandaon gets enraged he makes quite a physical change. He is full up, and his stomach pumps up significantly. This makes him stand up on his legs, making him move quite differently. His head is now higher up so harder to hit with melee attacks but the belly is a prime target now for your attacks.

Be wary though, in this position, Tetranadon is likely to get mad. When he does this he’ll pick up a huge piece of rock from the ground and launch it across the area, at hunter or two. It deals large damage and should be dodged if you can, although the large area of the rock can make this tricky. A Wiredash is another option for a quick escape. 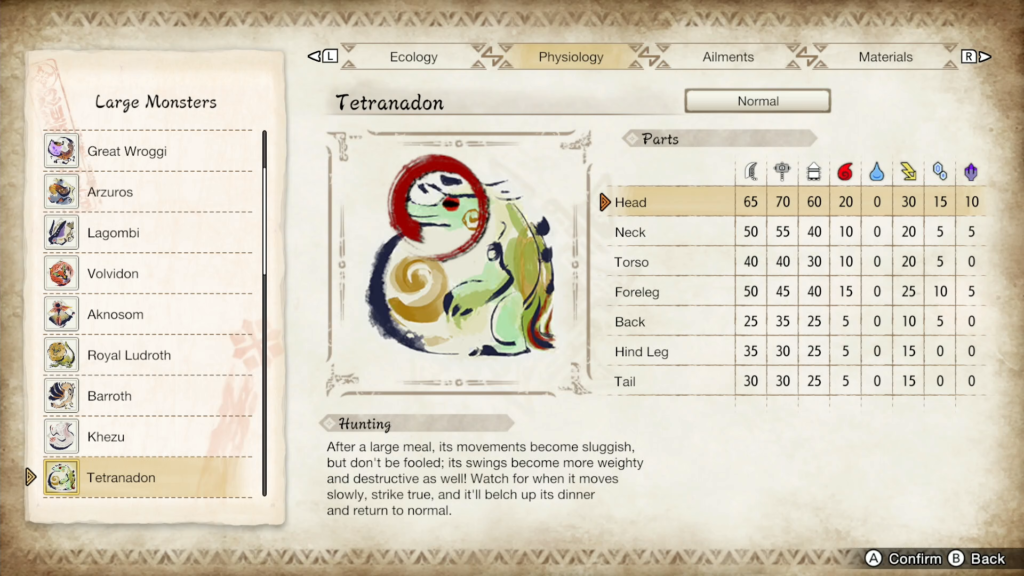 Tetranadon is very susceptible to Paralysis so go with use items or weapons with that effect if you can. Thuderblight is also reasonably good, making Thunder weapons a good choice as mentioned above. Blast is also another option if you have a weapon of this type, as you can deal extra damage with it.

Tetranadon can be found in Shrine Ruins, Frost Islands and Lava Caverns.