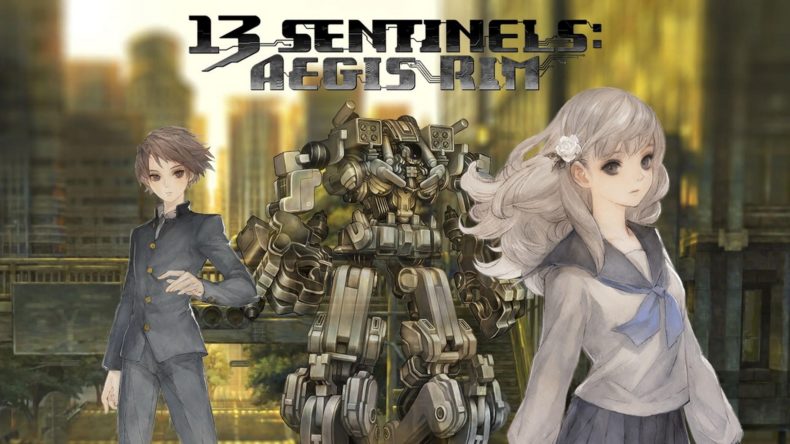 There are so many ways of telling stories through the medium of video games. From audio logs and anime cutscenes, to item descriptions and ARGs, games have been spinning yarns in all sorts of interesting ways for decades. Despite the simplicity of the visual novel genre, titles like Doki Doki Literature Club and the Zero Escape games have been able to find unique ways to tell their narrative, with incredible results. It didn’t take me long to realise that the storytelling in 13 Sentinels: Aegis Rim was going to be another title that tried something special.

In 13 Sentinels, you follow the journey of 13 high schoolers as they discover their world will soon be invaded by huge machines and that it will be up to them to pilot the Sentinels to protect the earth. Each of the game’s 13 characters has their own story to follow, which intertwine to reveal more about the Kaiju threat and the origins of the Sentinels. The teens will journey through time and space, meet androids, and maybe even fall in love as they discover their life is not as it seems. 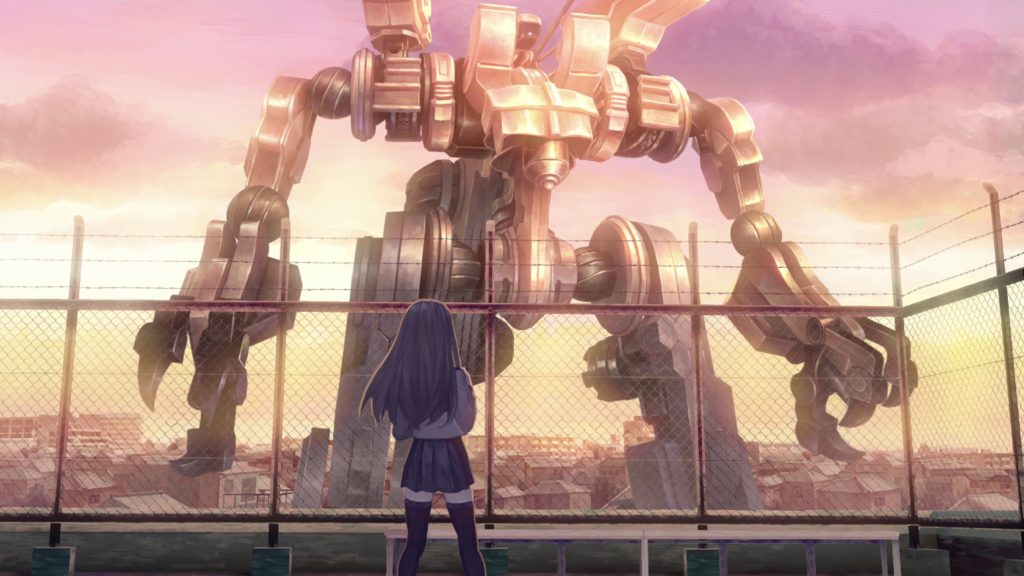 After a short tutorial campaign, you’ll be able to select whose story you explore and slowly unravel the Sci-fi mystery. The majority of these backstories before the big Kaiju battles take place in 1985, but many of the teens come from other time periods and have to adapt to 80s life. Each of the characters has their own trials to deal with, be it amnesia or getting stuck in a time loop, and seeing these stories unfold and how they fit into the overall narrative is fascinating. It can be a little intimidating to be presented with a ton of characters to choose from initially, but after focusing on a couple and meeting other characters along the way it was easy to ease my way into the bigger picture.

The characters themselves are hugely varied, and I fell in love with almost all of them. From the UFO obsessed Natsuno who meets her very own E.T, to Juro who has Sci-fi dreams that seem a little too real – each of the 13 high schoolers have their own unique charm and I just wanted to learn more about them.

These narrative sections play out almost like a classic point and click adventure game, with your teen of choice walking around environments, talking to their peers, and investigating the world around them. As you progress, new topics will be added to the Thought Cloud so you can learn more about them or bring them up to other characters. Often it will be very straightforward to move forward in the story (with no way to fail) but in some situations, you’ll have to line everything up perfectly in order to succeed or start again. You’ll never be sent too far back so this isn’t particularly frustrating, especially as you can fast forward any dialogue you’ve already seen. 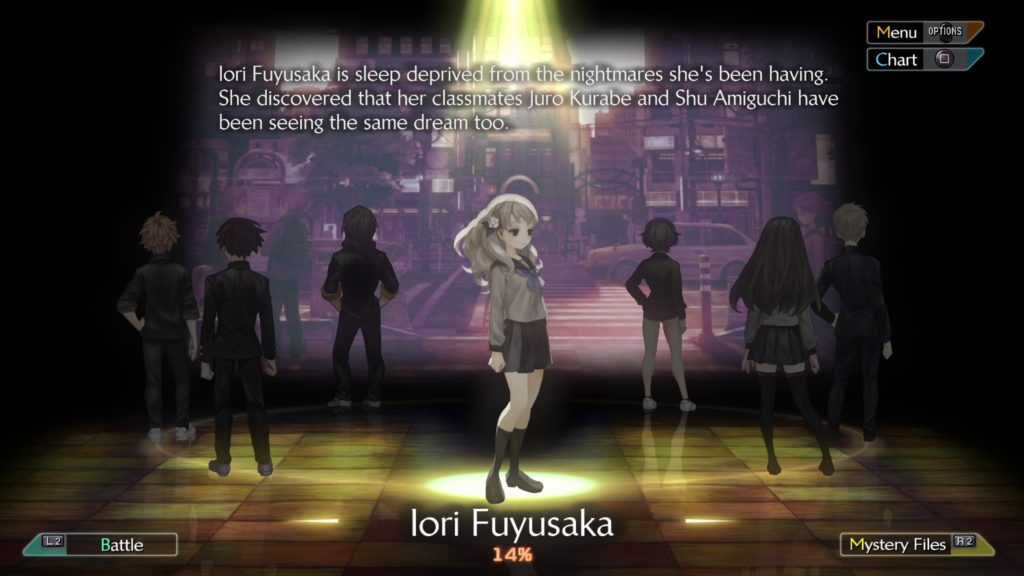 I’ve spoken a lot about the story, but there are actually three game modes in 13 Sentinels. Remembrance is where you’ll uncover the story of our 13 heroes, Analysis is where you can read more about the game’s events, and Destruction is where you’ll wage war against the Kaiju. On a backdrop of a top-down view of the city, you’ll guide up to 6 Sentinels to defend a terminal from the attacks of the metallic monstrosities. You can move and order each of your mechs to attack in real-time, with each character needing time to recharge before acting again. The blend of Real-Time Strategy and Tower Defence is unlike anything I’ve ever played before, and really enjoyable.

Your 13 characters each pilot mechs with different strengths and abilities. The Sentinels are grouped by what model generation they are, and knowing when to deploy the 1st gen melee-specialising Sentinels or when to deploy the long-range gen 3 Mechs can make a big difference on the battlefield. You’ll be told which of the vast array of Kaiju will be coming to try and take your terminal, so you can plan who to bring with you. 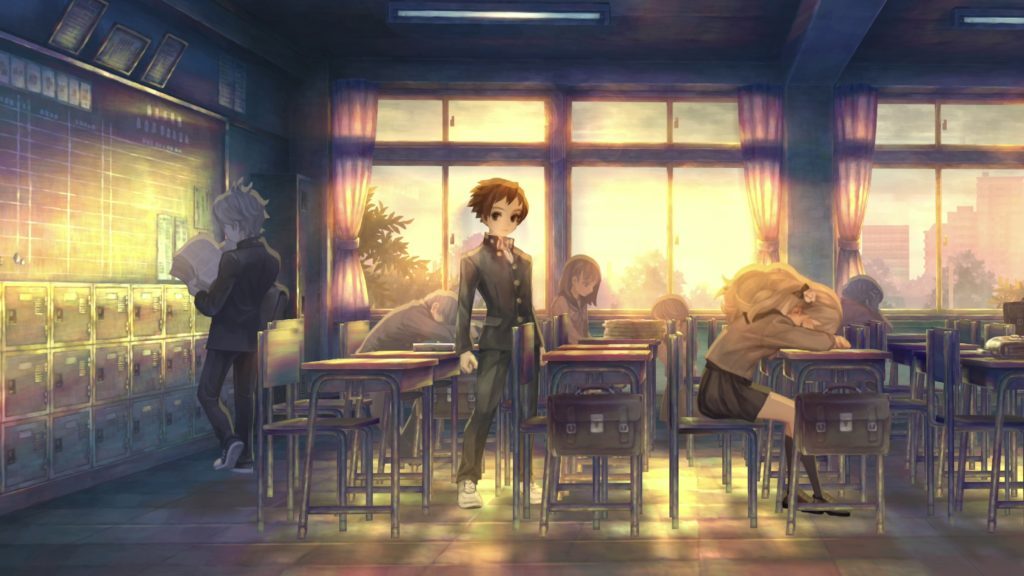 Between missions, you can upgrade the mechs with new attacks and stat bonuses. Little is more satisfying than upgrading a Sentinel so it can rain hundred of rockets around the battlefield and watching the destruction unfold. You can also buy super abilities you can unleash a few times a stage, such as an EMP to stun all the enemies (and ground the aerial foes) or a barrier to protect your team for 10 seconds. Utilising all of these abilities in tandem takes some getting used to, but unless you turn the difficulty up to Intense it’s doubtful you’ll fail a stage anyway.

Progress in each of the 13 Sentinels: Aegis Rim modes is dependent on the others. Sometimes you’ll be told you need to complete a certain percent of Remembrance to unlock the next wave of Mech battling, and sometimes you’ll need to have progressed further into the combat to continue a character’s story. This is usually to ensure you don’t get an aspect of the story spoiled for you, but it can be a little irritating when you just want to know what happens next.

If you’ve ever played a Vanillaware game before, you’ll know to expect some of the most impressive 2D graphics in all of video games. Not only is 13 Sentinels Vanillaware’s most visually impressive title so far, but it might be the most beautiful looking game I’ve ever played. What could be a drab modern aesthetic is made jaw-dropping with gorgeous lighting effects and an incredible level of detail. Small throwaway items drip with character, and I can safely say I’ve never wanted to eat 2D food more than during my time with 13 Sentinels. 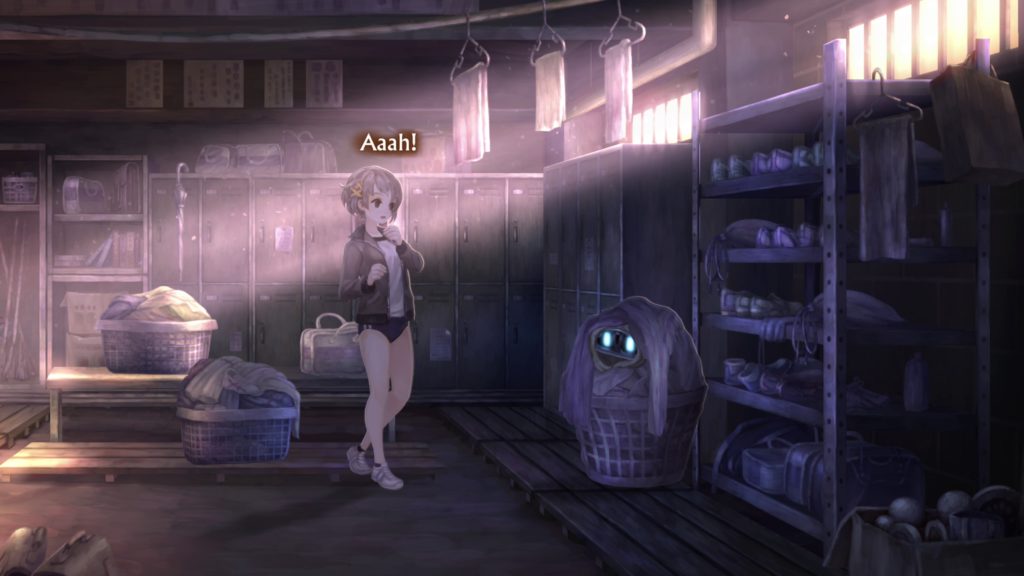 Going through all of the game’s content will set you back around 25-30 hours, but on completion, there’s still more to do. You can aim for higher ranks in Destruction mode, up the difficulty, or even aim for a few optional objectives to earn some mystery points used to find out more about some of the items and characters founds throughout your time-traveling adventure.

I only had one issue that really bothered me about the story in 13 Sentinels, and that was with some of the poor, closed-minded writing used in regards to the game’s Trans character. There are multiple references to the Trans girl being a weirdo for dressing “as the wrong gender”, and one of the narrative threads involves a boy struggling to come to terms with finding someone assigned male at birth attractive. It’s not uncommon for Japanese developers to struggle with Trans issues (see Persona 4) but that doesn’t mean it isn’t disappointing here.

13 Sentinels: Aegis Rim is simply an incredible feat of narrative engineering. The fact that Vanillaware was able to tell 13 individual stories, that you can enjoy in any order is very impressive, and the strategic gameplay and gorgeous graphics only add to the experience.

13 Sentinels: Aegis Rim is an incredible feat of narrative engineering everyone should experience, made all the more appealing by it's gorgeous art and enjoyable, deep strategy gameplay.