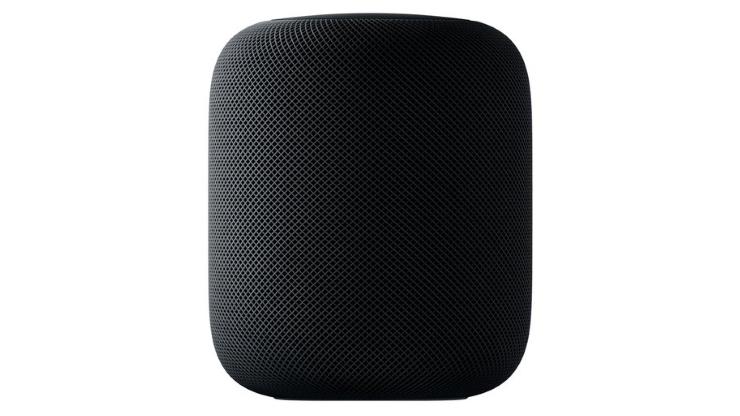 It’s been a while since a piece of tech made the hairs on the back of my neck stand on end. In fact, it’s not something that happens very often at all. Perhaps it’s easy to be dismissive of Apple’s HomePod, the speaker designed to work with Siri and your SmartHome that carries a large price tag when compared to the competition. We have two Amazon Alexa units in our home (one small, one large) but the quality of the HomePod’s audio is what truly sets it apart from the competition, and maybe me jump from Spotify to Apple Music again, which itself is a rather ringing endorsement, I think you’ll agree.

That dismissive attitude, however, isn’t entirely unfounded, because it has to be stated right here that the HomePod doesn’t really play as nicely with others as it could, and perhaps should. Like many Apple products, it’s designed to be used with other Apple products and, well, not much else. You can use Bluetooth to send Spotify to the HomePod, but what it’s actually doing is sending all audio to the device. This means if you get a text notification, or anything else for that matter, and your phone isn’t muted, that noise will also be beamed to the Pod. With that in mind, it’s not really Bluetooth streaming as much as it’s AirPlay-ing your phone to the HomePod.

Why does this matter, you might wonder? Why am I telling you this? Simply put, because if you use Apple Music you can send music, adjust volume, skip a track, or whatever, while also watching a YouTube video on your phone. Once started, the HomePod is controllable via voice, or your phone, but if you do it with your phone it’s a seperate thing happening. Swiping up on your phone to bring up the Control Center, you can use capacitive touch on the Music section and control both the HomePod, and your phone audio. It’s not entirely intuitive, and my first experience left me worried that I was always going to be interrupted by phone sounds. Within a few minutes you realise how the systems work and it’s easy, though. Design wise, I’m not here to tell you if you like how this thing looks. It’s very much within keeping of the aesthetics of the competition, only it’s larger. It’s sat on my coffee table and therefore I don’t sit staring at it, so even if you don’t like its look, I’m not convinced that’s a deal breaker. There’s a circular touch panel on top which has audio controls that light up when touched, and a simple tap pauses the music. It’s all very Apple, which is to say it’s simple, sleek, and effective.

But let’s get to what matters, and in truth, the reason why this device destroys all other Smart Speakers: the audio. The heft behind the base is insane. There’s no easy way to talk about this without sounding like a hype-man for it, but one of the first songs I listened to has a late entrance for the drums, and when they hit, they hit like a truck. The first snare hit was enormous, and it made me hear the song in a way I’d never realised it had even been mixed. The highs are crisp, the lows are beefy, the vocals are clear: this thing has no right to be this small yet sound this good, but that’s just how it is.

I should state, I’m not really a fan of cranking a speaker up to 10 as a sign of quality, because nobody listens to music on “max” volume, really. That said, if you crank up the Amazon Alexa I have, the sound distorts before you hit max, and is unlistenable at top volume. The HomePod, then? Yeah, it passes the test and then some. It’s too loud for my home. At top volume it’s terrific, and while it’s not as clear as at comfortable listening volumes, it’s capable, if that’s your bag. Apparently the speaker actually adjusts its sound by analysing how the sound is bouncing around it, but regardless of that magic-tech, it just sounds amazing wherever I’ve placed it. When it comes to being a Smart Speaker, it’s a difficult one to test. We’ve got a lot of Hive products set up, from our heating to some lights. HomePod doesn’t play with that at all, but I’ve discovered this may actually be a Hive thing, not an Apple thing. Apple’s speaker does, however, work with the LightWave RF switches we have and is responsive and snappy. Siri has very rarely misunderstood a command, and even when holding my phone nearby, the HomePod seems to intuitively know I’m talking to it, and not the phone, or even the Apple Watch I wear. Running both Siri and Alexa in conjunction has shown how advanced Siri truly is, mind you, and it never misses a beat.

You’ll perhaps notice I haven’t talk about setup, and that’s because it’s so simple it’s barely worth a mention. Hold your phone near the speaker and it’s pretty much done. A few prompts will appear, but that’s it. Maybe it’s an annoyance to some that you need an iPhone or iPad, but why you’d be buying a HomePod if you don’t own either of those is beyond me.

It’s a difficult one, the HomePod. On one hand I find it hard to criticise for being within the Apple Walled Garden when it is, after all, an Apple product designed for use with other Apple products. It’s also hard to know, often, if the lack of integration with third-party apps is on Apple or the developer: for example, I don’t use the official Podcasts app, so playing pods via my chosen app isn’t as simple as using the official one. On the other hand, not everyone is going to be so happy to move from, say, Spotify to Apple Music. I like Siri’s voice, and I found the voice recognition to be superb (better than the competition), and the audio quality is simply outstanding, but the price isn’t low.

Apple’s SmartHome integration is getting there, but third-parties do need to get on board quickly to help it out, and whether you want the HomePod depends largely on how much you care about audio quality, and how heavily you use Apple devices already. Things are only getting better, mind you, and for the money, it’s by far the best quality speaker I’ve heard in ages.

An amazing sounding speaker that is improving, but needs third-party support to be truly universal.