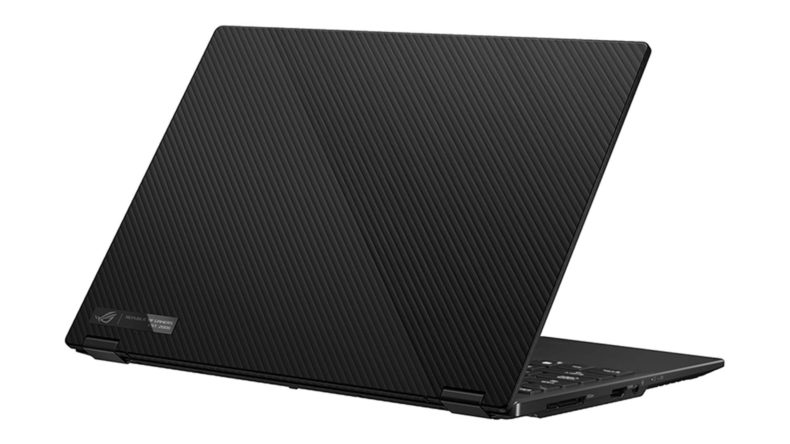 Whatever you want from a laptop in this day and age, the Asus ROG Flow X13 offers it. Video editing is no problem. It eats games for breakfast. This is a highly portable laptop that has a tablet mode, touch-screen, health specs-list, and is just everything you’d want in a modern PC. It pretty much does everything.

Let’s start with the biggest thing, however. This is a laptop that is also capable of being your desktop. Now that might be controversial, but let me explain. The Asus ROG Flow X13 has an external graphics processing unit (eGPU) that is a game changer. Sitting in the cafe, it’s a small form factor laptop but also a tablet. It has a battery of around 4 hours or more, depending on what you’re doing, and is discreet enough to go in most bags.

Boot up a game that doesn’t require a major spec GPU and you’re laughing, too. Using it in tent mode, I lay on the bed with a wireless Xbox One S controller playing Risk of Rain 2 for a few hours plugged into a wall socket. It was easy, and looked good on the GTX 1650 inside the machine. But what about if you wanted to play something like Red Dead Redemption, though? Well, hello eGPU.

The eGPU is an nVIDEA 3080 series card that instantly turns the laptop into a 4K monster PC. Would I prefer 32 or even 64GB of RAM to the included 16? Yes, of course. Could you even buy a 3080 if you wanted to upgrade your PC? Not a chance. 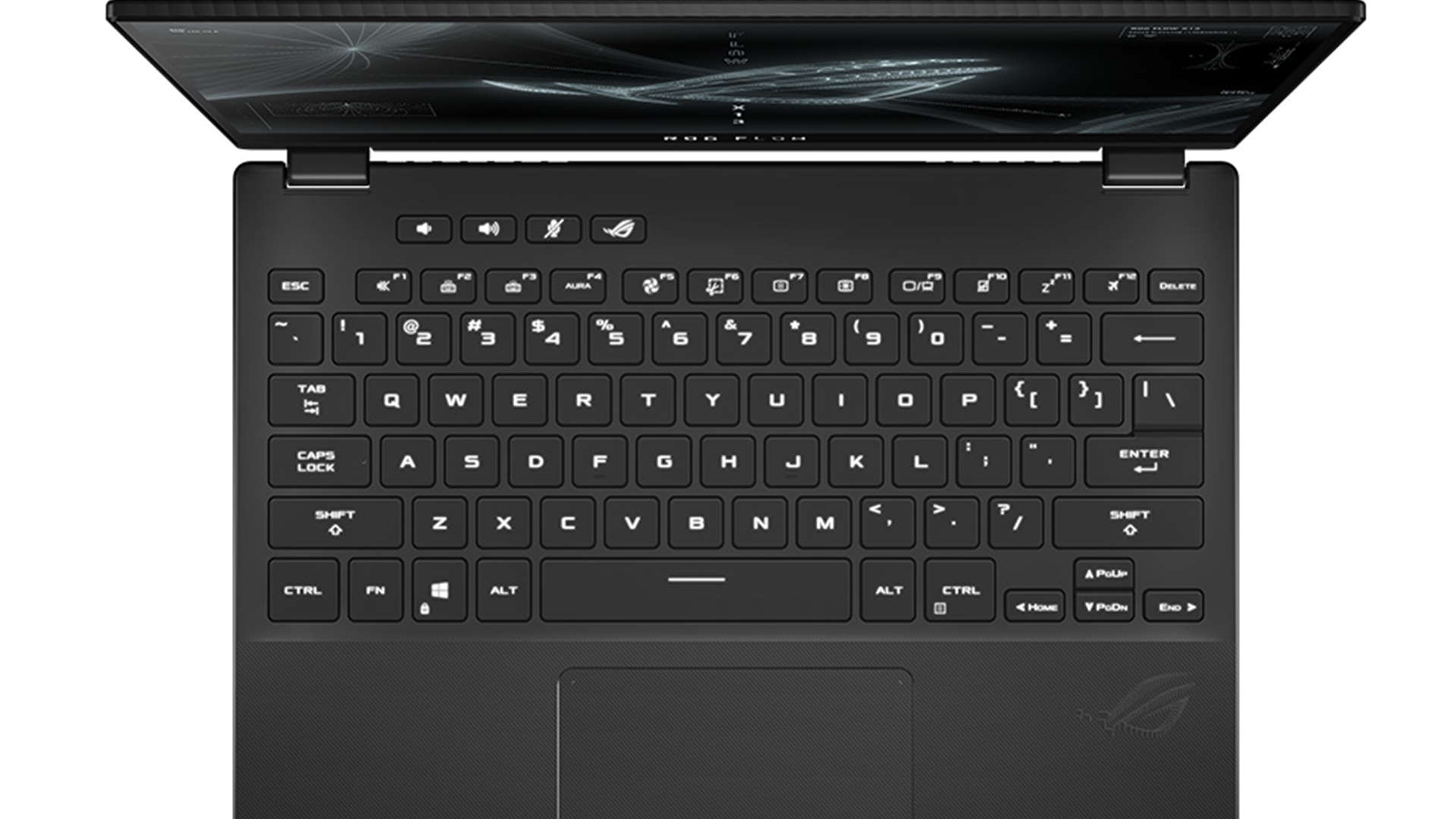 In many ways the eGPU could be considered a “dock” for the laptop. It connects by a wire, but on the eGPU casing you have multiple I/O ports that turn it into so much more than a laptop. HDMI and DP out enable you to send your laptop to two extra screens, and there’s even an ethernet port for a wired internet connection. Four high speed USB ports allow you to connect most things to the Asus ROG Flow X13 without needing a hub, too. There’s even an SD card reader, which really is above and beyond the call.

The elephant in the room with this particular feature, then, is the ridiculously short cable. While the power cable is fine, the connection that turns the laptop into a more powerful device is absurdly short. It’s not that I want it to be 10 meters or anything like that, either. It’s so short that it barely even bends away from the dock itself to give you room to connect it. Once connected you “lock” it in place with a clip on the cable, and you must “disable” it on the PC before you remove it. I genuinely cannot believe the cable length was approved; that’s how short it is.

Cool runnings (or not)

The thing is, when docked like this you’re going to probably have a monitor, keyboard, and mouse all hooked up to it. And once it is in place, you probably won’t notice, or care. The laptop itself is a small form factor, as mentioned, and takes a lot to get on top of it when it comes to throwing power-draining software at it. Video editing is a breeze, even in 4K, and gaming is just superb.

That said, there is another issue that will be a deal breaker for some. Many won’t care, but the fans in this thing get loud. We’re not talking launch PS4 aircraft carrier loud, of course. But nonetheless, when it’s running anything taxing, in standard or eGPU mode, it is audible. Watching videos and streaming movies is fine: you won’t notice it there. 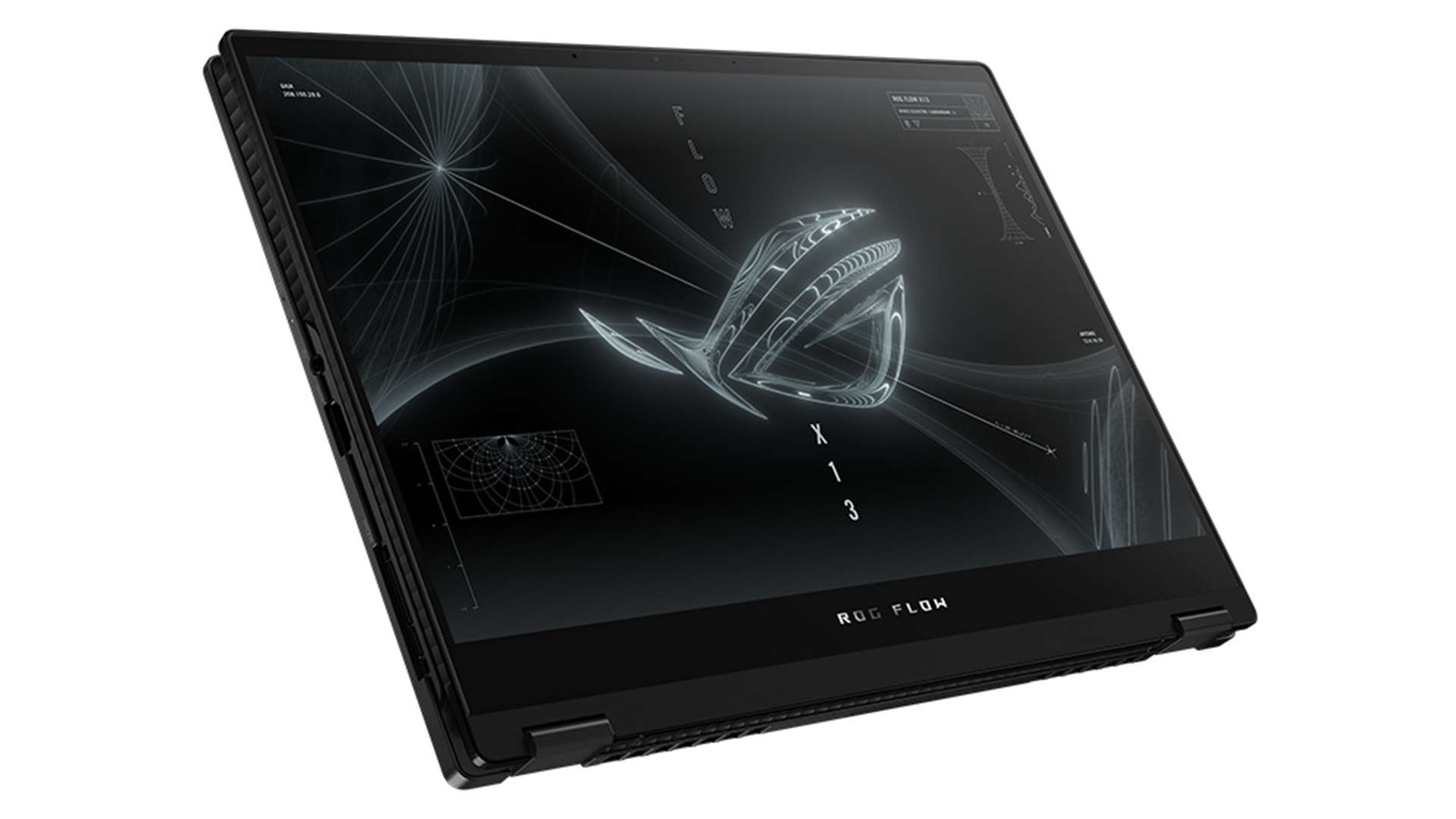 It all comes down to how you use it, really. The eGPU itself also kicks up some fan noise when pushing the 3080 a bit. This is likely because it’s a mobile GPU and not a full sized 3080. The form factor of the casing means it has to do more with less room. I mostly played games on it with the eGPU enabled and then running a lengthy HDMI cable to a 4K OLED TV. I didn’t notice the fans as much when doing this due to the distance, but even then, they’re audible.

In addition to the fans, the laptop also get pretty hot. I never burned my legs or anything silly like that. But on battery, sat doing some more casual browsing and work, I certainly noticed the heat on my legs when wearing shorts. Moving to placing it on the sofa and watching videos, again, it left a noticeably warm patch. It’s recommended you use “tent mode” like this as you get more heat exhaust options. There’s very little clearance between base and object it’s placed on when in a normal laptop configuration.

Being brutally honest, I didn’t find tablet mode too useful. The screen doesn’t come away from the keyboard, it actually folds all the way into a thicker, one-piece model. But this means the keyboard can be touched by mistake, because it’s still there. There are options to stop this but I wonder if the average user will just think it’s a flaw before investigating.

Tent mode is where you essentially use it as a tablet but the keyboard makes up the stand on the other side. This is a great way to play games as the screen itself is really crisp. It’s 1080p but a 16:10 aspect ratio, which is only noticeable when you have to fiddle with resolutions using it via the HDMI output to a TV or similar. The USB port are easily accessible in any of the configurations, and there’s a handy HDMI out on the laptop itself, so you don’t have to connect the eGPU whenever you want to broadcast to a bigger screen.

The battery itself is charged with the included USB-C based cable. But you can just leave it plugged into the eGPU as well, and it’ll charge that way. This is a 13 inch laptop weighing 1.3KG and just under 16mm thick. It’s low profile, high power, and I absolutely fell for it.

It’s the best of not just both worlds, but all worlds. A light weight laptop to throw in your bag, but also a high powered desktop PC. This is a tablet, or mobile gaming PC. It’s durable but sleek, and even has a fingerprint sensor on the power button. Getting it with the eGPU is going to hit you in the wallet, there’s no denying that. But bloody hell, what a machine.

Handles everything thrown at it
Jack of all trades, and master of them
With the eGPU it's a gaming beast

Price
Some issues with eGPU upon wakeup

The ASUS ROG Flow 13 is a stunner. It’s a lightweight laptop to throw in your bag, but also a high powered desktop PC.