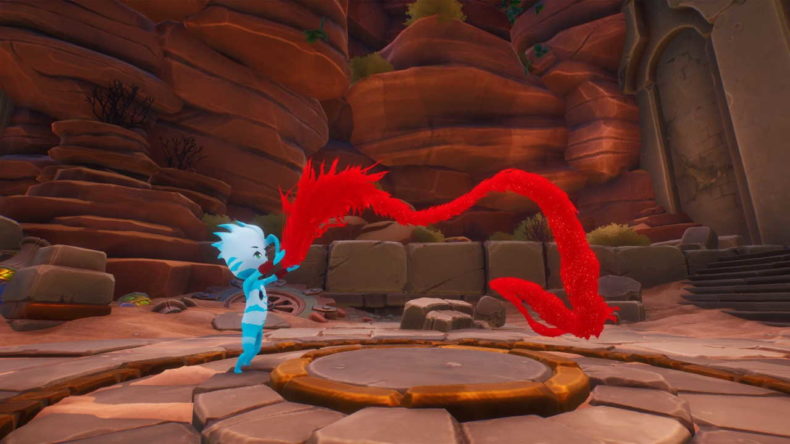 As we’re embracing another winter, a game called Scarf seems completely appropriate. Something warm and cuddly to fend off the frigid chills of the next couple of months. What might not be as handy is a scarf, that can move and morph of its own free will into a mini dragon, with a penchant for absorbing the souls of others. Depends on how snuggly it is, I suppose.

Scarf is a 3D platforming game from Uprising Studios where you take on the role of a hero setting out to avenge the death of a great mother dragon. You’re armed with its offspring – in the form of a scarf – that as you progress provides additional abilities to traverse the world. All of these will be familiar to platforming veterans, as skills like a double jump or glide mechanic are introduced courtesy of your scarf transforming to assist you in these ways.

The platforming itself is fairly standard, and never really poses much of a challenge throughout its five-hour runtime. That said, the movement and controls feel generally quite tight and responsive, even if the jumping can feel a little on the floaty side at times. It never hampers the experience too much though, and with the double jump and other skills such as glide, your character can still be well controlled around the world. You’re more likely to get frustrated by not being able to move up tiny steps in the terrain without a jump or hitting an invisible wall whilst trying to climb up an unintended area as you explore. 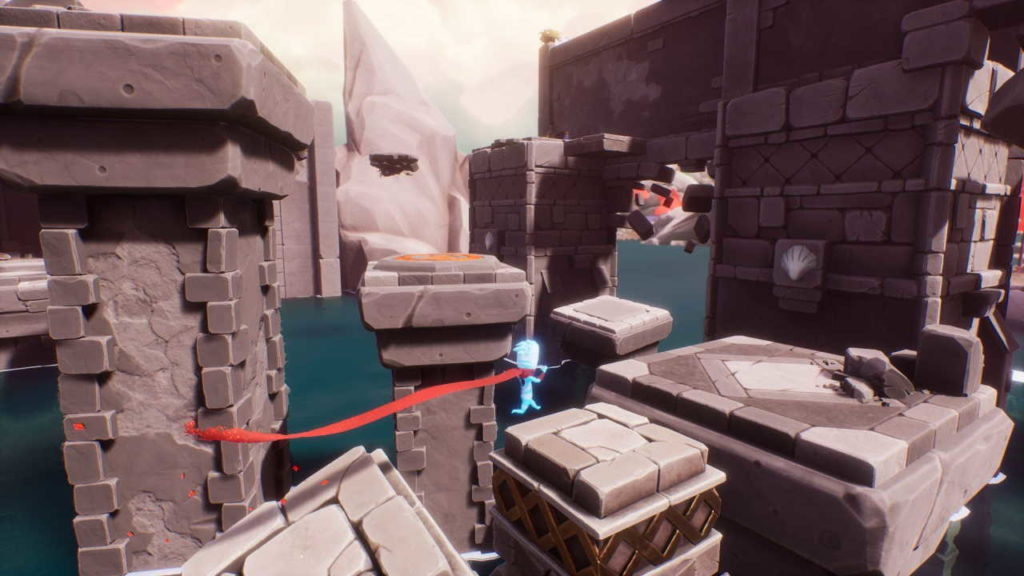 And explore you will because not only does Scarf have a clearly defined path of progression, but also boast collectibles in each level, often off the beaten track. Some of these are purely to fill a collectible bucket, but some are called Inks. After interacting with Inks, they reveal more about the truth of the story you are a part of. It’s the most direct Scarf gets with its storytelling as most of the rest is done through insinuation or nuance. Paintings on walls, or reactions of characters you are hunting down hint at something more to uncover. All maybe not be what it seems in this tale of derring-do.

Outside of the platforming, there’s also rudimentary puzzle-solving as well. Many of these are mini-puzzles to solve in a more expansive area to collect orbs required to progress. Others are slightly grander in scale if still relatively simple to overcome. Don’t expect any taxing of your grey cells, but it does mean Scarf is accessible to everyone. Younger players or those who are not fans of puzzlers will find themselves at home here.

Performance-wise there Scarf runs fine for the most part. It does seem to struggle when there is a lot on screen. This is most notable in underwater sections, where the seabed is littered with various flora. It certainly looks lovely and alive under the sea, but Scarf suffers for it at times. Thankfully it rarely misses a frame during key platforming sections, so your misjumps are down to you and you alone. 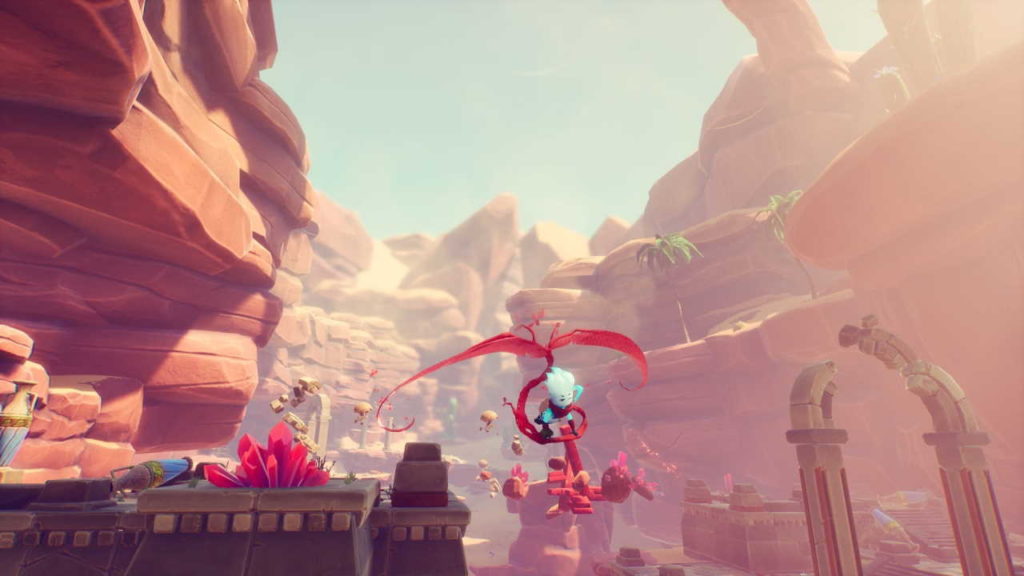 Scarf adopts a fairly bright and cheery aesthetic, with its bright open world. This is then mirrored by the optimism of the central protagonist. The three main worlds look distinct and are lovely to explore. There’s certainly enough variety between them to make each stand out and have their own unique moments. Your time with Scarf is accompanied by a delicate soundtrack that fits the tone well. It’s understated but does just enough to rouse when needed, according to what’s happening on screen.

It’s interesting that Scarf’s story hints at something more. There are clues to uncover that there’s more than meets the eye here. Because as a player, I also wanted more. By the time the credits had rolled, whilst there was nothing fundamentally wrong with what I had played. I wish it could have been longer, or maybe pursued additional traversal options or had an extra diverse world to explore. Just as it starts getting going, it seems to abruptly stop, even if you discover the “proper” ending. Scarf feels short, definitely sweet, but also safe. And me wishing it was longer is definitely a deserved compliment, but it also shows that it left me feeling, ironically, a little cold on its overall experience.

Scarf offers a short and sweet platforming experience. It's perfectly enjoyable to play, but you'll likely be left wanting more when the credits roll.