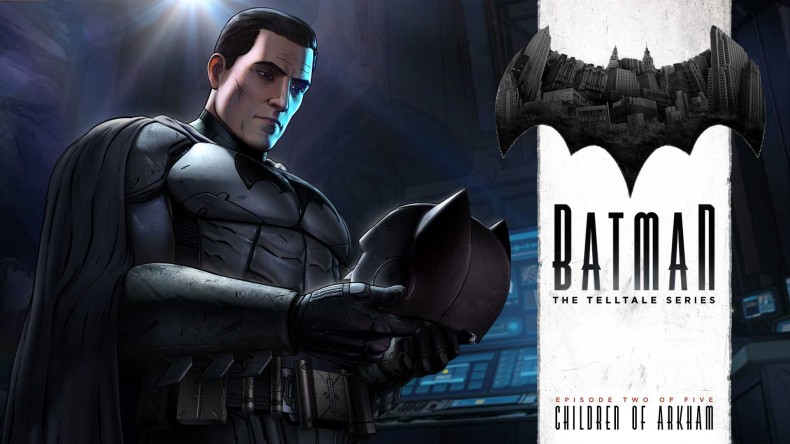 Tackling the psychology of Batman and Bruce Wayne was always going to be tough regardless of the approach, but if anyone was going to be able to do it justice, Telltale was. Unfortunately, episode one of their take on the caped crusader was generally weak, failing to pique any interest in the character and providing a game that felt lackluster at best. Thankfully, Children of Arkham is an all-round improvement, ramping up the story tenfold, spoiling you with a number of difficult decisions and testing your moral compass.

Here, Bruce Wayne is struggling to come to terms with the news about his parents and their ties to crime. If Realm of Shadows’ goal was to allude to Thomas and Martha’s illegal past, Children of Arkham downright exposes it. The episode is all about revelations, and my God, are there some zingers. The story starts off on crime alley, and off the bat (no pun intended) you’re given some really sad information about Bruce’s parents. Telltale has some great ideas and their vision of Batman and his family is original and interesting. The Batman comics never shy away from tragedy or death, but Children of Arkham sees some pretty shocking moments. You may not be surprised with what happens, but they’re still big moves. One such moment made me almost shit myself because I wasn’t expecting it, especially in the sudden way it happens. After finishing the episode, I’m fully trusting of where Telltale takes the story; they may have started off a bit wobbly, but it now feels like they’ve gained control of a sinking ship and I’m very happy with where the story’s going.

It’s commendable how Telltale is focusing on many of the smaller characters within the Batman universe. There’s no sign of the Joker, Riddler or Robin, and I’m ok with it. We may end up seeing them in later episodes or even in another series, but things are good without them. I’m still not a fan of how the Penguin has been introduced in the two episodes to date, mainly because Oswald was better as a crime boss and not Bruce’s childhood friend. If you want to feature characters from Bruce’s younger years, bring in Roman Sionis or Thomas Elliot. A minor criticism maybe, but Black Mask and Hush are much better villains to lead with, especially with how Oswald Cobblepot doesn’t have much of a personality beyond his generic craziness.

Telltale Games prides itself on decisions and how the story changes depending on what you choose to do in certain situations. I can’t remember any of the decisions from last month’s episode, and it was one of the reasons I hadn’t liked it that much. Children of Arkham features a few tough choices and you’ll likely struggle with them. One of the choices you have to make had me entertaining both outcomes, and even when I made my mind up I felt back for contemplating both paths. Being Batman is hard, and putting you in his mindset gives the character a new dimension. Some of the visuals in Children of Arkham are impeccable: the Batcave is immaculately designed and detailed, and the general colours provide a nice pop to every environment. The voice-acting is on point for most of the episode, but I still can’t get to grips with Troy Baker’s Batman voice. Much like Bale’s in Christopher Nolan’s trilogy, it’s too gruff and comical.

Children of Arkham is a great episode, and it’s opened up the world of Batman to allow plenty more shocks as the series goes on. As the episode concludes, we’re shown something deplorable from someone never associated with heinous acts, and it’s going to make a big difference. Bruce Wayne’s life has always been about juggling balls and spinning plates, but now his own legacy is in tatters and you’re free to watch Telltale work wonders with it.

A much better episode this time around, featuring some tough choices, great visuals and a fresh take on the Batman mythos.