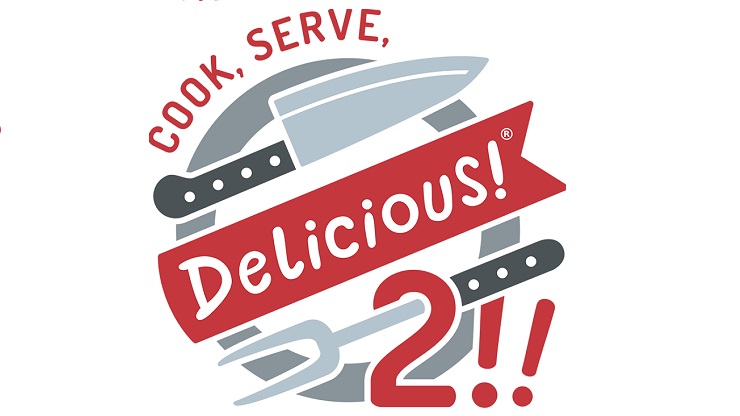 Vertigo Gaming’s Cook, Serve, Delicious! is one of my favourite and most played games ever. I can’t even remember when I bought it on Steam but spending an hour with it made me crave an iPad version. I was glad to find an iPad version did exist and I had no use for the non touch version anymore. The iPad game is my most played game on the platform after Hearthstone and one that is a perfect fit for the platform like World of Goo.

I consider the original an evergreen indie on the same level as Spelunky and Risk of Rain. When the Sequel was announced, I wasn’t sure what to expect but the trailers got me beyond hyped. Everything looked more polished and refined and I’ve been playing it quite a bit. I didn’t think I’d notice some of the features missing, but this release is both great and lacking. On paper, this should be everything I wanted in a sequel since it looks and runs better in addition to having a ton of new foods and more features. You have two options for the campaign. One lets you play in the infinity tower where you start out with a few foods and eventually buy more. You can even customize the look of your restaurant with cosmetics earned through leveling up. Speaking of leveling up, completing objectives earns you medals which give you YUM points Which in turn give you stars through a slow and long drawn process. While I do enjoy running the Cook, Serve, Delicious! restaurant, the lack of emails and progression makes everything feel pointless. The Chef for Hire mode on the other hand is fun at first because you get to play through new days in prebuilt restaurants with pre decided menus. The problem is new foods are all introduced quite quickly and you don’t have much time to get used to them or get into the rhythm.

Having ingredients divided into multiple pages is annoying. While I love the controller support or mouse only controls here, switching pages always throws me off. You already need to press and hold the left or right trigger and then press a face button to add things to the item being prepared. The tutorial is an absolute must for anyone who has even played the previous game because things have changed. My favourite new addition is the holding stations. These let you prepare sides that buy you time or prepare in bulk certain foods that speeds up serving. While I adore how the original looks, seeing everything get an upgrade in visuals and performance here is hard to not love. Food looks amazing and I’d say this is the best looking food I’ve seen in a game that doesn’t involve Vanillaware. Animations are all smooth and it feels like a new generation game for sure and the amount of visual polish is shocking. The artists have definitely done a great job with the looks.

“Hmm Hmm Hey Hey” is one of the best sound bytes ever and I’m glad the super satisfying sound of serving up a perfect dish still has that as a reward at random here. Cooking still sounds amazing and Jonathan Geer’s new score is excellent. It may seem like I’ve praised everything quite a bit but there are some big issues with the current release. For one, there’s a sense of no direction. The original had emails and upgrading equipment and foods to give you a sense of progression. None of that is here. The level system doesn’t cut it for me. While having a ton of new food is great, too much is thrown at you at once making it feel really difficult and unwelcoming for newcomers. Vertigo has promised a big update in early October and I’ll revisit this review then, but as it stands, it feels like an early access game. I set button prompts to DualShock 4 since I was using it at the time but the tutorial text still showed me Xbox One prompts in the text.

Given the game was already delayed to September from August, I feel like they should’ve just delayed it until October or however long was needed to make it feel complete and also give fans of the first game the progression system they expect in a sequel. There’s potential here to be one of the best games of the year, but in its current state, there’s a lot missing. I still recommend it to fans of the first game to just see how much of an upgrade the visuals got in Cook, Serve, Delicious! 2!! Everyone else is better off waiting for more content and patches.

Cook Serve Delicious! 2!! is a bigger and better Cook, Serve, Delicious! but one that is lacking in direction and feels a bit unfinished.

Cook, Serve, Delicious! 2!! gets a huge update on June 18 with The Barista Update