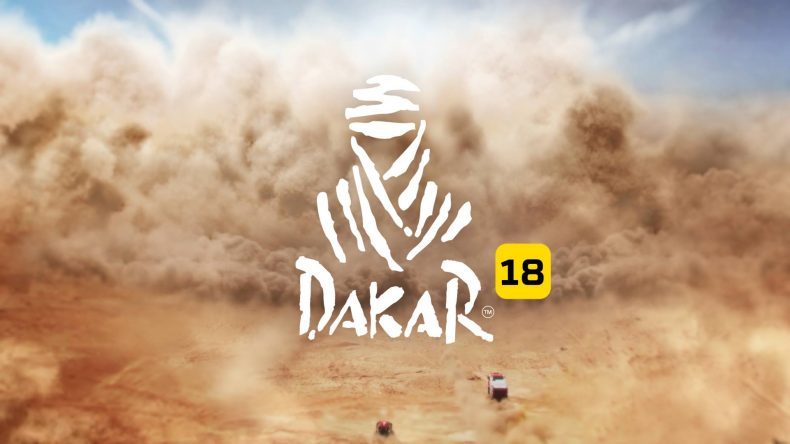 Making a Dakar game was always going to be a tough ask, but that didn’t stop Bigmoon from taking on the mammoth task. You see, Dakar isn’t your typical offroad motorsport like rallying or motocross, it’s about hitting designated checkpoints in the desert without breaking your vehicle. It’s about hitting those checkpoints in the best time, but not necessarily by gunning it everywhere, instead by using the terrain to your advantage and knowing when and how to use speed effectively.

The reason Dakar is so difficult to bring to gaming is, it’s a lot of time spent driving across sand dunes and empty desert. Alone. You may see the odd competitor along the way but, much like rallying, you’re racing the clock instead of physical opponents. It’s a fairly niche motorsport and let’s face it, as much as I love racing games, they’re a niche part of the industry. So Bigmoon Entertainment and Deep Silver have basically made a niche game within a niche genre, so it needed to be absolutely outstanding to succeed. That intro aside, I’m not going to beat around the bush on this one. When I first loaded up the game and was dropped instantly into the “tutorial” (we’ll come back to how ludicrous that term is, in a moment), I was convinced that the game had defaulted to a low resolution. Everything was viewed through a vaseline-smeared lens, with depth-of-field effects that turned everything into a pixelated mess, the further into the distance it was. No, dear reader, upon checking the settings, it had booted up in 1080p with max settings, but still looked like something from the PS2 era. Oh, it gets worse, too: I tried upping the resolution to 4K with max settings and I couldn’t see a difference. This is an horrendous looking game.

We don’t judge a game on its visuals alone however, do we? Of course not. So how about that tutorial on which the game starts? Well, it’s not exactly comprehensive, despite its length. The game actually has multiple tutorials, dedicated to teaching you about following tracks or heading across dangerous dunes, and even following the “cap,” which is a compass coordinate to the next checkpoint. The thing is, if you’re playing on any difficulty without the compass aids, or in a vehicle without a co-driver, you’ll likely have no idea where you’re going. You might argue that this is authentic, and you’d be correct of course, but the game doesn’t do enough to teach you how to read the directions in the bottom right corner of the screen and the visuals aren’t exactly able to convey tracks at lot of the time, so it’s just not up to the task. Okay, maybe you can forgive some of these flaws. It’s still quite realistic in that you’re not guaranteed to do well in every stage (which can be pretty long sometimes, at 40+ minutes), but then sometimes the physics are a bit wonky. You may not have noticed the sharp drop in a dune, or not been warned of it in time, but you’ll feel like you’ve landed smoothly, in a straight line with all wheels touching the ground together…only you’ll somehow be thrown off to one side and find yourself rolling, causing severe damage to your vehicle or even wrecking it completely. When you’re nearing the end of a long stage and that happens, seemingly through no fault of your own, it’s a difficult pill to swallow.

The handling itself is both too sensitive and too disconnected, leaving you never quite feeling in control of any of the vehicle types. Bikes will slip and slide at random; 4x4s will twitch at the slightest touch, but then be incredibly heavy when trying to make a proper turn. It just makes for a frustrating battle as you wrestle with the controls for even the simplest of turns. Again, some of this is realistic because you’re driving on untamed sand dunes, but other times you’re on a set dirt road and nothing changes to reflect the different terrains. Then there is the co-driver. Good lord, that man does not understand that his directions need to be given in advance. “Turn right, now,” he’ll scream, seconds after the turn you just missed. The directions often cut off mid-sentence too, because he doesn’t seem to account for speed at any point. On the flip side, he’s awfully quick to tell you that you’re heading away from your current cap, not accounting for the fact that he didn’t tell you to turn until you were way past your mark. In a game that requires such intricate directions, otherwise you’ll end up lost in the desert, this is unacceptable. There isn’t even an option, like with most rally games, to change the timing of your co-driver’s instructions.

Dakar 18 feels like a game created with passion for the sport, complete with fully licensed names and vehicles, but perhaps without the time needed to do it justice. I can forgive the muddy visuals and even the blandness of your surroundings (you are in the desert, after all), but the poor handling and the co-driver issues need serious work. It may be damning to say it, but it feels like an early access game that needs a good few months of player feedback to complete. Even then, I’m not sure it could save a game that was already going to struggle due to its nicheness.

Although I applaud Bigmoon for trying to bring this niche motorsport into video games properly, the end result is awkward and feels unfinished.