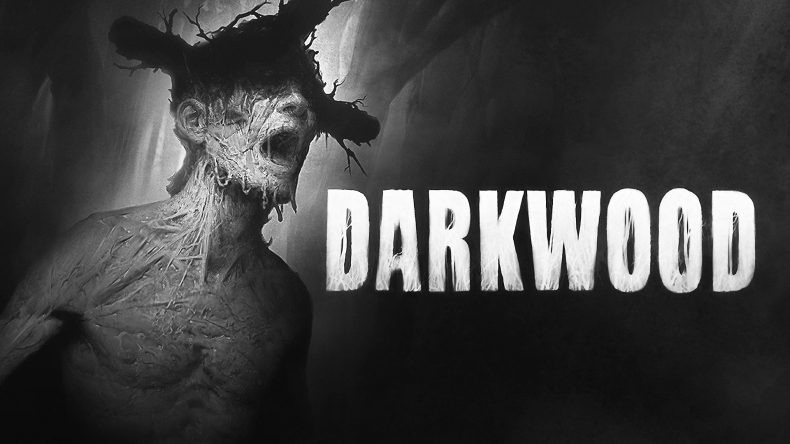 Darkness falls. I rush quickly back to my hideout, switching on the generator to provide me with the light that will help keep me alive during the long night. I drag a stool behind the front door and set traps next to the windows that aren’t yet barricaded, then shut myself in the bedroom, my sights set firmly on the door, a plank of nail-riddled wood held tightly in my grip.

Something growls in the distance, the music kicks in and my nerves are being shredded into tiny pieces. Darkness claws at the edges of my cone of vision, and without warning the bedroom door creaks open. My heart almost hammers its way out of my chest, but I’m rooted to the spot and daren’t move from my corner. The music kicks up a notch and the lighting changes, but just as I think I’m done for, everything turns white and I’m informed that day two has arrived.

Then I remember that I haven’t breathed in about five minutes. Darkwood isn’t your typical horror game, filled with gore, guns and jump scares. The developer prides itself on its game being completely without jump scares, instead relying on pure atmosphere and psychological horror. The prologue offers a fairly basic, but important tutorial, in which you play as a bit of an unhinged doctor, obsessed with finding a way out of the titular forest. Much like Silent Hill, Darkwood is a possessed setting that traps people inside and tortures them with nightmarish creatures and people that aren’t quite what they seem.

To keep alive your hopes of escaping, you will need to learn how to survive by crafting weapons and supplies, as well as defensive tools such as barricades and traps, which you will absolutely need to keep yourself alive through the night. After the prologue, you awaken inside a dilapidated house, which will serve as your hideout. During the daylight, you will need to go out and explore the surrounding area to gather wood for barricades and torches, or mushrooms and various other scraps to create healing items and weaponry, not to mention needing fuel for your generator. The generator keeps the lights on overnight in your hideout, theoretically keeping the nightmares at bay. Eventually however, you will find yourself needing to travel further and further from your hideout, and getting back before nightfall will become difficult. You best make sure that you are well prepared for these trips, striking a balance between supplies needed and leaving inventory space for new items, but if you’re caught outside at night, you’re in for a bad time. Nights are claustrophobically dark, restricting your view while amplifying the sound to an incredibly uncomfortably degree, and then there are the monstrous…things that come out to play when the sun has disappeared.

Darkwood’s visual style plays its own part in all this, the atmosphere isn’t all down to the sound direction and general darkness. Played from a top down perspective, it has sharp, 2D characters (with pixel art that offers a realistic look) and quasi 3D surroundings, with walls and trees reaching out towards the camera. If this was still the age of 3D glasses, the treetops would be “coming out of the screen” at you. Remember those days? Anyway, I digress. As you wander around the game world, a cone of vision splays out from your character, in whatever direction you face (it’s essentially a twin-stick setup, so you can move in one direction while facing another) and much like the “fog of war” in some strategy titles, any interactable objects and living organisms, friendly or otherwise, will only be visible when that cone is upon them. So basically, if you’re being chased by something, you won’t be able to see them, only hear them. Not a pleasant thought, is it? It’s even worse when it’s actually happening to you, let me tell you.

Originally released on PC in 2014 via Steam’s Early Access programme, with its full release coming a few years later in 2017, Darkwood is definitely a keyboard and mouse kinda game. In the PC version, you would face in whichever direction the mouse cursor was pointed, then inventory management would be taken care of by clicking on anything as necessary. It was a quick, easy interface that needed to be as such, in case of emergency. I’m telling you this, because playing with a controller is just a little more cumbersome at first. You inventory is made up of a small, rectangular grid of squares, with a separate set of three squares taking care of the things that were in your hands, such as weapons or torches. With a controller, it’s just not quite as quick and natural to navigate the inventory, which can be costly in the wrong situation. That said, it probably won’t be long before you grasp the concept of hitting R2 (or the trigger of whichever console’s controller you’re using) to move a stack of items into and out of your inventory.

Despite the lack of visual flare, at least when compared to the likes of Resident Evil 2 for example, it’s odd to see some stutters while exploring the world of Darkwood. Perhaps it’s because it uses the Unity engine, which has had its problems in the past. Nevertheless, it’s a little disappointing to see this problem even on a PS4 Pro, though it never caused any real problems. That said, just because I didn’t experience a stutter while fighting for my life in-game, doesn’t mean it can’t happen. Hopefully this will be fixed in an early patch. I should also tell you, as the game does during the loading screen, that Darkwood is designed to be challenging. On normal difficulty, death isn’t final but you will lose random items in your inventory that will remain on your corpse, which might leave you in a bit of a pickle as you venture back to the point of your demise. The thing is, combat and general survival is already quite challenging and the game doesn’t really do anything to justify the almost roguelike death mechanic.

Don’t let these issues put you off however, because Darkwood is one of the most atmospheric and genuinely terrifying survival horror games available. From the sheer panic of losing your sense of direction as you frantically make your way back home before nightfall, to the increasingly unsettling events that take place during the long nights, Acid Wizard Studio’s brand of horror is nothing short of brilliant. Its story is sparse but intriguing, allowing you to focus more on the exploratory gameplay, and its masterful use of sound keeps the tension at an uncomfortable level throughout.

Which makes the relief of surviving a night all the more potent.

Despite a seemingly unnecessary level of challenge, Darkwood is genuinely one of the scariest games out there, featuring some of the best sound design in the survival horror genre.

Darkwood Brings Its Unsettling Brand of Horror to Consoles This Month