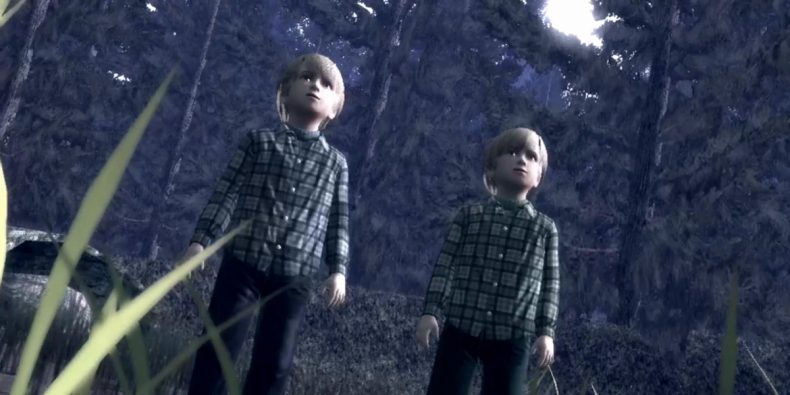 The surprise announcement of a sequel for Deadly Premonition is as good a time to put the game out on Switch, I suppose. Retitled “Origins”, SWERY’s cult classic remains as weird and awkward as it did in 2010 and, indeed, 2013. As un-Nintendo as you like, a pre-title screen sequence lets you know what you’re in for: there’s peculiar voice work, a naked eviscerated woman stuck on a tree, and twins sat in a chair having a conversation you aren’t privy to. Weird as you like.

As York, you’re tasked with going to a rural town (Greenvale) to investigate this murder, but it quickly devolves into him talking to his split personality, Zach, zombies moaning “don’t want to die!” as you kill them which, to be fair, is as horrifying as it was when it first came out. Inspired by Resident Evil 4 but nowhere near as good, what makes Deadly Premonition a cult favourite is because the sum of its parts add up to something more.

Unfortunately, Origins is probably the worst way to play the game if you haven’t done so before. It’s a game that, visually, has aged badly, and it looks somehow worse on the Switch when docked. The frame rate isn’t great, and quite why the Switch has gotten a version based on the original 2010 release and not the 2013 Director’s Cut is beyond me. Deadly Premonition has never looked anywhere close to what you’d say is “good”, but this version looks murky and horrible.

It’s clunky, still has awful driving controls, some QTE events that feel like you did them right but the game says otherwise… and yet it’s still somehow worth seeing it for yourself. It’s a curio and remains one of the most bizarre, unique games out there. That said, I’m not sure who this version is for: if you’ve played it before, you won’t want to see it in this state. And if you’ve heard about it and never delved into the world of York/Zach and Greenvale, you should play the Director’s Cut. If you do choose to dive in, don’t blame me when you get to a driving section and curse the moon that you took the plunge.

Bizarre yet intriguing story
Unique in its creation

Deadly Premonition Origins looks bad on the switch, and there are various issues including poor frame rate and awful driving controls, but its just as bizarre as it ever was.

Deadly Premonition 2 out on PC now