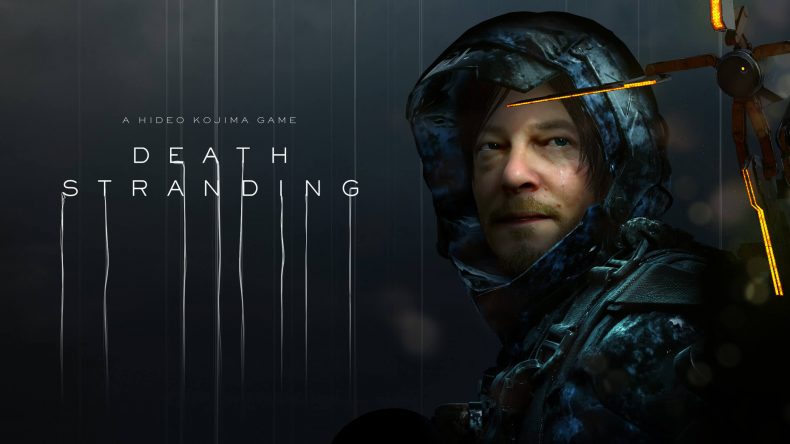 It’s difficult to say anything about Death Stranding that hasn’t already been said, given the discourse that surrounded Hideo Kojima’s delivery-themed vision of post-Apocalypse America. To call it divisive would be like calling a Category 5 hurricane “a light breeze”; it effectively sundered the gaming community, causing heated discussions not just between the followers of rival consoles but within the PlayStation community itself. One thing that was abundantly clear no matter which side of the fence an argument was shouted from was that this game was a unique creation from one of gaming’s greatest visionaries. Say what you like about Kojima, you’ll never say he’s predictable.

Arriving on PC in the midst of a global pandemic that has forced families and friends apart, elements of Death Stranding feel oddly prescient – more so than they did when it was released on PS4 in late 2019. The theme of isolation and the hope of re-connection rings bells now that it couldn’t have back then, as the real world staggers drunkenly along the brink of societal collapse. And yet, there’s something almost perversely calming about Death Stranding. It doesn’t relentlessly rile up emotion – although it has its share of story beats, which seem to either hit the mark dead centre or spin clumsily into space, with little middle ground – but instead intersperses a high concept science fiction yarn with long periods of pensive quiet. You play Sam Porter Bridges, a porter for a company called Bridges (honestly, only Kojima would even try to get away with this stuff), which is essentially a delivery company that appears to be all that remains of the US government. His mother, the President (whose name is Bridget Strand, seriously), runs the company along with the masked Die-Hardman and Deadman, played by auteur director Guillermo del Toro. Sam’s job is to reconnect America using “strands”, bringing a disconnected nation back onto a data grid that will allow them to recreate an infrastructure that gets humanity back on the straight and narrow.

Several decades ago, an apocalyptic event known as the Death Stranding caused the worlds of the living and the dead to converge, plaguing Earth with hostile, ghostly apparitions called BTs, or “Beached Things” for reasons that will be revealed in the story and which we won’t go into here for fear of spoilers. Whatever their purpose, BTs are terrifying entities, invisible save for the handprints they leave on everything they touch, revealed only to people like Sam who are afflicted with a condition called DOOMS that allows them to see or sense BTs. Sam is a gifted individual, but he’s not the only one, and characters like Fragile, the enigmatic CEO of a rival delivery company, and Higgs, the charismatic yet clearly unhinged villain, have their own special abilities granted by the Death Stranding. To go much deeper into story details would be to spoil some incredible surprises and some genuinely unique ideas, but suffice to say it gets weirder and weirder the more you play.

Sam’s job is to deliver, and so that’s what you’ll be doing for almost the entire game. Calling Death Stranding a “hiking simulator” is disparagingly reductive, but not entirely untrue. There is but one mission type, and that’s to transport goods to or from destinations on the sprawling map. If you fall or get yourself into a fight, you can damage, destroy or simply lose some of your packages, resulting in reduced “likes” from the recipient and client. Likes act almost like a social currency, but are really just a repackaged version of XP. Some destinations can be brought back onto the grid, lengthening the strand and expanding the reach of the “Chiral Network”, an energy grid that allows you to build structures or map the terrain. Initially unarmed and on foot, each trek is an arduous undertaking occasionally punctuated by a handful of very real dangers. Firstly, human “bandits” known as MULEs will attack Sam for the cargo he carries. Their relentless kleptomania means they’ll track and, if necessary, kill to get their hands on packages, because, for some reason, they worship the very act of delivering goods. I mean, we’ve all been there while waiting on Amazon to show up. But while MULEs are a menace, they’re never very threatening. Sam is pretty handy with his fists and feet, and before long you’ll unlock weapons and gizmos to make your life even easier, and sooner or later the MULEs will be more of a nuisance than a threat.

The second primary enemies are the BTs themselves. When it rains (which isn’t water, but “Chiral matter” that ages whatever it touches), there’s always a chance that BTs will appear. To begin with, all you can do is sneak past them, pinging the area for a glimpse of their position and holding your breath if they get too close. The first few times it’s nerve-wracking, especially given how these creatures are initially introduced. But before long you’ll create weapons made with Sam’s unique bodily fluids, such as bombs loaded with his blood or phials of his pee. Once you have a few weapons in your arsenal, getting past BTs becomes almost too easy.

Similarly, the travel is difficult at first, but you’re slowly given vehicles and tools that make your journeys less dangerous. There’s even a fast-travel system, although it’s annoyingly limited to the main settlements and not the myriad dropping off points along the way. Of course, this is because Kojima-san wants you to experience as much of this world as possible, and it’s not hard to see why. The level of detail is impressive, as you’d expect from Kojima’s team, and there are moments you’ll experience when crossing country that take the game to another level; cresting the last hill above your destination after a gruelling trek that’s left you covered in mud and Chiral matter, and hearing one of the exceptional music tracks kick in is something you have to feel for yourself. It won’t convert you if you’re not enjoying the game, but if you’re already fully invested I guarantee it will stir something inside you. The PC version is, frankly, visually staggering. Death Stranding looked great on PS4, but running this at its highest settings with no upper limit on the frame rate (it tops at 240 though some won’t have the hardware to run that consistently) is incredible to look at. My PC is more than decent, running a GeForce 2060 RTX Super with the settings all the way up and it’s just gorgeous. There are still a few issues with the actual physics, of course, as you try to steady Sam with piles of cargo on his back across rocky terrain, over rivers and up sheer hillsides, and he will occasionally clip into the landscape – but on sheer optics alone it’s stunning. The cutscenes are beautifully rendered, with little details sewn in to bring the characters to life in impressive ways.

You can choose to play on mouse and keyboard if you like and for many this will be the automatic choice, but it was built for a controller and it works very well. I will say that given the amount of time you’ll spend in menus, loading Sam up pre-trek or fabricating gear and weapons, maybe erecting structures out in the world, the mouse is a god-send. I regularly switched to using the mouse in the menus as it just felt more intuitive for the inventory management. There’s also some new content in the PC version in the form a crossover with Half Life and Portal. It’s not game-changing stuff, but it’s a nice addition for the fans and one I’ll let you discover for yourself.

Much noise has been made about the multiplayer integration, and with good reason. It’s a shared-world system similar to something like Dark Souls, whereby other players can influence your world but you’ll never play alongside them – or even see them, except as spectres in the late game that can help with boss fights. As you play you’ll use tools like ladders and climbing ropes, build bridges, charging towers and watchtowers, erect post boxes to leave deliveries for other players to collect and fulfil – and roads, miles of roads that connect settlements and make travelling by vehicle that much easier and safer. As you bring the Chiral Network online, structures built by other players will appear in your game, not only helping you out but revealing the broken details of thousands of other stories, a tapestry of painstaking progress to help you find your way. Death Stranding is an easy game to form an opinion of, but it’s a difficult game to wholeheartedly recommend. It is so deliberately divisive that almost everyone I’ve spoken to has a different opinion and fully justifiable reasons to back it up. Some people – myself included – fall in love with the world, with the otherworldly mystery and jaded majesty of it all. Others will be all-in on the bonkers story, drawn in deeply by the superb performances given by Norman Reedus, Mads Mikkelsen, Lea Seydoux and Troy Baker. Others still will enjoy the oddly lulling rhythm of the core gameplay loop.

But for all those who love Death Stranding there will be an equal number of those who hate every minute, or find it all a pretentious grind for little reward. And every one of these opinions, good or bad, is valid, because Death Stranding really is all of those things. It’s dull and vibrant, clever and convoluted, thrilling and idling, beautiful and grim. It swings between supremely satisfying and maddeningly frustrating, and though it’s trite to say it, it isn’t a game made for everyone. That said, I was in all he way within the first few hours and it’s grip on me never let up. It’s not without its issues and some of the design and direction choices will raise questions, but it’s a fantastic odyssey through a unique, engaging world.

It’s dull yet vibrant, clever but convoluted, thrilling and idling, beautiful and grim. It swings between supremely satisfying and maddeningly frustrating, and though it’s trite to say it, it isn’t a game made for everyone.