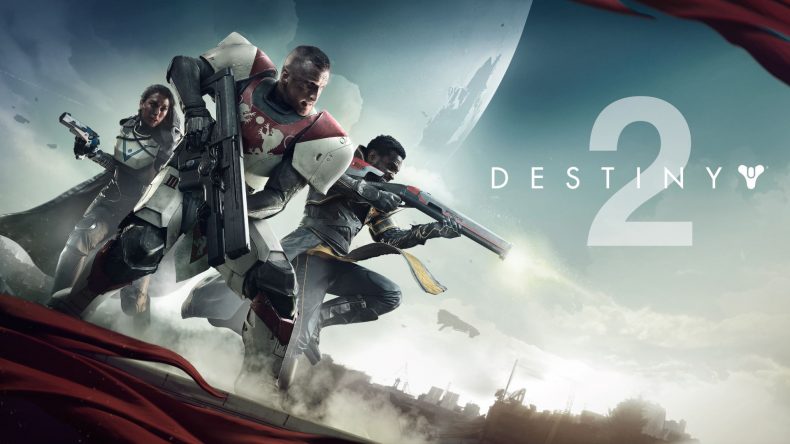 When Destiny came to consoles in 2013, it did so dressed in a salmon pink mankini, riding on the back of a glitter-dusted whale of hype with The Immigrant Song blasting through loud-speakers in the background. What followed thereafter was a certain anount of confusion and nervous laughter as everyone pondered press releases and marketing hyperbole replete with terms like “MMOFPS” and “shared world shooter”. Once people realised that the incoherent campaign ended rather unsatisfyingly after around 12 hours and the end-game was only a handful of activities shy of empty, the hype turned to hate and Destiny got a kicking.

But then something unexpected happened. People found themselves utterly enamoured, quite against their better judgement in many cases, by the equal-parts rewarding and frustrating post-game level climb. With the first expansion came Light Levels, a way to continue earning XP after the cap. Bungie slung in an arena mode shortly thereafter, extra 6-man Raids, more multiplayer maps, more loot – and, importantly, story that made sense and possessed structure. By the time 2 years had passed, Destiny was a behemoth, a sublime first person shooter filled with things to do and places to go. With the advent of Destiny 2, Bungie’s increased confidence is on display for all to see. Is the content endless? No, of course it’s not, but I am confident enough to say that PC players joining the Destiny community this month are coming in at absolutely the right time.

Destiny tells the story of a distant future wherein humanity has enjoyed a Golden Age of science and expansion. People live for centuries, the lines between magic and technology have blurred, and we have colonised the solar system – all thanks to the Traveler, a huge orb whose Light blessed us with power beyond our brightest imaginings, before a terrible Darkness found it and destroyed everything humanity had built. In its final moments the Traveler birthed the Ghosts, tiny AIs that act as conduits for the Light, and which are able to resurrect chosen individuals to become Guardians, elite, undying warriors with legendary weapons, powerful armour, elemental magic, and some serious dance moves.

At about this time, four alien races appeared to pick apart what little peace humanity clung to. The Fallen are a race of scavengers once blessed and since abandoned by the Traveler; the Vex are a collective machine intelligence determined to assimilate everything into their network; the Hive are an ancient species of pure evil who seek to consume all life; and the Cabal are an intergalactic empire of ‘roided-out headcases with a Caligula complex. They want to run shit so bad they’re prepared to burn it all down if they can’t, just for spite.

In Destiny 2’s campaign, the Cabal are your biggest threat. Led by Dominus Ghaul, they have arrived en masse to strap a giant rig to the Traveler and tear out its Light. The Guardians are beaten, stripped of their immortality, and it falls to your character – the only Guardian still blessed by the Traveler – to clean house. The campaign takes you across four worlds and into various enemy bases, throwing in tank fights, pitched battles, white-knuckle escapes and an incredible final mission as you attempt to retake the Traveler from Ghaul’s clutches. Regardless of how many hours you end up putting in (and you’ll do around 30 to 40 before you really start to hanker after a fresh challenge), the shooting here is sublime. There’s a glorious rhythm to Destiny’s combat that intoxicates with every headshot, every well-placed grenade, every near-death experience.

Guardians come in three classes, Warlock, Titan, and Hunter, each with three sub-classes based on a different element: Arc (lightning), Solar, and Void. Essentially, it’s your standard Fighter, Mage, Thief set-up, with Titans bringing the survivability and heavy fists, Warlocks zapping the enemy like a Sith Lord on Red Bull, and Hunters dropping invisibility cloaks and mixing magic quarterstaves with bows made of Void energy. While each class and subclass has the same basic arsenal (melee attack, grenade, utility move) on cooldowns, they play very differently. Titans can summon shields, and specialise in getting right among the action, Warlocks provide fireteam buffs, and Hunters operate on the fringes of the battlefield, raining dps and harrying the enemy.

The combat is never better than when played with friends, either out in Public Events where (among other things) you stop the Fallen from stealing all your glimmer (money) or prevent the Hive from summoming ancient avatars of evil from another dimension, or in 3-man Strikes that play like multi-part missions with thrilling set-pieces (dodging giant drill-arms, for example) and bullet-sponge bosses. Or you can plump for the biggest challenge, the six-man Raid that sees you assaulting the Leviathan, the massive, opulent flagship of the Cabal emperor, Calus.

Away from the in-out co-operative play of the open world, there’s the Crucible, Destiny 2’s 4v4 PvP arena. Here you’ll battle other Guardians for glory and loot in bite-sized maps hewn from the campaign environments. Alongside a zone control mode and team deathmatch, there’s a mode called Countdown that has one team trying to plant charges while the other team defends, Survival, where everyone pulls respawns from a finite pool of lives, and Supremacy, in which the vanquished drop crests that must be captured to earn points. With a large variety of maps and weapons, the Crucible is where most people spend their time post-game.

But the worlds on offer stand up to repeat visits and prolonged scrutiny. The attention to detail and wide open vistas combine to create environments you’ll want to spend time in. The opening area in Earth’s European Dead Zone is a sprawling network of ravines and forests and burned-out towns; Titan is an industrial complex suspended above a thrashing methane ocean that extends down into a vast underground arcology; Nessus’ focus is on a massive downed colony ship spread across its central area, and Io is ravaged by the Vex, whose bizarre terraforming has created a world part lush grassland and part giant mechanical pyramid. Alongside Public Events there are Lost Sectors that act like mini dungeons, and Adventures that present short questlines that take you down various paths in each world, showing off areas you wouldn’t normally see.

All activites are angled towards gear. Loot is king, either found in treasure chests, divulged at the end of activities or traded for with tokens awarded by faction leaders in each area or scattered around the social hub. The aim is to increase your Power Level, a combined score derived from your attack and defence stats, which grows based on the values of each piece of gear. Guns and armour can be infused together to become more powerful, or modded to apply incremental improvements to elemental damage, health regen or physical resilience. Perhaps Destiny 2’s biggest failing is that despite the aesthetic variety of gear, the stat changes feel incredibly arbitrary, meaning 90% of players will base their loadout on what looks good to wear or feels good to fire as opposed to what should be affecting their character build. Exotic armour and weapons (of which you can only equip one piece at a time) also drop too freely, so items that should make a real difference to your make up and should be worth grinding for feel ten-a-penny. It’s a shame, but it’s also kind of symptomatic of Destiny 2’s only major gripe: once you’ve done everything once, it doesn’t really change. Strikes and Events are formulaic, PvP doesn’t vary over much, and the Raid is a hefty time-investment. Clan integration gives you plenty of opportunities to play with friends, fireteam voice chat prevents loneliness, and the weekly reset throws new challenges and occasional limited-time events at you every Tuesday, but Bungie have never been able to eradicate the short periods of emptiness that always emerge between the expiration date of existing content and the introduction of new. Sooner or later, it does start to feel a little hollow and tiring.

Much ado was made about the loot boxes and microtransactions, which you purchase through an in-game market called the Eververse Store. You can use real money to buy Silver which affords you Bright Engrams containing cosmetic gear like armour shaders, Exotic weapon skins, ships, sparrows (your zippy little jetbikes) and dozens of emotes (silly dances and gestures). It should be noted, though, that it’s a very unobtrusive system, and you’ll earn Bright Engrams at an even pace after hitting the soft XP level cap of 20. Visually, PC gamers are in for a treat. At 60fps with the settings up to Ultra, Destiny 2 sings, delivering an undeniable sensory feast of vibrant colours, extravagant art, visceral, immersive sound direction and dazzling lighting effects. The mouse and key commands are as highly customisable as the graphics settings, and it feels like so much more than just a port. Bungie have taken the PC version seriously and succeeded in creating a worthy experience that in some ways even surpasses the console versions. We’re actually in the middle of testing the Linksys WRT 32X, router, so Destiny 2 seemed a great fit to put it through its paces: ping was reduced significantly, and playing online was an absolute treat. There were no instances in lag, with solid and consistent games in abundance. It’s a noticeable change.

Destiny 2 isn’t an MMO; it’s not big enough, full enough or malleable enough. It’s not an RPG, either; it’s loot and levelling mechanics are in service to the grind as opposed to the other way around. Instead, it cherry picks elements from these genres to decorate its base FPS template and wraps it all up in a deceptively deep sci-fi universe coloured by hidden lore (there are hours and hours of YouTube content dedicated to it) and wreathed in the glorious addiction of pin-point shooting and screen-shaking action. There are holes in the tapestry for sure, and your mileage will vary depending on what you expect to get out of the experience, but ultimately Destiny 2 is a likeable grind-fest designed to be built upon, that demands very little in return for the fun it offers when played with friends and taken for what it is.

More than just a port
Destiny 2 at 60fps!
A solid range of content

There are holes in the tapestry for sure, and your mileage will vary depending on what you expect to get out of the experience, but ultimately Destiny 2 is a likeable grind-fest designed to be built upon, that demands very little in return for the fun it offers when played with friends and taken for what it is.