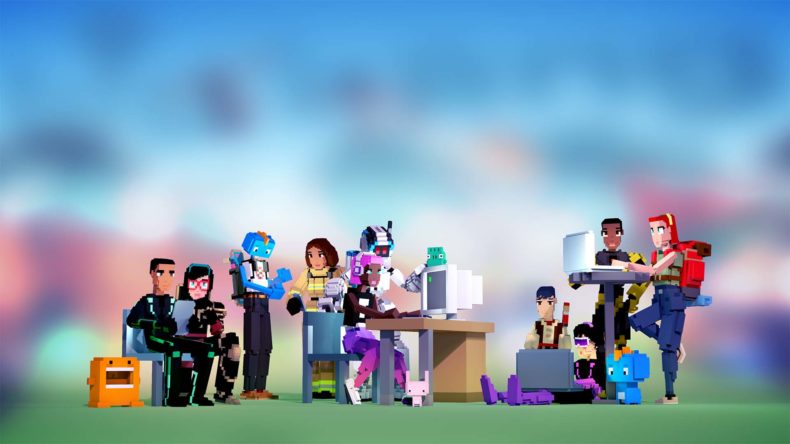 In all my time reviewing games, I’ve never reviewed a browser game before. As a wee nipper I’d play plenty of video games through my browser. Whether I was raising Neopets or diving into the latest Newgrounds megahit, I always appreciated having somewhere to play games when I was supposed to be doing something important on the PC. If dot big bang had been around back though, then I’d have had way more fun and would probably be a hotshot game developer by now.

When you first load up dot big bang after signing up you’ll be tasked with creating your character. Once you’ve created a wacky enough avatar you’ll be sent to the hub area, and are bombarded with everything the game has to offer. All the happy block based characters will wave you over for attention, and there’s a heck of a lot to choose from. The most important of these are probably the games though.

The main building in the middle of the hub has a variety of games to jump into, and they were all created using the tools available to everyone who wants to use them. There’s a lovely variety to choose from – 3D platforming obstacle courses, FPS deathmatches and quizzes are all ready to play, so pick your poison and get started. 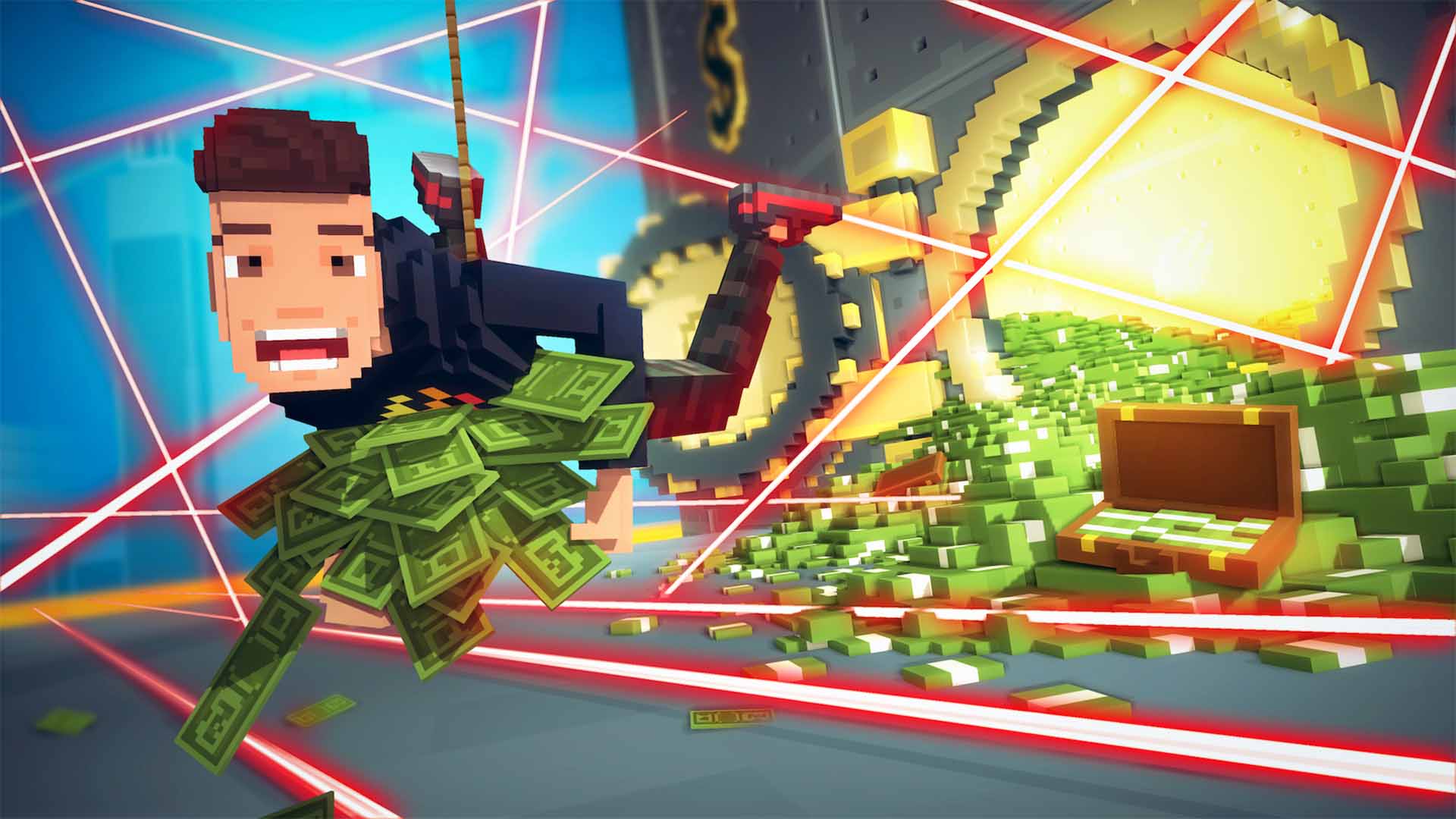 First I jumped into a featured game called Preston’s Diamond Dash, which is essentially a series of levels where you dodge deadly traps to gather up all the precious stones. It would be fair to say that 3d platforming has its issues with a mouse and keyboard, but I still had a good time jumping past the deadly lasers and crushers to get those lovely diamonds.

Next up I went for a game of “Would you rather?”, a multiple choice game where you have to guess which answer is more popular. This was another fun distraction with an interesting selection of questions. Turns out most people prefer vanilla ice cream to strawberry though, so my faith in humanity was shaken slightly.

I decided to go for something with a bit more action next, so jumped into an FPS deathmatch. I had to find one with other players first, but once I did I got to play a simple three minute match against a couple of randoms. There was a variety of the usual weapons floating around the arena, and I had fun using the shotgun on my enemies. It’s admittedly basic, but fun with friends especially when you could be the one who makes it. 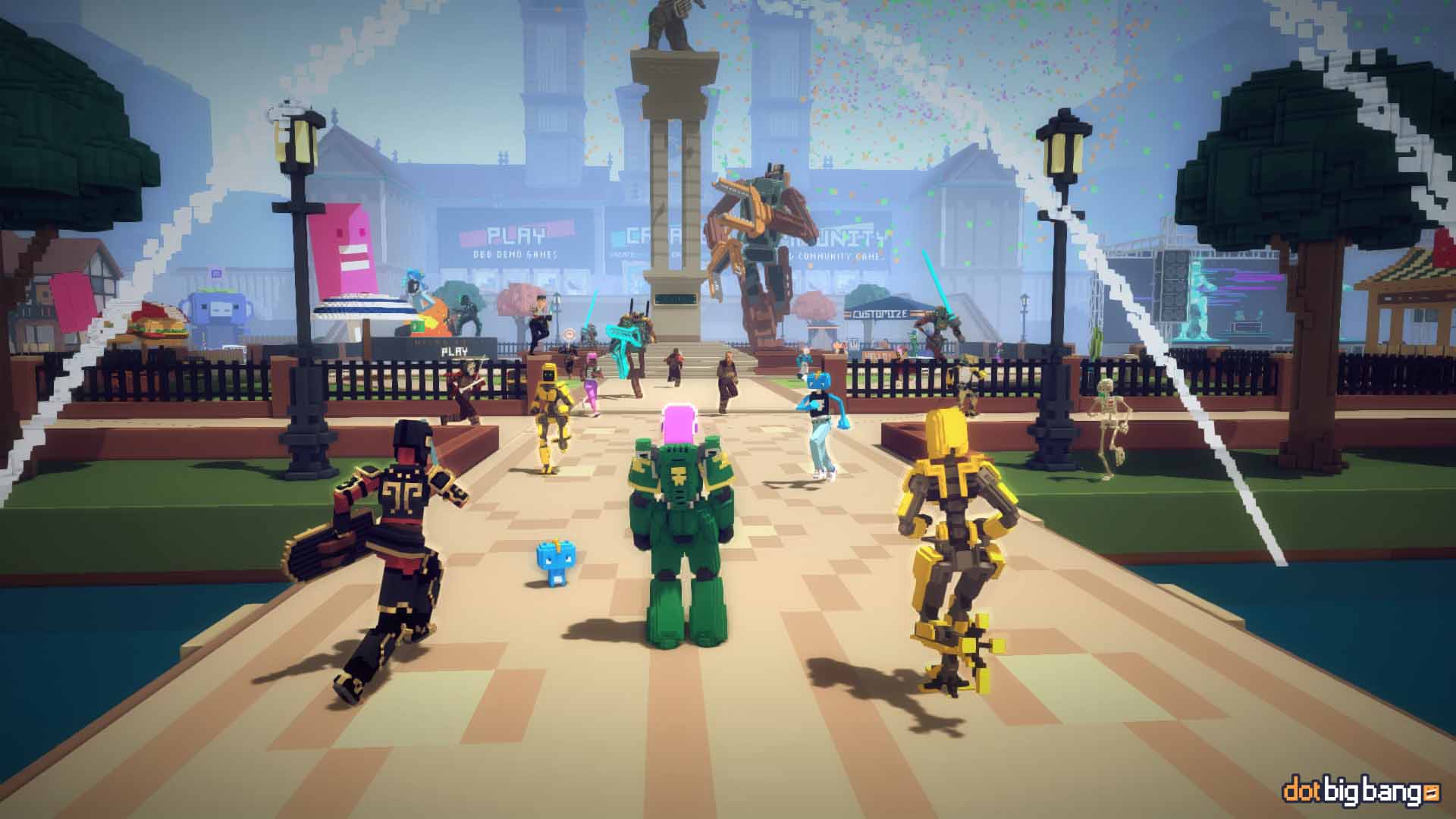 The main hook of dot big bang is the creation side of things, and honestly it’s easy to see why. The tools they have are impressive, and are really easy to use. You can jump into a template to see how it all works, and after watching a quick YouTube tutorial (which the game plays for you on launch) you’ll have all the information you need to start shuffling things around, changing the mood lighting and making your own games.

If you really want to get deep into the creation and fancy learning a bit about programming, then you can get into the script side of things. Under the hood of every game there’s all the “if then” statements you could ever dream of, so if you’re wanting to dip your toe into the world of game development then this is a great place to start. There’s even a section for teachers if they want to use dot big bang with their students.

If making full blown games is a bit overwhelming, you can always just make objects instead. Thanks the the voxel art of the game, the simple tool to make objects works like a dream. You just stack coloured cubes on top of each other, and before you know it you’ll have a lovely new gun, crate or tree stump ready to plonk in a game. 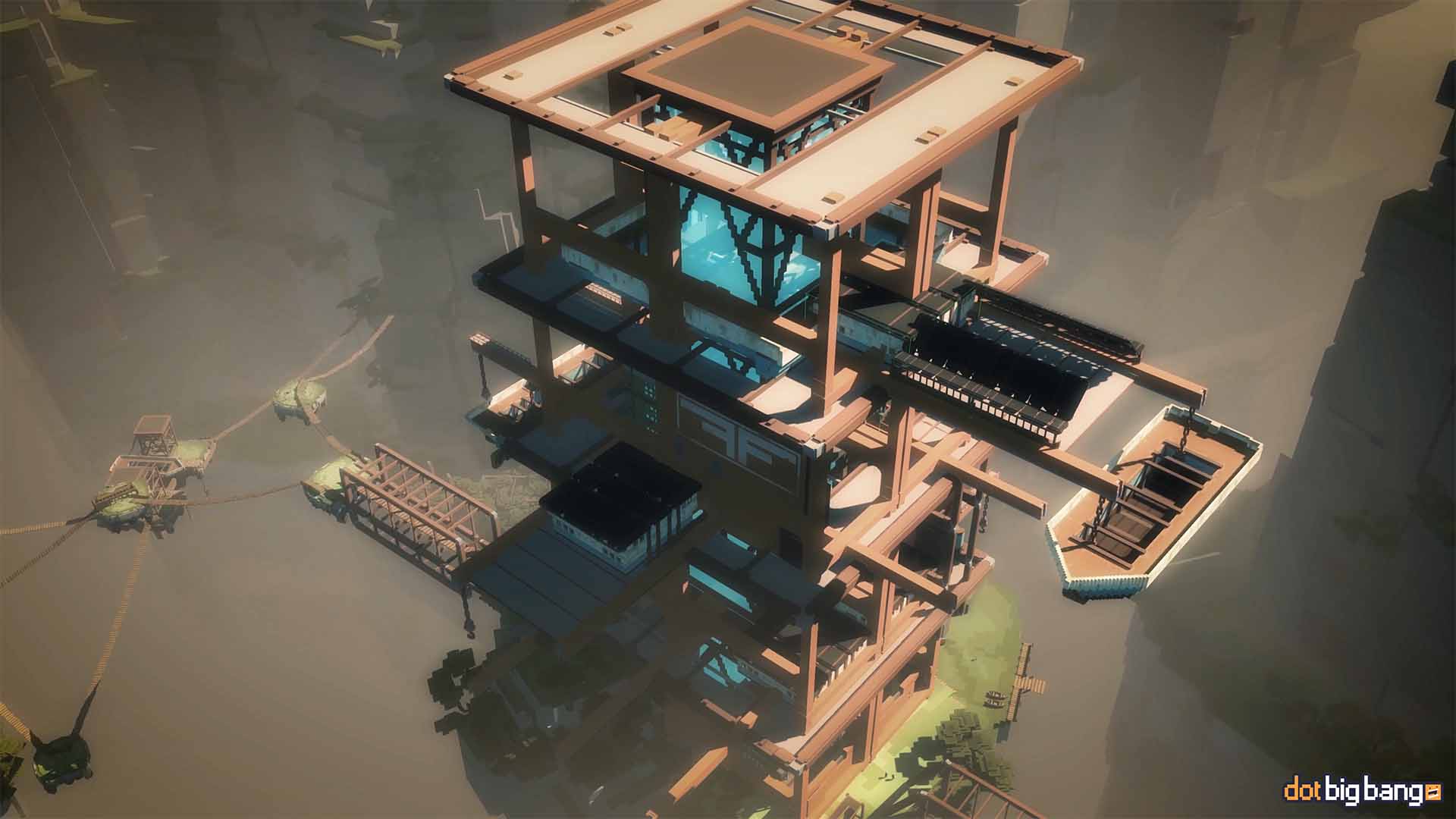 When you aren’t making games and objects, you can always kick back in the hub area and make bank instead. There are loads of odd jobs to do in the hub, from delivering packages to catching and selling fish, and if you do enough of them you’ll earn enough money to buy adorable pets that’ll follow you around as you play.

Dot big bang is currently in Alpha, and has plenty of features planned for when it reaches full release. A simpler visual scripting will be an easier way to learn the programming language without coding experience further down the line. There will also be tools to edit the terrain, as well as sound editing and a way to earn money from your creations. This may be a way in which dot big bang intends to monetise the game, because at the time of writing I couldn’t see anything that I could pay for even if I wanted to.

Dot big bang is a powerful creation tool, that will absolutely lead to some great little games in the right hands. Most of the games I played in it were a little basic, but the fact that they can be experienced on any device with a browser is pretty astounding. If you’re looking for a way to make and play games with your friends and don’t want to worry about consoles or cash, there’s no better option then dot big bang.

If you want to try dot big bang for yourself, check it out here.

DotBigBang is a great browser based creation tool, which is perfect for making and sharing voxel games with your mates.