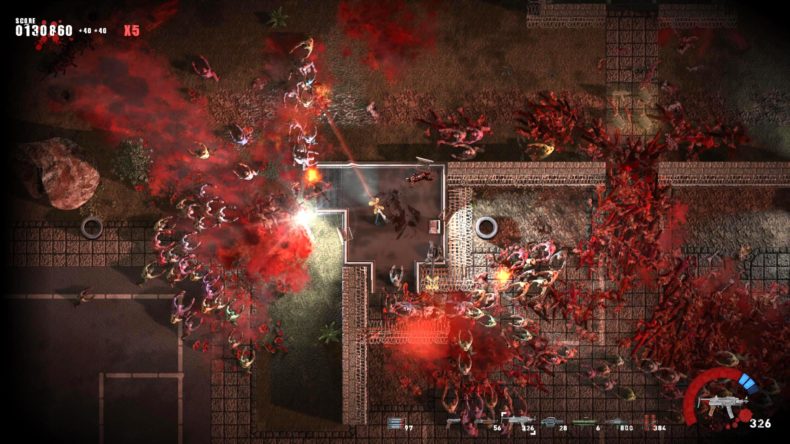 Apart from having a title that causes my tongue to trip over my teeth when I try to say it, Splatter – Zombiecalypse Now is a pretty decent indie zombie blaster. It comes from developer Dreamworlds, who thankfully are way better at making games than naming them. Seriously, go back and re-read that title. Yikes.

But Splatter (let’s just call it Splatter from here on, eh?), is actually a damn fun top-down twin-stick shooter that feels both refreshingly violent and short. I finished the campaign on Normal in about three hours, and then spent about half an hour more in Survival mode. There’s also a co-op mode and a PvP mode, but I was unable to try either before launch.

In it, you play Max, the kind of guy who can wear a Fedora and long black leather coat unironically. He hates humanity, which makes him the ideal guy to save it, apparently. The story is simple stuff: you travel around the post-sigh-Zombiecalypse world, blasting zombies into paste with a variety of weapons. Now and then you’ll meet survivors who need your help, such as Jen, who wants you to hold off some nigh-indestructible zombie worms while she fuels her car. 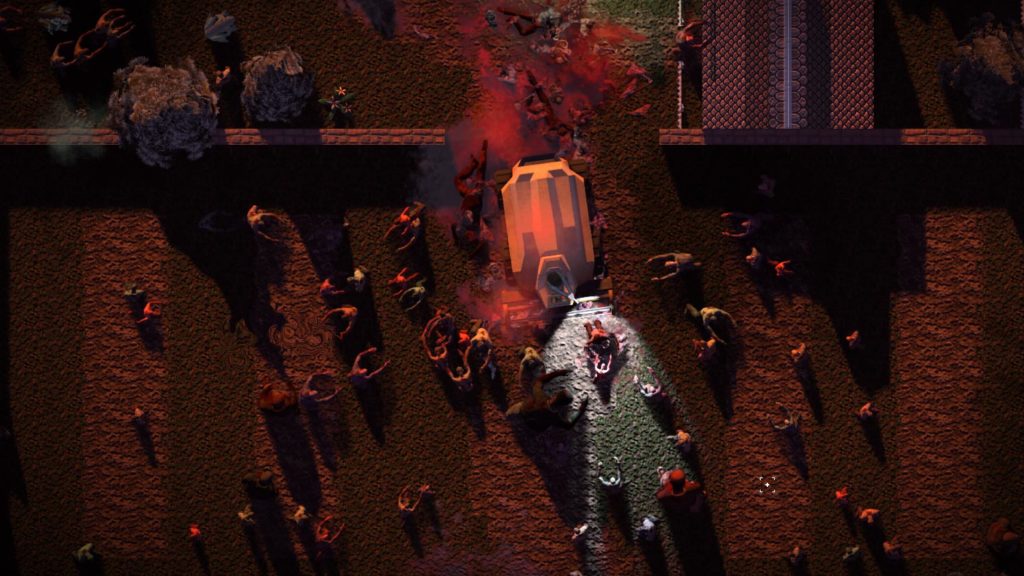 You’ll come across soldiers, scientists and simple folk trying to survive, many of whom need your help. There’s a few side-missions thrown in that don’t add much more than ten or fifteen minutes to the runtime but which reward you with ammo, upgrades or new weapons. Max narrates the whole thing with a 40-a-day Private Eye voice that gives the whole thing a slightly comical air. The script is a little iffy in places where the localisation does weird things to innocent sentences, but overall it’s decent if not thrilling.

The meat of Splatter is killing things, and it’s gloriously cathartic. The hordes come at you in waves, and you can reduce huge groups to mulch with a few shotgun rounds, or slice through them in their scores with a laser rifle. There’s a decent variety of enemies, with slow ambling brutes, and giant frogs that are an obvious callback to Resident Evil’s Hunters. There are also mutated bugs, giant spiders, and a handful of boss fights throughout.

Each boss is easy enough once you get the hang of their attack patterns, but very few stand out. A giant worm battle as you take cover from its fiery breath on the back of a runaway train is probably the highlight. It should also be said that Splatter has one of the absolute worst vehicle sections in the history of twin-stick shooters. Trying to drive some kind of combine harvester through hordes of zombies should be bloody fun, but in Splatter the controls are so ridiculously borked that I got out and walked the whole level, and had a much more enjoyable time. 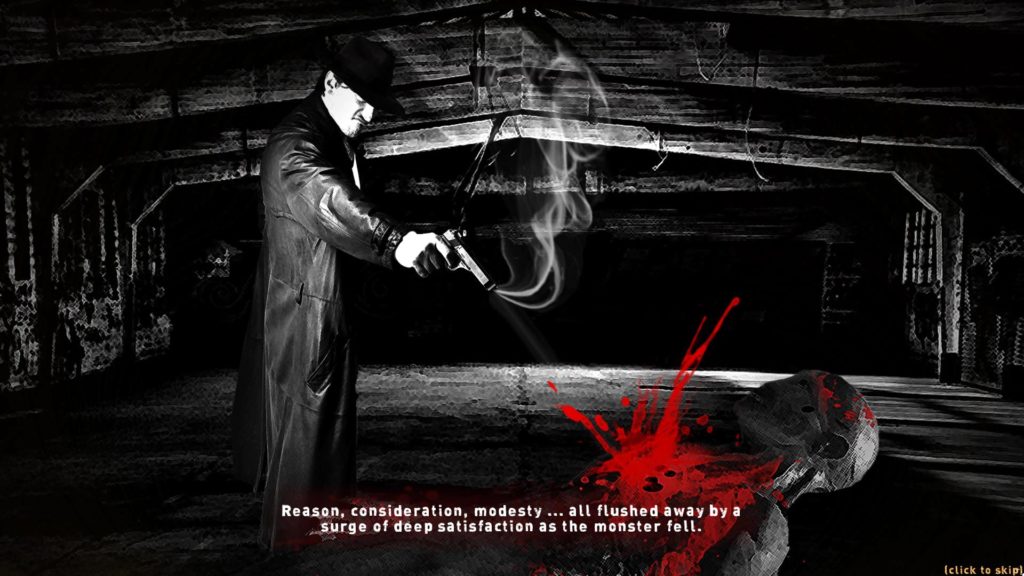 That aside though, Splatter: Zombiecalypse Now does what it sets out to do. It’s short and compelling enough that I didn’t want to stop until I finished it in one sitting, which has to say something. It looks good, too, with light playing a big part. The zombies are phobic of light, so using Max’s flares to buy yourself some breathing time is both smart and pretty to look at.

It does nothing revolutionary, but neither will it outstay its welcome. If you really want more after the campaign is done, the Survival mode may scratch that itch for a while, and teaming up with others on a higher difficulty could be super fun. Don’t go in expecting to be blown away, and Splatter: Zombiecalypse Now is a very satisfying few hours.

Maybe too short, though
One awful vehicle section
Some iffy voicework

Don’t go in expecting to be blown away, and Splatter: Zombiecalypse Now is a very satisfying few hours.