previous
Rad review
random
next
Remnant: From the Ashes review
1 like 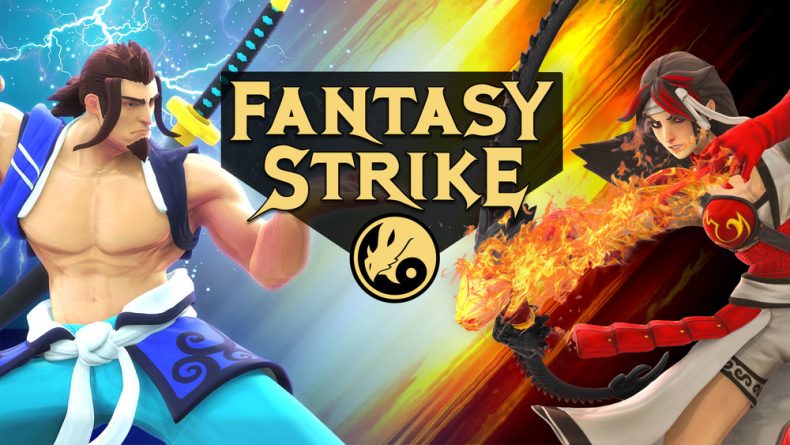 There’s a barrier around many fighting franchises. Street Fighter has three buttons for punching and kicking, plus a myriad of directional inputs for performing special moves, for instance. Mortal Kombat has similar, and rewards you for memorising said inputs with what amounts to a glory kill. Then there’s Tekken, with buttons mapped to your right and left limbs. Each of these games offer considerable depth in their mechanics, but is it possible to marry depth and simplicity?

Sirlin Games’ Fantasy Strike aims to do just that. David Stirling was lead designer on Super Street Fighter II Turbo HD Remix and has now turned his attention to a brand new fighting game franchise. Fantasy Strike has a certain Street Fighter aura about it, at least from a visual perspective, with chunky characters, bold outlines, flashy effects and signature moves. The characters are a larger than life bunch featuring a gambling panda, haunted lawyer, trainee ninja, an artist, a dude made of rock and a weather man? To say that this isn’t your usual bunch of fighting game misfits is putting it mildly.

Sirlin has hijacked ten fighters from the company’s online card game Yomi to fill out the roster, giving you a series of characters, with seemingly similar choice of tactics but drastically different movesets with which to figure out your play style. I quite like the painter Valerie, or the hunter Jaina, but if you’re in the mood for chaos may I recommend gambling Panda Lum who litters the arena with objects and has to make use of whichever ones he pulls out. Picking someone from this lineup is somewhat more complicated, though. While the moves are simple, implementation is not. Geiger for instance has a wide range of attacks, but his super move deals no damage at all, in fact it stops time and allows him to literally walk behind his opponent. Seemingly useless, but if you actually stop and think about it, tactically brilliant. But for people like myself seeing that potential is something that will generally pass us by.

That’s why the game comes complete with a considerable amount of video footage introducing the characters and what they can do, all presented in a Netflix style interface for ease of viewing. In this learning segment the developers will talk you through the characters backgrounds, their fighting styles, how their attacks can be comboed together and how to utilise their super moves for maximum effect. I loved how Guilty Gear Xrd Revelator really broke down the nitty gritty of character move sets, but Fantasy Strike does an excellent job of actually showing you how this can work in practice.

It is a shame though that these tips don’t carry through to the game’s training mode. You can bring up moves lists for the characters and see what damage your combos do, but you cannot evidence what you saw in those videos and instead have to rely on your own memory. What I do like though is the facility to restrict the game to a frame by frame play, meaning you can practice frame counting, something difficult to do when viewing at normal speed. There’s no moves list on screen but that doesn’t matter because there’s no move sets or button combinations to execute to pull off moves. Attacking comes down to five buttons, these are commonly referred to as the A attack (mapped to X), B attack (mapped to Y), C attack (mapped to A), a super move and a throw, while jumping can be controlled by the B button. I spent a bit of time on the game’s tutorial getting rather confused when being asked to press the A button not realising that it meant the A attack and not the literal button. Once you’re past that hurdle though it’s easy to get into. Combos generally take three or four hits meaning you don’t need to remember complex strings.

Special moves being mapped to the C attack button is a boon too, none of this ⬇️↘️➡️+P rubbish, you can just apply one to your combo should your character recover quick enough. Each attack has an icon flash on it, which is a circle with a cross through it, and it’ll change size and colour depending on how long it will take the attacking character to recover, if it’s blue you should be OK to attack again, while if it’s red you might want to brace for a counter attack.

How the game handles health is much simpler too. Characters have segmented bars which deplete when taking damage, lose all your segments and you’re KO’ed. Block damage is different as a result, with a blocked hit causing a segment to start flashing, a second hit promotes further flashes and a final third hit sees the segment removed. However, you can’t be KO’ed with block damage so that gives you some leeway to absorb hits at the end of your gauge. All of these changes make Fantasy Strike a much more accepting experience to get into, but make things incredibly deep from a tactical perspective. Many seasoned fighting game players will see the potential for the characters from the start, but for newbies watching the character tutorials is a must to help you understand why something that seems useless on the surface is actually the greatest move in a character’s arsenal.

It’s too late for this year, but I kind of hope this gets picked up for EVO 2020 as it’d be great to see how fights look when conducted by pro players. In the meantime I have my fingers crossed that Sirlin Games sees fit to grace the game with a few more characters, but for starters the game’s lineup provides enough variety to ensure fights aren’t always the same. All in all Fantasy Strike is a great entry to fighting games for anyone put off by the complexities of bigger franchises and it’s well worth a look.

Easy to pick up
Tutorial videos are eye-opening
Incredibly deep

Not many characters
Could prove too simple for pros

Sirlin Games’ Fantasy Strike is looking to make pros out of all of us with a simple pick up and play style that hides considerable tactical depth.