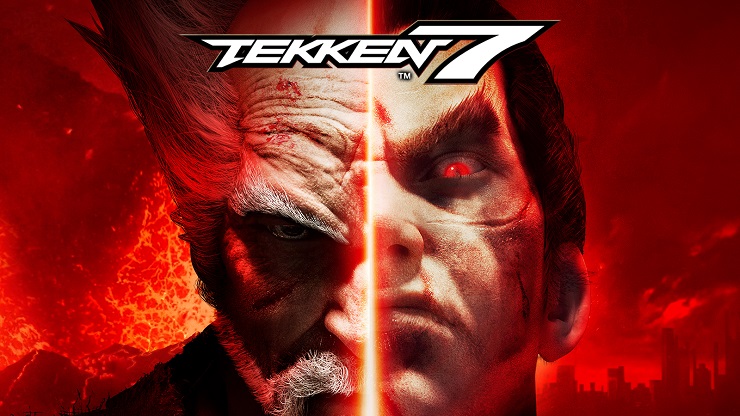 When it comes to father figures of the fighting genre, Tekken is considered by many to be the greatest, and it has cast its tutelage to thousands of gamers the world over. With Tekken 7, there’s no denying it’s still as good as it has ever been, and if it wasn’t for horrendous servers, this would be reaching the highest of marks possible.

Last year’s Street Fighter V was so empty at launch, that it’s good to see Tekken 7 fill our boots with modes to cater for everyone. OK, so it’s not jam-packed with versatility, but for what is there, you’ll find something worth investing time in. The combat here is exceptional, so getting to try out different characters throughout the modes gives plenty of weight to your time fighting, and is a big step up from Capcom’s underwhelming release.

A great place to start – whether you’re familiar with Tekken or not – is the Story Mode. Whilst not particularly long, it’s a good introduction to the game, and incorporates the ridiculousness of the series we’ve all grown to love. Caught in a war between Mishima Zaibatsu and G Corporation, the story is told from the perspective of a nameless reporter who lost his wife and son in the conflict, thanks in part to Jin Kazama. There’s a mix of cut scenes and static animations, with some truly awful voice acting, but it’s great to watch, and acts as a great break between the fighting. Some of the battles in the Story Mode are quick – not always lasting two rounds, and some of the fights are made up of a chain of five or so soldiers, but the addition of Akuma makes it worthwhile – and the final fight is epic in every sense of the word. The Mishima Saga well and truly comes to a head, and whether you’re a fan of the outcome, there’s no denying it’s both a visual achievement and a dramatic one. Running parallel to the Story Mode are the individual character arcs, the majority of them lasting no more than five minutes. Everyone has one, and some are really amusing – more so than I was expecting.

Arcade Mode is more traditional, as you fight five fighters in a row, ending with a penultimate battle with Heihachi, followed by a throwdown with Kazumi, Jin’s mother and Heihachi’s wife. The fights become harder as you progress, with the Kazumi fight being a tricky one to conquer, but it’s good to have that old school mode we’re used to with many of the earlier fighting games. Treasure Mode has you fighting 1v1 battles, and winning gives you a new customisation item for you to wear. Elsewhere, there’s a Practice Mode, and whilst it doesn’t feature any kind of tutorial, you do have a chance to read over your character of choice’s moves list and practice them for as long as you need to.

Now, you can have as many modes under the sun, but if the combat is pish, you’re not going to spend much of your time in them. Tekken 7 has one of the most intricate and effective combat systems in recent memory, opting away from special moves and huge impact attacks. Instead, each fighter will dish out damage by combining one of four strikes: a right or left hand punch, and a right or left leg kick. There are over 100 combos depending on who you choose, and learning them all will take a lot of time; the best you can do is master a few and build upon your foundations. Button mashing is an option, but it won’t get you far. Some of the new features in combat can change the tides of battle in a heartbeat. If you’re on your last legs, Rage Arts come into affect, and by pressing R1 you’ll unleash a powerful attack. It’s amazing how much this can help, and it always keeps the winner a mystery until the closing moments. Power Crush is also an important feature, as it allows you to use certain moves even when you’re being attacked. Yes, you’ll take damage, but you’ll also be able to inflict it as well. Finally, the Screw Attack will make certain enemies spin when airborne, allowing you to inflict damage on them as they hit the ground.

Tekken 7 is a technical fighter, and not one you can breeze through by hitting the four strike buttons hoping for a victory. For a while it might work, but if you aren’t blocking accurately and effectively, or timing your attacks correctly, you’ll lose a lot on the higher difficulties. If you have the time and willingness to learn, the benefits of mastering a character in Tekken 7 can reap monumental rewards, both intrinsically and physically.

Where the game really suffers is online, with servers booting you out of ‘found’ matches seconds after pairing you. This is being patched, but for a release that relies on its online functionality it shouldn’t be so broken at launch. If you’re the sort of person that is all about looking good and having the right attire, Tekken 7 gives you loads of options, even before you’ve unlocked anything. If you’re a fan of wrestling and know anything about NJPW, then there’s quite a bit for you to enjoy, such as the sweet Bullet Club t-shirt. There’s also a great homage to the Tekken series inside the Gallery, where you can look at old cinematics from previous games, and listen to their soundtracks. Why you’d want to is anybody’s business, as Tekken 7 has one of the best soundtracks in recent memory.

Tekken 7 has a fantastic combat system, using a straightforward system to implement lots of combos, and the new features such as Rage Arts help to change battles when it feels you’re done for. The Story Mode is pretty short, and the online servers are currently broken, but once they’re sorted, Tekken 7 will be one of the best fighting games out there.

Negan and Lucille are on their way to Tekken 7