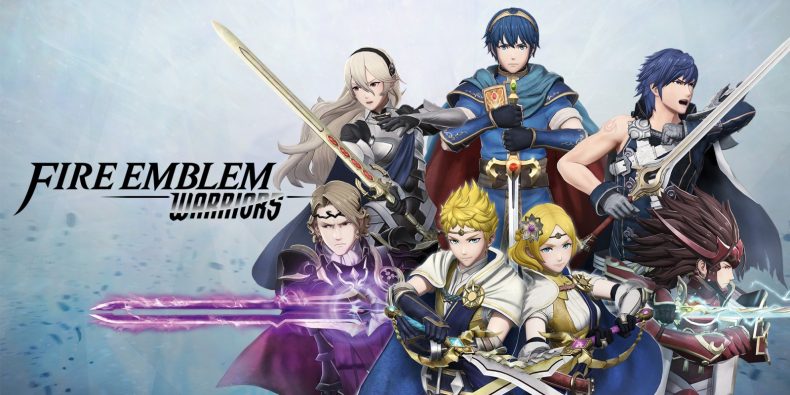 Koei Tecmo has done it again. The team has created a game with its signature Warriors style while doing the source IP in question justice. I quite enjoy playing Warriors games on the 3DS and Vita, but they haven’t been great conversions in most cases. When I started playing Fire Emblem Warriors, I was happy that we finally have a portable Warriors experience that plays and looks great (for the most part).

While there have been loads of collaborations in the past to take various franchises and do Warriors releases, the one that impressed me the most is Dragon Quest Heroes II. Now, though, I have a new favourite – albeit one that is flawed in certain areas. Fire Emblem Warriors is not just a great Warriors game. It is also one that is worthy of the Fire Emblem name. I say this because the nature of Warriors or Musou games where there are tons of enemies on a vast battlefield fits perfectly in the Fire Emblem lore. Historic battles take place on battlefields and other locations so the best way to play this game is to picture actual Fire Emblem games taking place here. In fact, that’s exactly what History Mode is. Since this is a musou game and a crossover one at that, expect the story to be mostly fan-service told through an original tale. Also it is evident that this release has been made for fans who joined the series at Awakening which is a downer for old school fans. I say this because a majority of the playable characters are from Fire Emblem Awakening and both Fates games. The main story in Story Mode has you picking between Rowan or Lianna who are royal twins in the kingdom of Aytolis. Your story takes you into parallel dimensions meeting characters from other Fire Emblem games and a short series of battles follow leading them usually to join your army. As the mode progresses, you move from one game to another in terms of characters you meet. While the story mode is usually throwaway in these games, I quite like it here. The source material was mostly done justice. There are a few characters who feel like a shell of their former selves, though.

History Mode is you experiencing important battles across Fire Emblem but each move you make is actually a Warriors scenario with a set of conditions. Speaking of conditions, I like how there’s a plethora of these across the Story Mode and History Mode battles keeping you on your toes and not just mindlessly hacking and slashing at hordes of grunts. The History Mode also utilizes the classic Fire Emblem sprites on maps that look just like they did on the lower screen in the 3DS games. I’m very impressed with how much of the actual Fire Emblem mechanics have made their way here. The weapon triangle is present here, healing items, weapon upgrades, and levels will all remind you of the games in the series you’ve recently played. When it comes to the cast and play styles, out of the 20+ characters who are playable, only around 15 have their own play styles. The others use clone movesets and just have aesthetic and special move differences. From the ones who are playable, my favourites are Camilla and Frederick. They feel so much more varied compared to the likes of Lucina and and Robin. Lyn also has a nice, unique feel. The best part is being able to switch characters on the fly with a single button press. This lets you make every battle feel more varied and get used to newer play styles. When you do this, I recommend issuing an order for the playable characters that get AI controlled. This adds a layer of strategy that is much appreciated in a Warriors game. The more I played, the more I enjoyed seeing some of my favourite Fire Emblem characters recreated brilliantly in HD here.

Speaking of the visuals, there are 3 visual modes spread across the 2 Switch play modes. When you’re docked, you have the option to go for Quality or Performance under Display settings. This is just like Action and Movie mode that Nioh had, a game which happens to be from Koei Tecmo as well. Quality mode aims for a 1080p resolution with a 30fps target. If you value image quality, go with this setting. If you prefer a fluid 60fps frame rate, that comes at the cost of image quality and drops the resolution down to 720p docked. I eventually stuck with Quality while playing docked. In handheld mode, these settings make no difference and it plays at a 720p 30fps target. This is definitely the best looking handheld Warriors game. There are some visual issues though. For one, textures could be better. In some cases they look really poor. There is also quite a bit of pop in with enemies. It isn’t as bad as Hyrule Warriors Legends on the 3DS but it is noticeable. When I played Hyrule Warriors Legends, I had only finished one Zelda game. It introduced me to new characters. With Fire Emblem Warriors, I feel like given the nature of the crossovers, they should have included more from older games. This can of course be rectified post launch with DLC but you will get the most out of this if you love the recent games and a few more characters. English voice acting is a tad inconsistent with some characters not having the same voice actor they did in the original games. The characters that are here could have all been made unique through different play styles instead of having clone movesets.

At this point you’re probably wondering if it is worth buying this in one of the most crowded periods in recent times. If you’re a Fire Emblem fan, this is a no brainer. It obviously has some of the Warriors game quirks and if you aren’t into those, maybe avoid it – but it will be a treat for fans. If you just enjoy the Warriors games and haven’t played a Fire Emblem game and own a Switch, this is easily worth it, although I do recommend checking out the Fire Emblem series on 3DS. I’m looking forward to the DLC coming because it was amazing value with Hyrule Warriors. This isn’t a mainline Fire Emblem game but it most definitely will get you excited for the one that will eventually hit the Switch.

Cast could’ve had older characters
Has some Warriors game quirks

Not just a great game to bear the Fire Emblem name but also one of the best Warriors games out there.