previous
Close to the Sun review
random
next
Nelke & the Legendary Alchemists: Ateliers of the New World review
0 likes 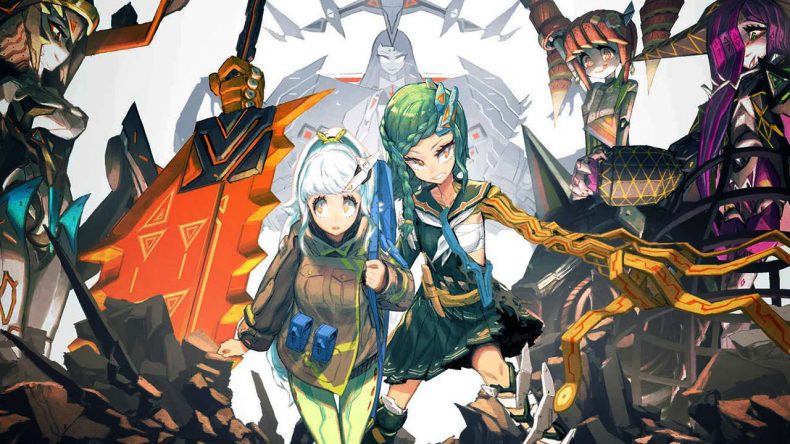 Rightly or wrongly, certain developers generate their own hype and excitement. By riding a wave of what has gone before, we’re often enthusiastic about future projects on their reputation alone. And so with Game Freak releasing Giga Wrecker Alt, I fell into that same trap on the back of all the quality and fun that their previous work on Pokémon embodied. And sadly, “trap” feels like the right word as Giga Wrecker Alt not only fails to live up to those lofty expectations but actually tends to frustrate and disappoint throughout. Blissfully catching ’em all suddenly feels a long way away.

You control escaped prisoner Reiki Rekkeiji, who after her rescuer inexplicably attempts to kill her, is rescued a second time by an enthusiastic scientist, who saves her life by fixing her up with robotic body parts. As a newly-created cyborg, you have acquired numerous abilities, the most important of which is the ability to draw debris in from fallen robots and then use it to both attack, traverse the environment and solve numerous puzzles on your way to overthrowing the evil robots who have imprisoned you in the first place. The main bulk of the game is based around puzzle solving, with the combat taking a back seat as a means to an end to acquire enough detritus to progress the puzzle in question. Often these conundrums involve areas that take up the whole screen, with multiple parts to consider. You might be using your rubble to create platforms for yourself, cover it in rubbery liquid to bounce off it, or maybe guiding laser beams to their targets to unlock the next elevator, and being one step closer to your final goal. Whilst initially a brand new puzzle can feel daunting in scale, sometimes broken up by multiple screens due to its size and complexity, they still feel intuitive. After a bit of trial and error, you’ll soon figure out what the designers want you to do.

Sadly what the designers really want you to do is to use physics and momentum to solve a fair chunk of these problems, and this is where, if you pardon the pun, it all begins to crumble. Some occasions where you’re simply using gravity to drop something vertically onto a wide flat service works perfectly fine, but as soon as things get precarious or you’re looking for horizontal movement as well things begin to unravel. The physics of the falling rubble often feels imprecise, and on most occasions you can see what you need to do, but the momentum won’t quite work and you’re forced to restart through no fault of your own.

To make matters worse this imprecision also flows through to the movement of Reiki herself. A simple slight push of the analogue stick will see her lurch forward with all the grace of an enthusiastic freight train. In an environment where precision is key, unreliable lateral movement is a big hindrance. This isn’t limited to simple ground traversal though, as jumping also becomes frustrating if any movement to the side is involved in the jump, which as you would expect happens fairly frequently. Nothing is more frustrating than missing a platform and plummeting to a spike death courtesy of an overzealous leap. The designers clearly were aware that such deaths and problems with puzzles would occur though, as they seem very open in offering help to you along the way. Not far into the game, a robot will accompany you who can interact with little beacons that appear in many of the puzzles to give you a visual clue of how to proceed, normally a representation of what the end result should look like, and you then just need to figure out how to make your screen replicate what you’ve just been shown. But as has been said before, often due to the inconsistent physics, knowing what to do isn’t enough, as you have to rely a bit on pot luck for the game to work as it should.

And if overt “here’s what it should look like” tips aren’t patronising enough, Giga Wrecker Alt seemingly takes joy in going one step further. Boss battles are peppered throughout and are a rare return to the combat that so often takes a back seat in proceedings. These encounters are fast-paced affairs often relying on quick reflexes and learning the enemy moves, and when best to strike with a ball of rubble. And whilst ageing me acknowledges that my controller dexterity is not what it once was, what I don’t need is repetitive, unskippable dialogue after every few deaths that points out what my tactics should be. Because whilst the combat is much better than the platforming, you do still need to be able to jump and move with confidence to survive, and this is not its strongest area. No amount of “gitting gud” by me through trial and error can make up for that. Those frustrations aside though, the boss fights do offer a refreshing – and literal – change of pace and a much greater feeling of satisfaction on besting them than the often wayward puzzles that lead to them.

Other positives come from the way the game deals with progression by collecting blue crystals from rubble and fallen enemies. You get a perk point for every 100 which you can spend on the skill tree which broadens as you progress the story. This can either be to increase your health or to acquire specific skills or buffs to help you on your way. You can also unlock blueprints for new upgrades to your cybernetic arm to open up more possibilities, and solve new puzzles. There’s also a few optional extra areas and puzzles to explore. Completing them will reward you with either a large bounty of crystals to level up with or cosmetic upgrades. Unfortunately other design choices can further frustrate your experience. The first is the absolutely barmy decision to not allow you to absorb all of the debris from fallen enemies, meaning little piles of scrap are left on the ground. By and large, this is absolutely fine, until that exact spot is where you want to place a block to progress and now it’s moving about all over the place unable to balance on this uneven surface. It seems that despite your arm containing advanced technology to manipulate matter, no one thought to include a little dustpan and brush, or maybe even the use of your legs to just kick it aside. No, that’ll be another reset to the start of the puzzle. Unskippable dialogue is also annoying and appears not only during boss battles but often because checkpoints are spaced weirdly apart, meaning a death could see you having to unnecessarily retrace your steps, and on occasion through a lengthy piece of dialogue you’ve heard many times before.

The biggest frustration with Giga Wrecker Alt, though, is that it’s a missed opportunity. The puzzle ideas are actually pretty good, the story, although nothing revolutionary, is at least interesting and drives you forward. And the boss battles are intense, but also intensely satisfying when overcome. The problem is with its execution, particularly with the physics. Things are so sporadic, random and unpredictable that you get frustrated having to repeat sections just because the game didn’t do what it should have done. And the movement of Reiki feels far too loose and flimsy for a game that is about consideration and precision. If you had more control over proceedings, this would actually be quite a fun title, but as such it’s one that feels far longer and far less enjoyable than it really should. Often it’s the failure of the game design and not you that causes a misstep, and there’s only so much of that you can take before calling it a day.

Inconsistent physics
Poor movement control
Too much trial and error