Nelke & the Legendary Alchemists: Ateliers of the New World review 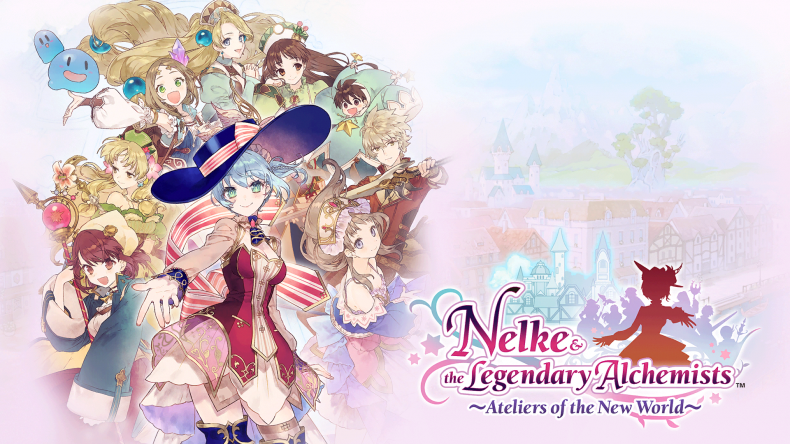 Simulation and city building games are a dime a dozen these days, but getting one from Gust as an anniversary game for the Atelier franchise is something I didn’t really expect when it was announced for consoles in Japan. As with all Gust games, the localisation has released on PS4, Nintendo Switch, and PC platforms, and with every new release it feels like Gust takes one step forward and a few steps back. I adore the Atelier franchise and basically own and have played almost every release on all current consoles, including every Vita release so the prospect of having a game with characters from all of those titles and ones I hadn’t played was pretty appealing to me. Sadly, Nelke & the Legendary Alchemists: Ateliers of the New World feels shallow and isn’t the celebration the series deserved.

Before getting into the actual game, a lot of people keep asking if they can start with a particular game. Nelke is a celebration game with an attempt at fan service as characters from different games interact with each other, and it really isn’t a great starting point unless you’re OK playing through a sub par simulation and city building game with great looking characters. You’re better off with Atelier Rorona, which is available on all current platforms now as a great intro to the series, or Atelier Sophie. Nelke is a noblewoman who has been assigned the task of growing the village of Westbald. On her journey, she will meet all the alchemists you know and love (or even hate) if you’ve played earlier games in the franchise. This is where the anniversary game aspect comes into the picture. Nelke & the Legendary Alchemists: Ateliers of the New World has its “everyone is here” moment for the Atelier series, and you can see characters from old and new games together, which is nice.

To develop the village, she needs to start earning money to build more buildings and facilities, to earn more money. This is basically the flow. You have a working day where you decide what to build, produce, etc, and a holiday where you can investigate and explore (automated movement sadly) for new resources. You can also spend time and improve your relationships with people here. Nelke’s biggest gameplay issue is how it does a terrible job if introducing you to the various gameplay mechanics initially. You are bombarded with a ton of menus and the first few hours are rough. Once you get beyond this, the game finally clicks and becomes a decent city builder. That being said, if you’ve played other city builders, this will feel very simplified and boring rather quickly. Visuals in Gust games are sadly very inconsistent these days. After Atelier Sophie, every release has faltered in some way or the other. Nelke on PS4 Pro can look gorgeous when you’re looking at Gust’s superlative character portraits and UI, but it looks pretty bad when they show any in-engine footage, with flickering shadows and low quality textures. It is pretty baffling seeing these issues occur on the PS4 Pro considering this game doesn’t even give you free roaming control to move around.

The one aspect of Gust games that is usually great is the music and, while the music in Nelke doesn’t live up to the greats in the franchise, it is still good. Voice acting is still in Japanese which is now the norm sadly in a post Lydie world, since Koei Tecmo doesn’t see any value in dubbing a franchise that has had dubs for a majority of its releases. The Japanese voice acting is very good but I was hoping more of the dialogue would be voiced. I obviously wasn’t expecting an in depth city builder like the genre greats, but Nelke has a bit too much dumbed down. Alchemy feels like something they added here last minute and is a big letdown compared to earlier games. Movement is automated and even the combat feels like it was ripped out of a mobile free-to-play game in its presentation. Atelier has never been about the combat, but to see another aspect of the main games I enjoyed turned into something that feels tacked on is annoying. I wouldn’t have minded the removal of combat altogether since exploration and better alchemy would suit Nelke’s gameplay more. One other issue is how the localisation is a bit inconsistent. In the beginning, you’re told to build a Small Grocery Store but the option you get immediately after is a Basic Grocery Story. It’s a small complaint, maybe, but it is annoying.

The biggest issue with Nelke is that it fails to hold your attention like other Atelier games, and inconsistent visuals on PS4 don’t help. Thankfully, this is a side game and hopefully Gust will learn from this to make their next attempt at this genre better. Right now, this is an easy skip unless you’re craving more Atelier and can’t wait for Lulua which is a traditional Atelier release. Nelke is definitely my least favourite Atelier game on PS4 by a big margin.

Nelke & the Legendary Alchemists: Ateliers of the New World is an interesting take on the Atelier franchise but one that lacks most of what makes the series fun in the first place.