Considering we’re heading into a new generation of consoles in 2020, the sheer volume (and quality) of racing games has been immense. Although it has mainly catered for the more serious, realistic motorsport, it seems that we’re entering a period for arcade experiences to shine. One of the first ones on-track is Hotshot Racing, a game I previewed back in April, although it feels like years ago at this point.

Developed by Lucky Mountain Games, alongside veteran studio Sumo Digital, Hotshot Racing is an homage to classic racers such as Virtua Racing and Daytona, with a little Burnout thrown in for good measure. For the most part, it works. 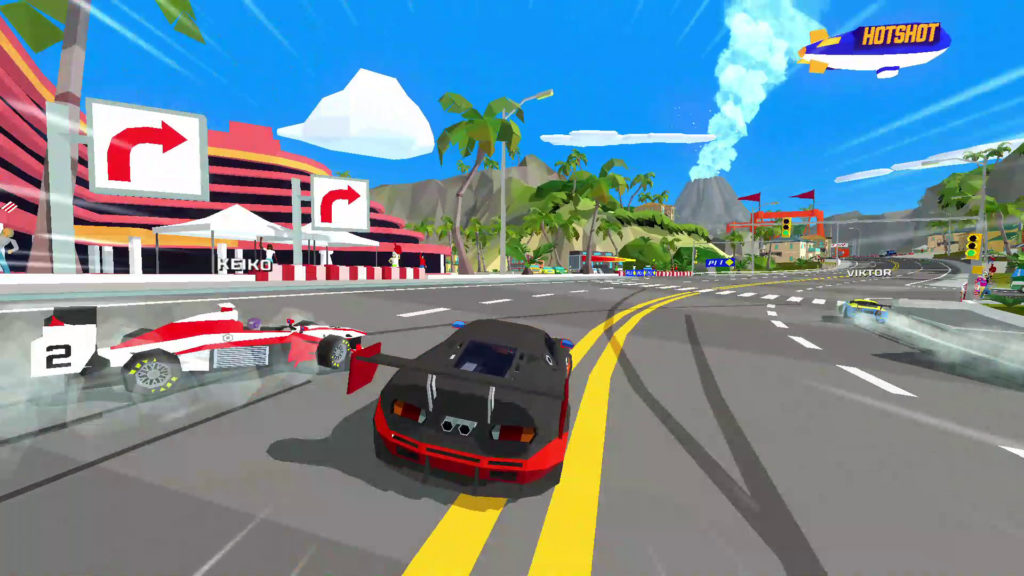 You can’t ignore that art style, can you? Clearly modelled on the SEGA games that inspired it, the low-poly look is incredibly distinctive and the colour palette is so vibrant, you can almost imagine it on an arcade cabinet in the Nineties. Especially with that voiceover bellowing “Hotshot Racing” on the title screen. It’s a real throwback game, for us old folks.

Its characters are a throwback, too. Each and every one is a stereotype of some kind, from the overly patriotic Russian to the haughty Brit with the superiority complex, the cast is something that you generally don’t see in today’s games. They’re constantly chatting away during races, spouting one-liners as they overtake and are overtaken, or getting annoyed when they’re shunted by an opponent.

Get used to being shunted, by the way. It highlights one of Hotshot Racing’s biggest flaws: its AI. Races are almost always close-fought affairs, with racers constantly swapping positions back and forth throughout each event, so you expect a few knocks here and there. No problem. But I lost count of how many times I was shunted into walls, or pitted into a slide that had me pointing the wrong way into corners, and even for an arcade game it felt like way too much. 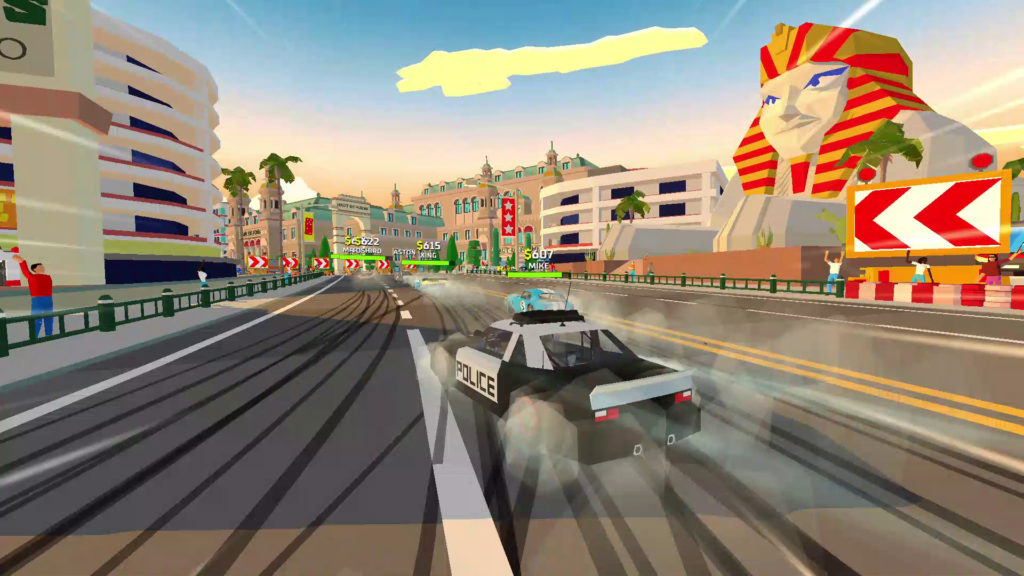 It becomes an even bigger problem in the game mode Drive Or Explode, in which speed is precisely the key to victory. In this optional, extra game mode, you need to stay above a certain speed while reaching checkpoints. Drop below that speed and you’ll begin taking damage, before exploding as the title suggests. Every time you pass a checkpoint, the minimum speed increases, forcing you to use drafting and boosts effectively in order to complete the race. So when the AI sends you crashing into the barriers for the umpteenth time, slowing you to the point of exploding, it just isn’t very fun.

Honestly, neither of the extra game modes are particularly fun. The other, Cops & Robbers, sees you either racing to escape the police cars, or chasing down other racers, in one of said police cars. This game mode is so chaotic that it’s not entirely apparent how you actually succeed on either team. Trying to evade the police is nigh impossible thanks to the rubber banding, while chasing the robbers feels like a chore as their health drains slowly and inconsistently. 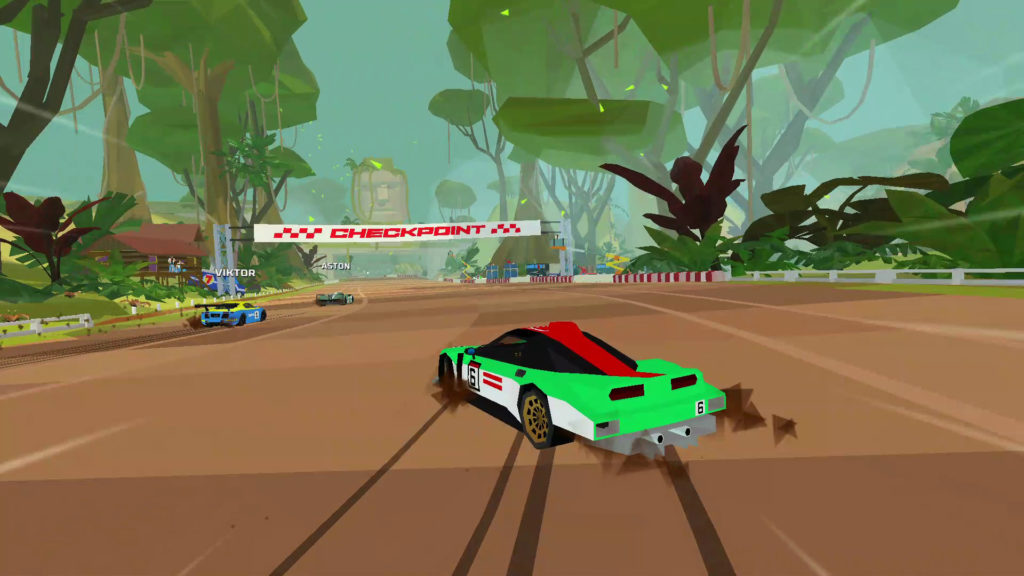 Thankfully, general racing is fun enough. Hotshot Racing offers twelve tracks across four different areas, from the Desert to the sunny Coast, each with reverse and mirrored options. It isn’t actually very much, the whole game feels a little light on content, but there is still a lot of fun to be had. The handling is simple, with a tap of the brakes sending you into a nice drift, and a boost button to propel you forward for a short time. Get in the slipstream of a driver in front and you’ll begin drafting them, pulling you forward in their wake and allowing you to slingshot past. Drafting and drifting are key to earning boost, which is often the key to winning races, which does at least excuse the strong rubber banding of the AI. It doesn’t excuse its awful shunting behaviour, but it does all add to the excitement of each race.

Hotshot Racing doesn’t just remind me of old arcade racers, there is a hint of the old PSOne-era fighting game, too. No, not because of the constant barrage of attacks by your opponents, but because of the Grand Prix mode. Playing through a Grand Prix, on any difficulty with any character, will unlock an ending for that character. Okay, so it doesn’t have the dramatic, movie-like quality of the old Tekken endings, but there’s a parallel nonetheless. It offers a little something extra, on top of the earnings that allow you to customise your outfits and cars.

As an homage to classic racers, Hotshot Racing provides some fun and frantic arcade racing, full of drifts and boosting. It looks lovely, with its colourful, low-poly visuals and its sound design brings back memories of Nineties arcades. Retro fans will probably love it, but most will likely be a little frustrated by its sometimes race-ruining AI and the rather slight amount of content available.

As an ode to classic racers, Hotshot Racing is a fast, fun game. It’s just let down by limited content and some frustrating AI.