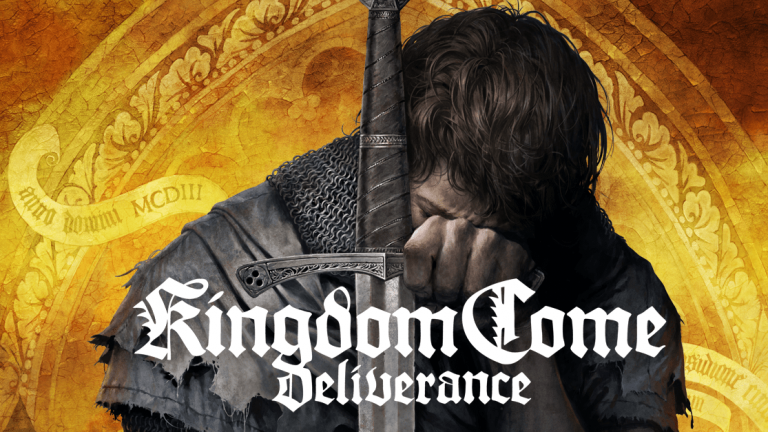 Let me start by saying I’ve never played an RPG quite like Kingdom Come: Deliverance. Now before you skip the rest of this and head straight to the score, I should point out that this statement does not necessarily mean it’s mind-blowing or genre-defining; it’s simply ambitious in ways that games rarely are these days.

For a start, there’s no magic. No fantasy creatures. No fairies, dragons, demons or alternate dimensions. Grounded in the mud-and blood-soaked reality of 15th Century Bohemia (now known as the Czech Republic), Kingdom Come tells a much more intimate, much less grandiose story than we’re used to seeing in an RPG. In fact, as the game begins, it feels so un-epic that I almost thought I was playing some kind of parody. It was dull and drab and, I admit, a bit boring. Don’t worry, though: it gets better.

Bear in mind that I was raised on Oblivion, Fallout, Mass Effect, Final Fantasy VII; all RPGs that put style and panache above almost everything else. They’re also RPGs that start quietly but build up to the big bangs early, hitting you in the face with the epic as soon as possible and not letting up. Kingdom Come is completely different. The first 3 to 5 hours (depending on how much you want to explore the initial area) act as a tutorial. Main character Henry is the son of a Blacksmith, living in a muddy little village, drinking, fighting, wooing his lover Bianca, and basically being the 15th Century equivalent of a layabout teen. There’s no character creation or customisation here, but you can influence his personality and skills, and, more importantly, how Henry is perceived by everyone he meets.

When Henry’s mother starts asking questions about his whereabouts the night before, your choices inform Henry’s starting stats, with different answers affecting Vitality, Agilty, Speech and Strength. In that respect, Kingdom Come is actually very traditional, as you will build your character along specific skill paths to develop a certain type of warrior, rogue or charmer. But strap in and bring your lunch, because it takes a serious investment of time and patience to get there.

Initially tasked to carry out some mundane jobs for your dad, you – as Henry – get to explore the village, beat a few people up, flirt with your girlfriend, buy some charcoal and get very, very dirty. I struggled a little bit with some of the systems, some of which improved and some which didn’t. The first-person combat, which I first experienced while beating up the Woodcutter over a debt owed to Henry’s father, was hard going and never quite clicked with me. You know that thing RPGs do where they start you out in rags with a wooden sword and no money, but by hour 40 you’re slinging fireballs, lopping the heads off dragons, living like a king and managing fifteen different outfits to best suit whatever the situation calls for? Yeah, Kingdom Come doesn’t do that. Henry’s stats increase as you progress, but he doesn’t become a good fighter until you do, which is incredibly cool on paper, but won’t necessarily please fans of the more traditional approach.

There’s a noticeable heft and weight to each swing of your sword, axe or mace once you’re armed, which goes some way to at least making it feel authentic, but your blows are largely imprecise and, during fisticuffs, lack impact. My first fight was uncomfortable, far too long, and frustrating – I didn’t even know I’d won until the cutscene suddenly kicked in. From then on I wandered around with a bloody nose and dirty clothes, which the other characters noticed and questioned me on – which is where Kingdom Come excels.

For every fiddly frustration with the controls, for every annoyingly long fight, for every irritating system (trading is needlessly complicated, as is the lock-picking), Warhorse does something equally as cool to balance it out. Managing Henry’s overall wellbeing is a full-time job, as you’ll need to keep him clean, fed, rested, and strong. You can only save at your bed, during a bath, or by swigging a bottle of “Saviour Schnappes”, a tongue-in-cheek nod to Kingdom Come’s unique save system. There are several self-aware moments and in-jokes throughout, including a gag early on where Henry remarks that wandering round the village was like “seeing it all for the first time” – which of course you, the player, is. It’s not until tragedy strikes with the kind of suddenness and finality with which tragedy always strikes in an RPG and Henry is forced to move on that the game really begins, and from this point it becomes a much less linear affair. Quests, such as they are, often have multiple branches, and your answers in every conversation can have unexpected consequences. The important thing here is that you have to live with your choices – there’s no opportunity to go back without reloading an old save, which – if you’re not careful – could set you back quite a way. Arguably this is the better direction for an RPG: permanent choices add weight and encourage repeat playthroughs. If you want to see everything, you’ll have to run through it again.

With such a large campaign (clocking in at between 50 and 70 hours), and so many tiny systems going on in the background, concessions have been made where the graphics and performance are concerned. Up close, textures appear ill-defined, details blur, and under close scrutiny the world is far less pretty than it looks minute to minute. The upside to this is of course that it feels as though the world is getting on without you. Every NPC has a routine, and every routine can be disturbed by your actions; managing hunger and fatigue is irritating to some, but here makes sense given the gritty feel of the world and narrative.

It’s not all good, though. The writing is largely decent, and the small-scale, more personal revenge story works surprisingly well, but there are some cringe-worthy lines, a few off-kilter performances and, at times, a little too much swearing – but then the story of a peasant boy whose quest for revenge gets him embroiled in a plot to depose a foreign king is hardly likely to be all sunshine and rainbows. Visual bugs and glitches are fairly prevalent as the engine struggles now and then when there’s a lot going on, which leads to regular texture pop or missing textures altogether, but it’s nothing we haven’t seen before in open world games of this size. It’s worth noting though that there’s not a great deal of variety or colour in the environments and characters, which is more a hangover from the setting rather than a lack of creative flair.

The elephant in the room is the controversy kicked up by certain comments from studio co-founder Daniel Vavra. I’ll say that from a very clinical standpoint, Kingdom Come is a solid enough RPG with some good ideas. But the kicker strapped up in big size 10 boots is that Vavra is an unashamed bigot, spouting anti-SJW venom on various social media outlets and vocally supporting GamerGate. That may or may not matter to you, but such views are an anchor chained to the ankle of an industry already drowning in a sea of conflicting voices. Buy the game if that’s your choice, but know what you’re supporting if you do.

Taken purely as a product and despite its designer’s archaic viewpoints, Kingdom Come Deliverance is a decent game. Most of it works most of the time. The combat won’t click with everyone; the slow-burn pace and overall drabness will put off some gamers, but ultimately Warhorse are victims of their own ambition, throwing too many ideas into the pot and failing to thoroughly cook any of them.

Kingdom Come: Deliverance is vast and ambitious, but won’t please everyone no matter how hard it tries.