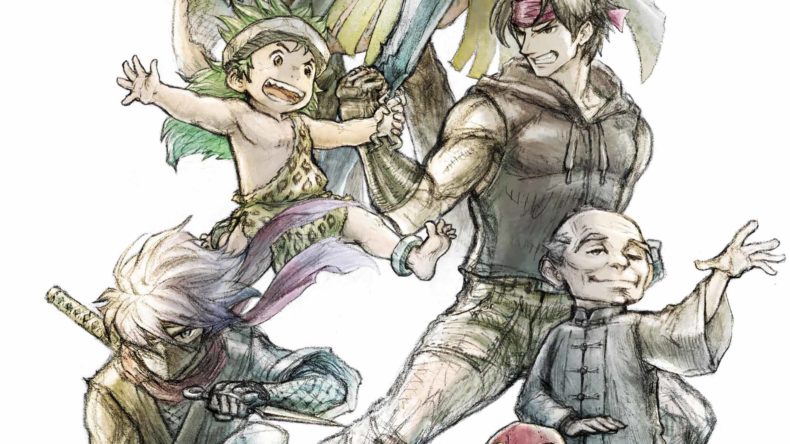 In principle, Live A Live should be a fantastic game. Multiple short stories that are tied together via an overarching plot, with the 2D-HD visuals Square Enix has pioneered so beautifully. Voice acting adds the cherry to the top of the turn-based mechanics of old, brought fresh into 2022 for a whole new audience to enjoy. That’s the theory, right? In practice, Live A Live is a bit of a mixed bag, offering some fun, but also some moments that are faithful to the original experience when it really shouldn’t be.

Take the ancient China section for example. Tied to the past, the ideas are interesting but it just isn’t fun to play. A lengthy setup for what ultimately becomes a boss rush ending could be exciting if not for the fact that the final boss can (and will) one-hit kill you. Even if you explore beforehand and gear up to the best of your ability, you can be put down with one attack. Archaic, annoying, and a poor design choice that should be left in the past. Telling you to save often because of lost progress is a nice bit of advice, but when it feels like it’s there because you can be ruined in seconds through no real fault of your own? I just don’t know about that. 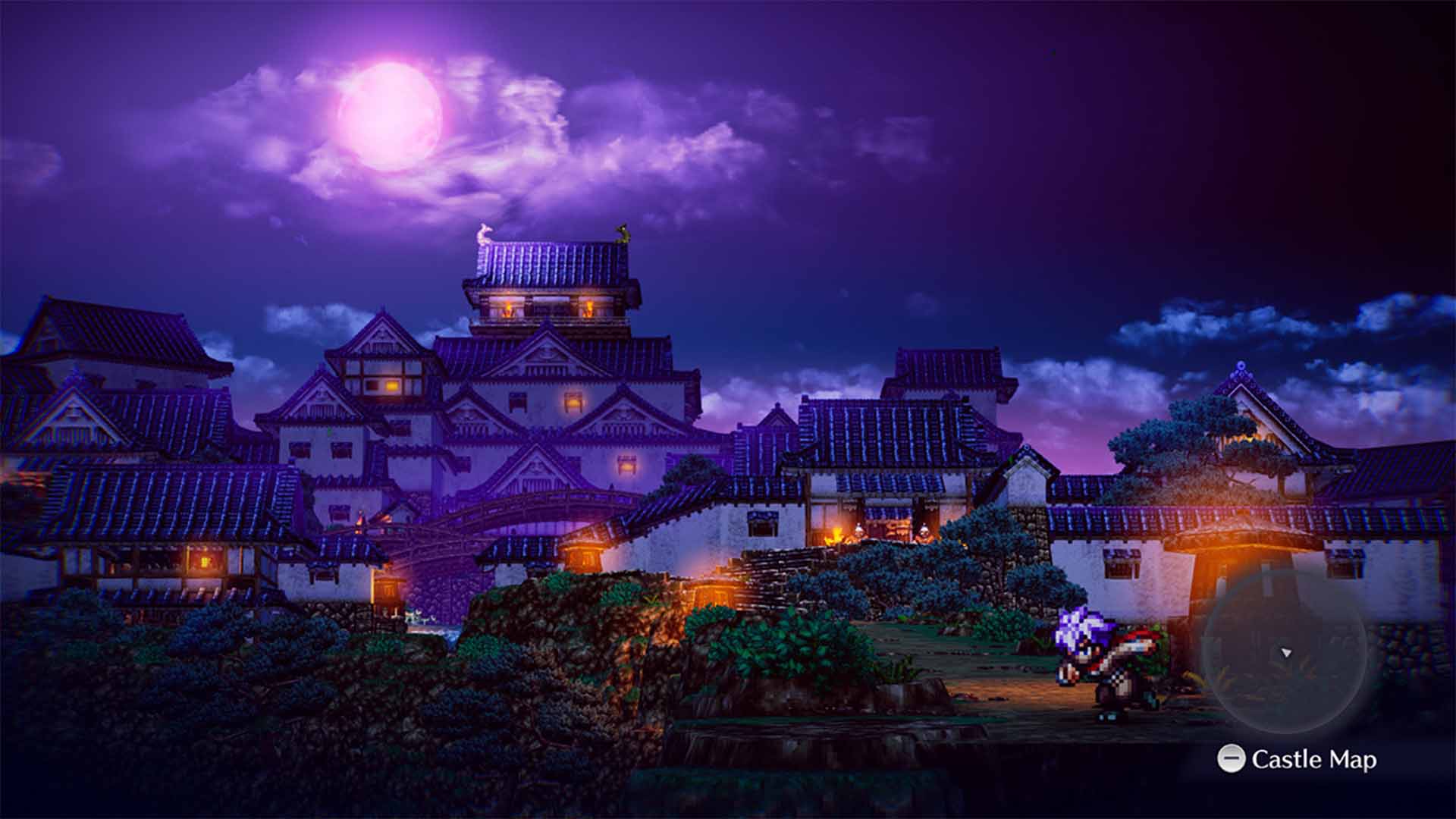 But then there’s the story set in feudal Japan that is more interesting from a story perspective, and just generally feels like it has more to offer in every respect. Exploring the enemy stronghold there’s an attempt at stealth on offer (which I admire, even if I think it ultimately just makes the game harder through lack of levelling in fights), it has mystery and peculiarities that just make it so much more interesting to actually play through. A more solid levelling curve means you start out weak but end strong, and it’s just a more tried and tested way of developing character, offering a far more traditional feel. Here, the two hour story feels like it’s over as it’s getting started, whereas the China section makes two hours feel like ten.

Thankfully, it’s more hit than miss, overall. For example, the Western section is a complete joy from start to finish. It may be over a little too soon for my liking, but mechanically it feels completely different, and while there are a few fights, it’s more about strategy and planning. Here, you have a time limit to search the town for things that will help, and can then assign townsfolk to set traps based on their skills. How well you do in that phase results in an easier end-boss fight, or one filled with lots of grunt enemies to get through first. It’s clever, and importantly, it works. 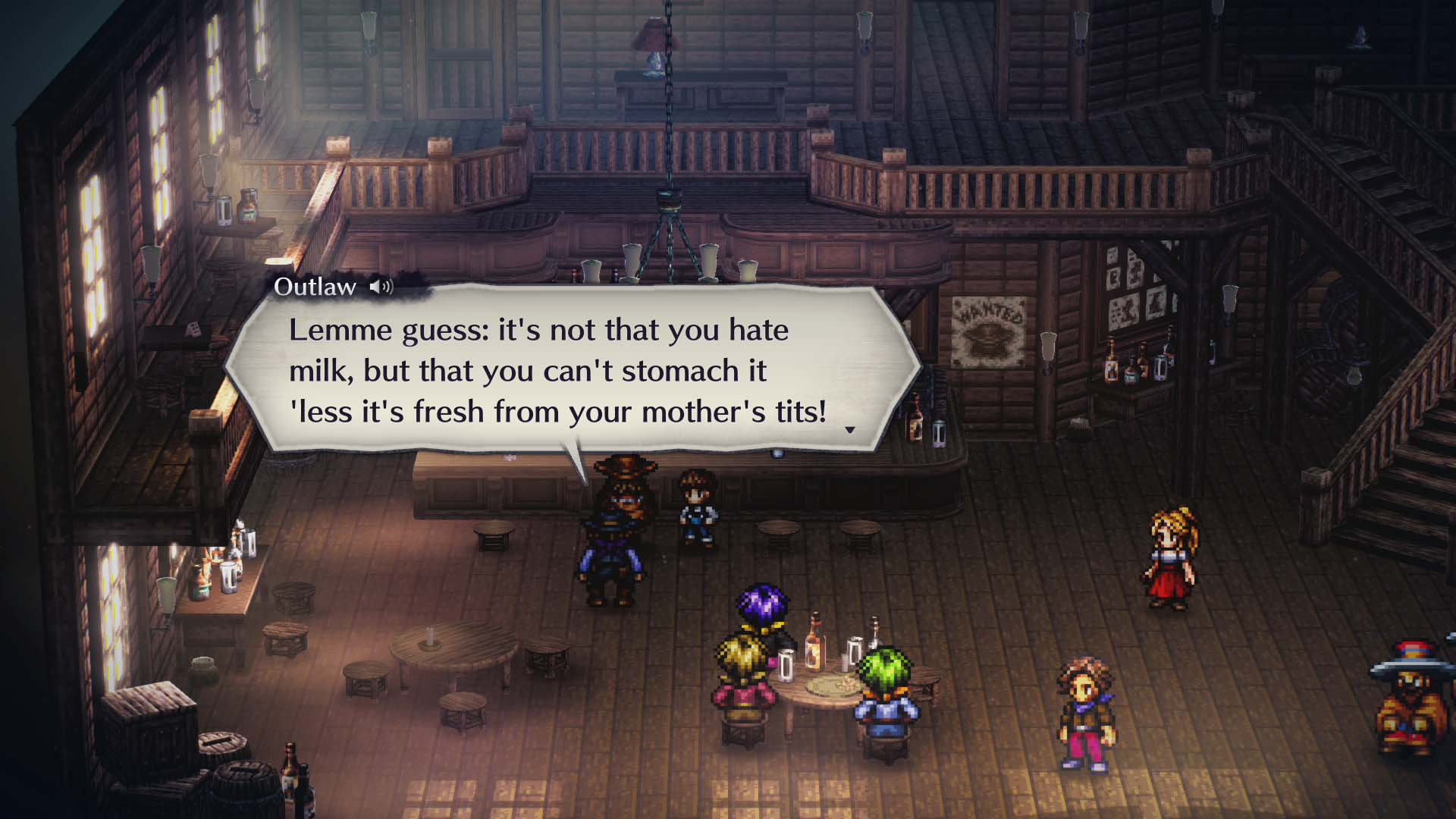 At the risk of reviewing every game within the game individually, I’ll stop short and say there’s almost definitely something in here for you if you’re a fan of turn-based action. Despite the age of the original source material, there’s enough clever ideas that flip tried and tested tropes to keep it interesting. For every miss like the ancient China story, there’s a major success like the Western one. It’s never nice to call things “boring”, but the China story (and to an extent, the Far Future one) commit that cardinal sin of just being not a huge amount of fun to play. Perhaps it’s the order in which I played them, and the mechanics wore thin; but it’s simplest to say that your mileage may vary on the stories here.

It’s important to note that Live a Live is not bad by any stretch of the imagination; I would rather just urge caution. Each adventure is a few hours long (on average), and this means that the assumed lengthy adventure the visual style and developer itself is known for, isn’t quite the case here. It also feels like a “one and done” thing, which you aren’t likely to replay over and over. There are reasons to do so, for example, the aforementioned Feudal Japan level which has the stealth option that, again, I’m just not sure is as viable as it is interesting, but it is there, and you could play that way.

Also it’s worth noting that despite the relatively slight runtime, most of the chapters take a fair bit to get going. There’s an exposition dump at the start of every chapter, differing in length, and given that the combat often doesn’t vary from story to story, it feels as though in a more modern game, things would get going a little quicker each time. But perhaps that’s unfair, because this is a visually modern version of a much older title. 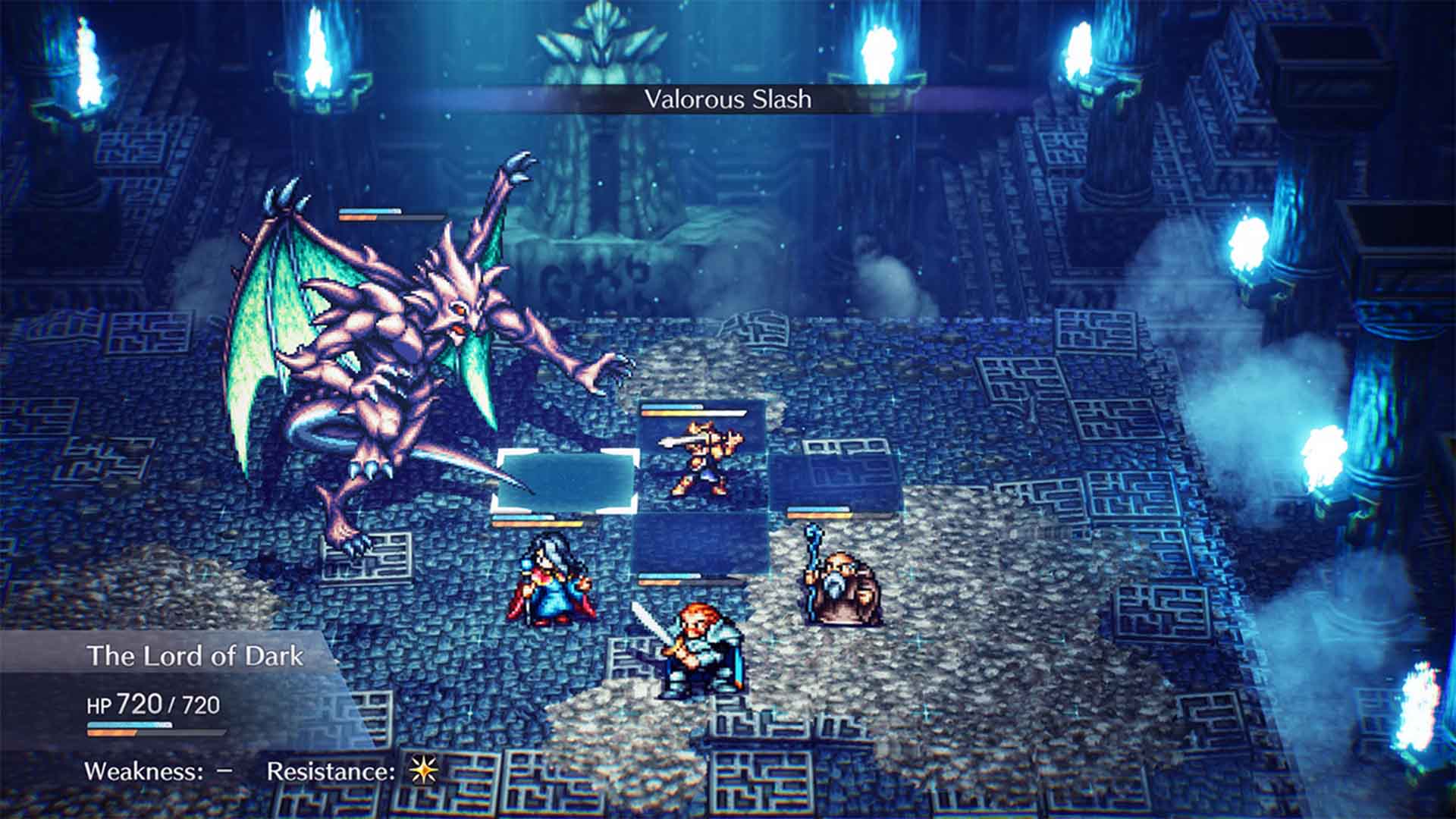 That said, I take issue with the loading screens. For a game of this ilk in 2022, I wouldn’t expect to be taken out of the action regularly. Instead, every time I moved inside, or outside, or there’s any transition in location at all (even just moving to the next screen), there’s a load screen of 2-3 seconds. It’s perhaps discourteous to complain about this, but given how rapidly the screen appears and disappears, it feels like further optimisation was possible. It’s an annoyance, however small.

It all looks wonderful, of course. This is a proven art style now for Square Enix, and while most of the voice acting is serviceable, some feels a bit close to being pastiche-by-mistake, which can sound, shall we say, unfortunate. But this is a love letter to a clever idea that got lost in the West somehow. It’s great to see this kind of game getting a second go around, and while it may not blow the competition out of the water (and while the likes of Octopath Traveler and Triangle Strategy are simply much better overall), it’s a neat little curio that warrants a look.

Live A Live is a neat little curio that warrants a look, but there's a huge variety in not just story, but the quality of the action as well.