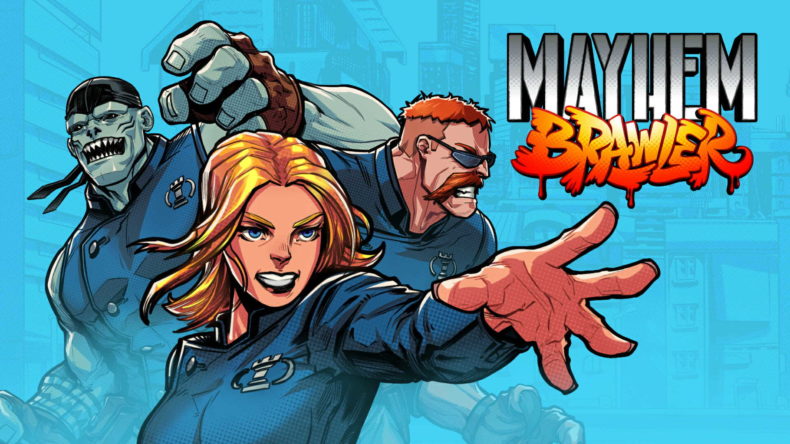 It is no secret that I am extremely fond of a belt scroller. Capcom, Konami, and Sega were churning out masterful examples of the genre when I was a kid. And to this day I will still happily while away an hour on yet another playthrough on Final Fight. It is also no secret that Hero Concept’s Mayhem Brawler has been influenced by the recent resurgence in scrolling beat ‘em ups, most notably the sublime Streets of Rage 4.

On the surface then, they have done a commendable piece of work. Brawler is a beautifully presented comic book drawn to life. It has great visuals and a likeable clutch of well-designed mutoid X-Men-style characters. You are thrown straight into a campaign mode, introduced by a terrific comic panel layout spliced with a faux social media feed and some cornball narration. There are multiple routes through the story. There’s even a number of different outcomes and endings, and even a bit of morality dilemma going on.

CHECK THIS OUT: Marvel’s Avengers character guide | From Worst to Best

You take control of Stronghold – a team of wise-cracking militaristic law enforcement agents. You are plunged into battle with a menagerie of foes that nicely combine the standard humanoid thug element with some fantastical magical shenanigans. Imagine if Cody and Haggar were plunged into the world of Shadowrun. A place where you are just as likely to face a teleporting blue trickster than have a metal pipe wrapped around your neck. 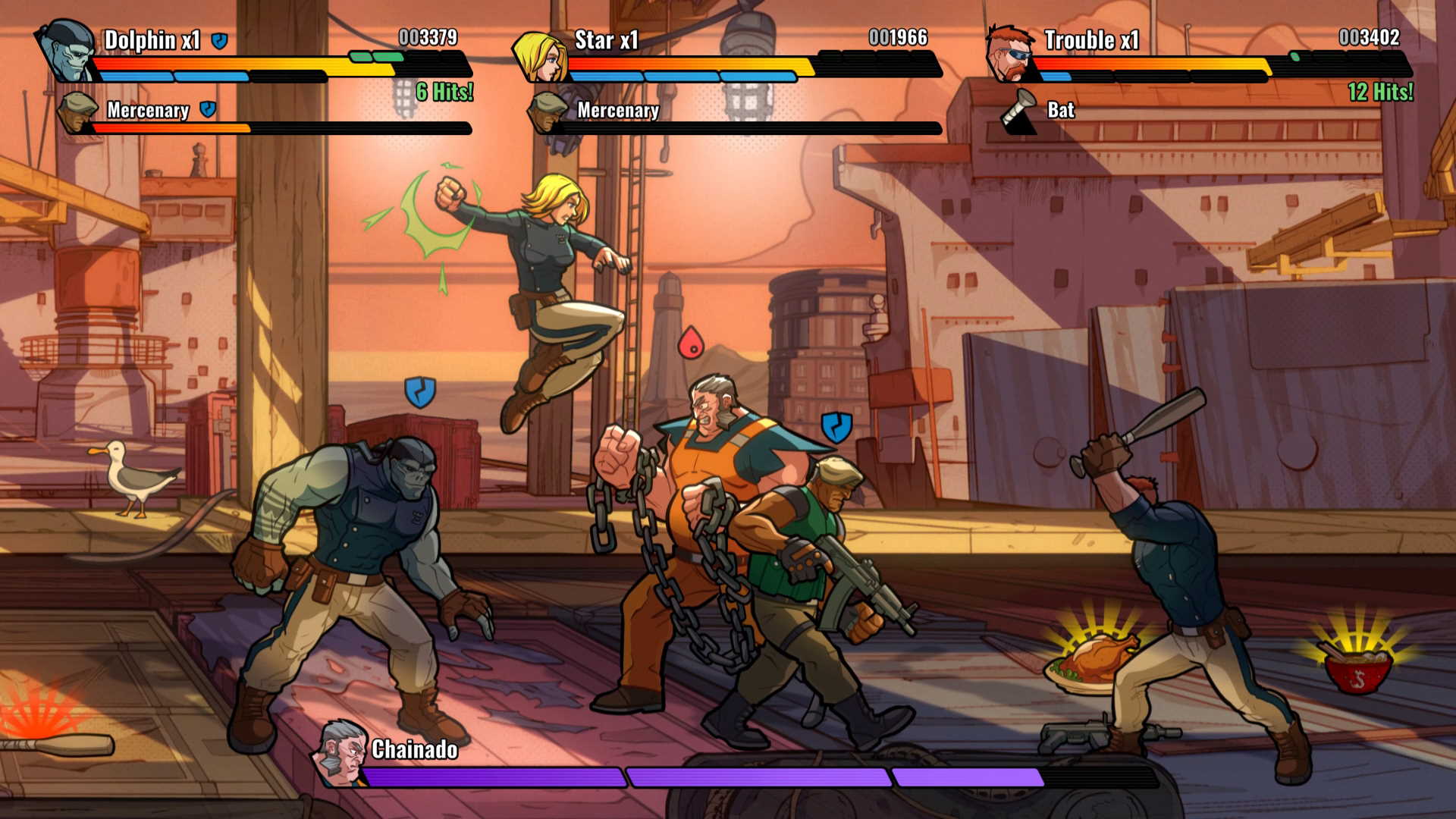 You get to play with three different future cop badasses. Trouble is a moustachioed all rounder with a set of claws, coming across like Wolverine as designed by Tom of Finland. Star is the nimble female with telekinetic abilities. Rounding off the trio is Dolphin – a huge cetaceous Ben Grimm – who handles very much like the aforementioned Mayor of Metro City. Controls are intuitive and standard for the genre. You have an attack, a jump, a block and special unblockable guard-crushing attack. There’s also a double-tap-to-run thing. The special attacks in this kind of game usually come at the expense of your life bar. But here you have replenishable stocks that can be built by executing attacks or picking up blue-hued items.

All three characters have two variations of their spesh. One which will attack in the way they are facing, and another that will hit from all sides. Power balances aside, I found all three to be much of a muchness. Though I had a slight preference towards Dolphin, who has an excellent cannonball dash attack. His power advantage doesn’t appear to come with much of a tradeoff in his speed. 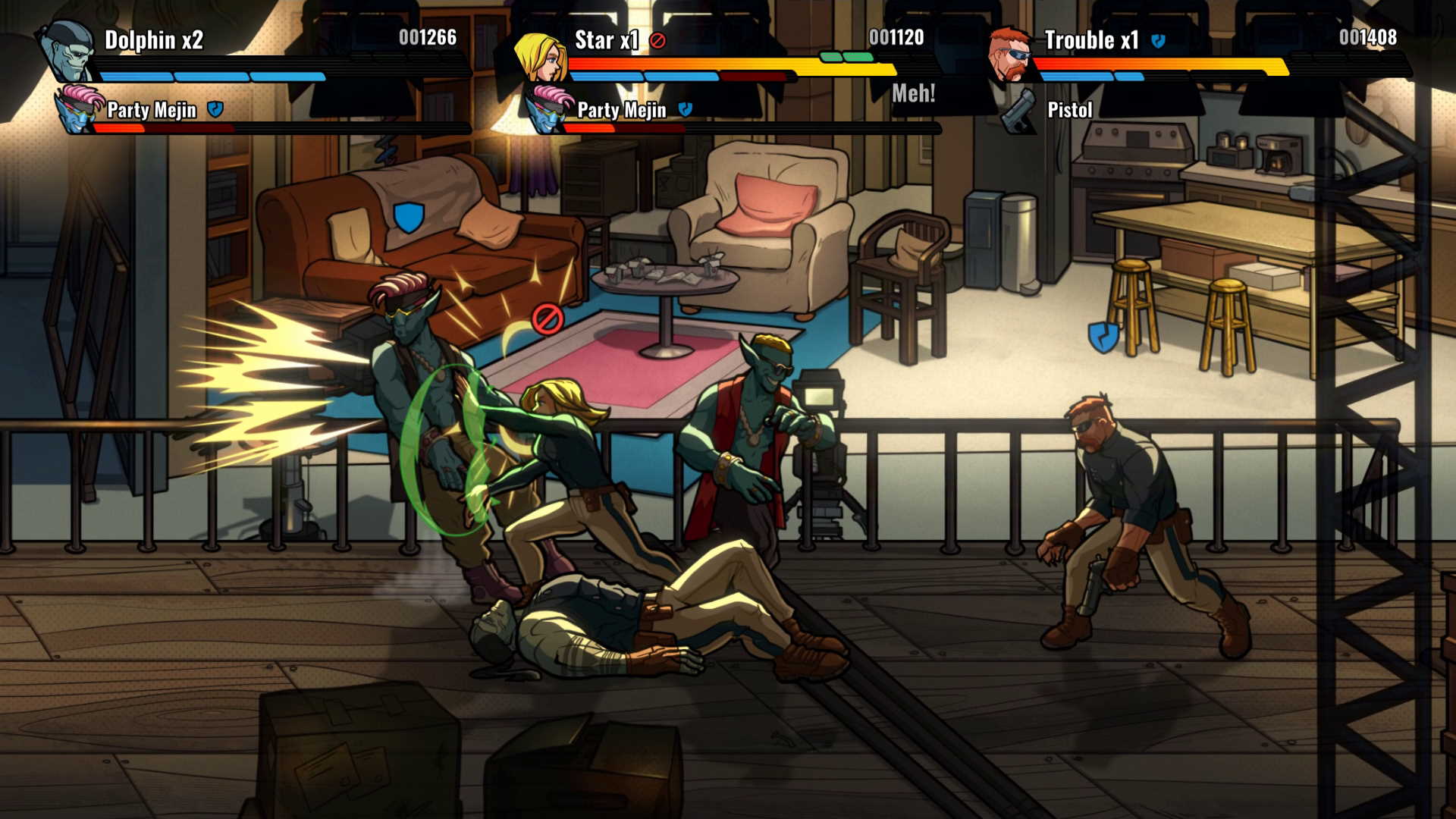 Now as a past master of these things, I am not averse to having to deal with being ganged up upon or having my ass handed to me. Enemies surround you, attack from range with projectiles, and in the case of the imaginative bosses, in new and unexpected ways. I found myself able to cope admirably with the chaos. That is until about the fifth stage. Here there is a definite spike and things become a little frustrating. One of the reasons for this comes from the overpowered life bars of some of the goons you face. But also the strange manner that status effects have been added to the mix.

CHECK THIS OUT: Tales of Arise is filled with remarkable visuals and an engaging story

If you are going to go down RPG boulevard in a scroller, then the touchstones and golden standard are Guardian Heroes and the Capcom Dungeons & Dragons titles. Here, the balance is all to cock. Apart from the short-lived, 3-use array of discarded weaponry you can pick up, there come times where you face off against attackers with not only bumper HP, but with some kind of buff that allows them to regenerate a chunk of vitality after you have hit them. Your own guys can’t level up themselves. There are no new special moves to learn, and this seems a huge oversight. 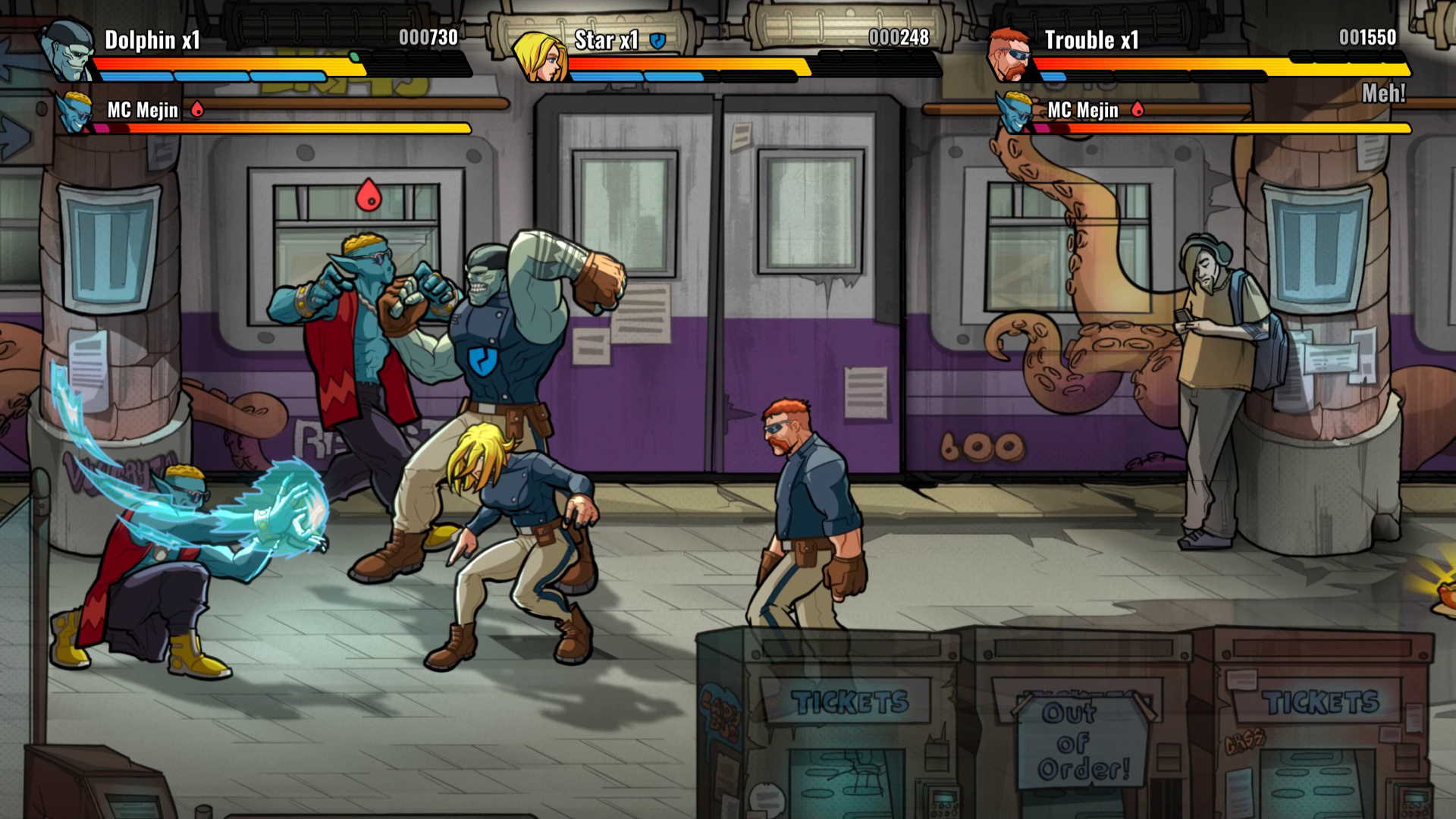 Once you plough through the Campaign, and sample all of the endings, you can tackle the game in arcade form. There is also a co-op option for up to three players. This always improves the enjoyability, and, presumably, the odds. For all the flashy presentation, multitude and aesthetic joy, this one becomes dull and frustratingly repetitive pretty quickly. In this day and age I’d expect a bit more meat on the bones. Perhaps some leveling up, or adding new and interesting moves to your characters would have been nice. The reality for me was all I was really playing for, and looking forward to, was seeing more of the diverse characters, bosses and environments. The comic book aspect and way that the whole thing is framed is spectacular, sadly the gameplay and longevity, less so.

The comic book aspect and way that the whole thing is framed is spectacular, sadly the gameplay and longevity, less so.