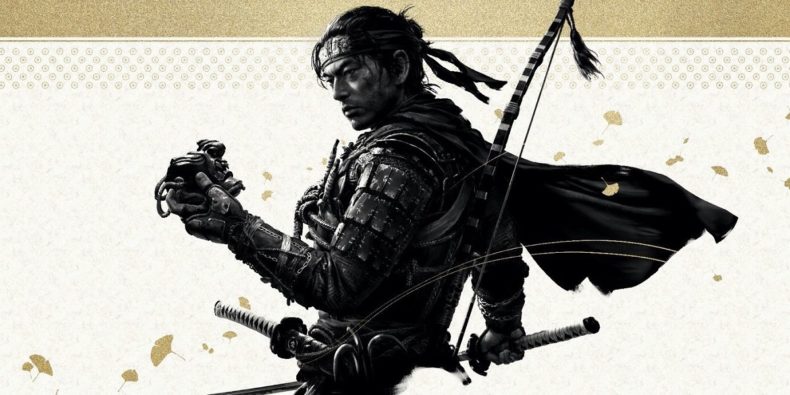 Last year’s Ghost of Tsushima was a masterpiece, both in the story it told and the gameplay it provided. It was a dense game, filled with a beautiful land to explore and activities aplenty. I’ve missed Jin. While I played it to death, it was still sad to move on and leave the Ghost in the past. Thankfully, Sucker Punch has released Ghost of Tsushima Director’s Cut. This new upgrade includes a brand new story expansion set on Iki Island just off the coast, as well as some special improvements exclusively for PlayStation 5. It gives me great pleasure to review an even greater version of an already fantastic game.

CHECK THIS OUT: The best WarioWare games: Ranked

On PlayStation 5, Ghost of Tsushima Director’s Cut is near perfect. Load times have been reduced drastically, matching game like Miles Morales and Ratchet & Clank: Rift Apart. Both the new Iki Island content and the original locations look phenomenal in 4K, with resolution hitting 60fps pretty much all the time. It always looked incredible, but on PS5 it is out of this world. Iki Island is gorgeous, filled with sandy beaches and sky blue oceans. Inland, it’s jungles and settlements are filled with colourful flora that looks so damn beautiful. 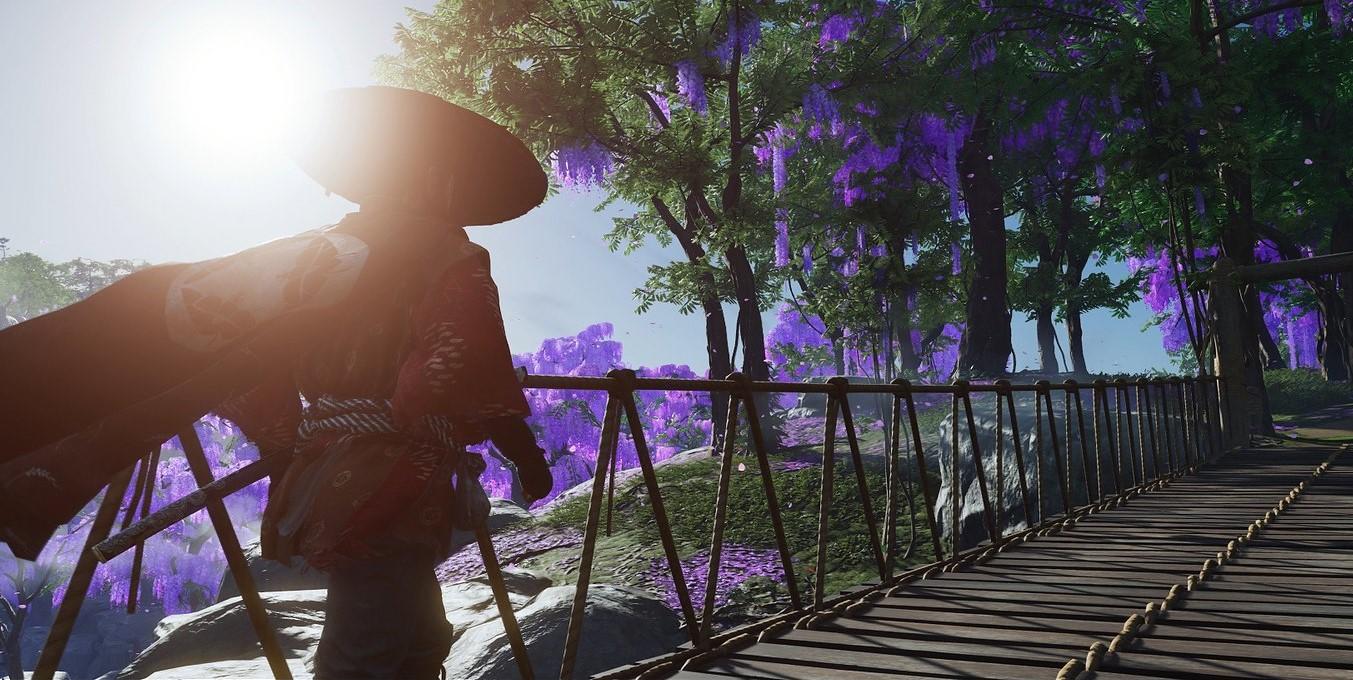 Haptic feedback plays a big role as well. You feel the torque in the bow as you aim at unsuspecting enemies. Every gallop of your horse is felt in your hands, acting differently depending on the surface they move on. 3D audio is also utilised when quietly composing haikus and fighting Shamans (more on those bastards later). Sucker Punch has taken a considerable amount of time making sure these aren’t just tagged on additions. It feels like a new game entirely. Those playing this for the first time are in for such a treat. Even those like me who’ve already played on PS4 will be blown away by the amount of effort put in.

Watching Jin Sakai go from honourable samurai to a more humble and powerful Ghost was a powerful experience. Following his father’s death, he was raised by his uncle to be a feared warrior. With new friends and a better perspective on what it means to be a samurai, Jin evolved into someone else entirely. His father’s death had a huge impact on him. With the new Iki Island expansion, the relationship with his father is fully explored. After a massacre along the coastline, Jin travels to Iki in search of a mysterious Mongol Tribe. Upon arrival, he realises the seriousness of their objectives and comes face to face with their leader, known as the Eagle. 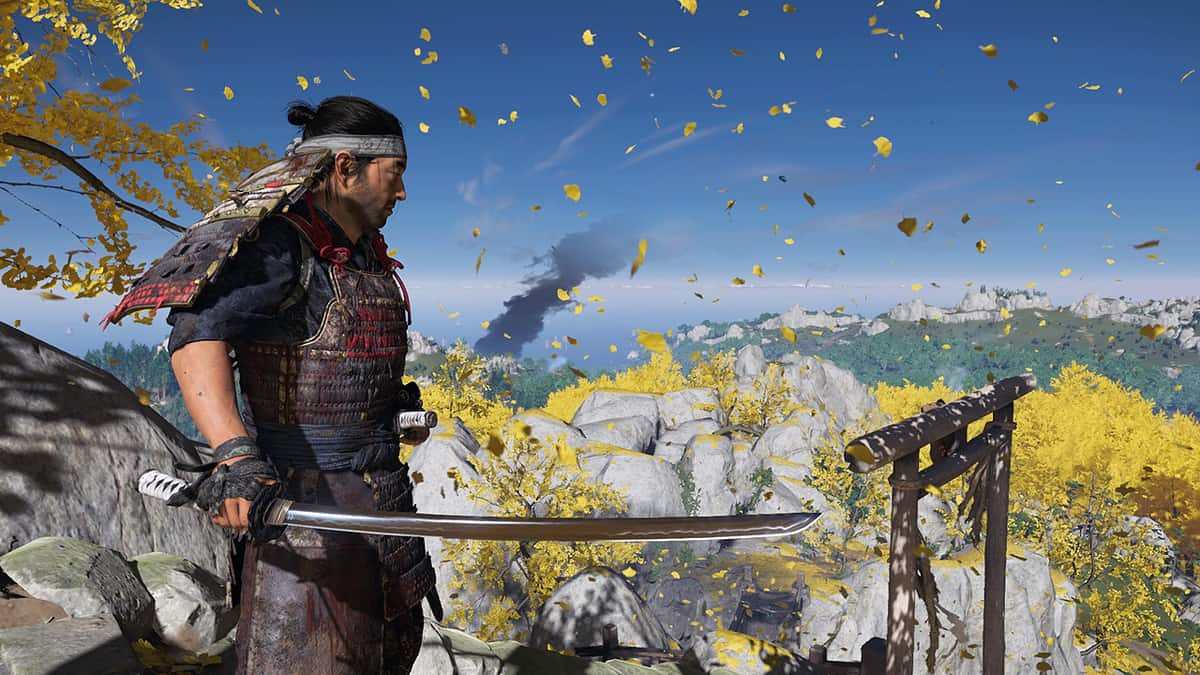 As you progress through the the tales of Iki Island, you learn more about what your father did there. He was killed on the island, but not before making a big impact on many of the lives of people living there. Whether his decisions were cruel or just, Jin must come to terms with his father’s actions. It makes for an engaging story, one that takes a huge toll on him. Making matters worse is the poison coursing through his veins. On arrival, the Eagle made him drink something that causes him to have traumatising visions. These distorted memories affect every new decision he has to make, and plays a pivotal role on how he choses to act on Iki.

Ghost of Tsushima Director’s Cut: Invested until the end

Right up until the end, the story expansion had me invested. Jin goes through a lot as he explores the island. Even when exploring outside of the missions, Jin saw something troubling. I can’t say too much in case you’re playing for the first time, but it digs into the events of the main story in a big way. New characters aid you along your way, such as Tenzo and Fune. They are fighting back the new threat, but they also have ties to your father. The intertwined story is thoroughly enjoyable, if a little short. That doesn’t mean there isn’t a lot to do on Iki Island. 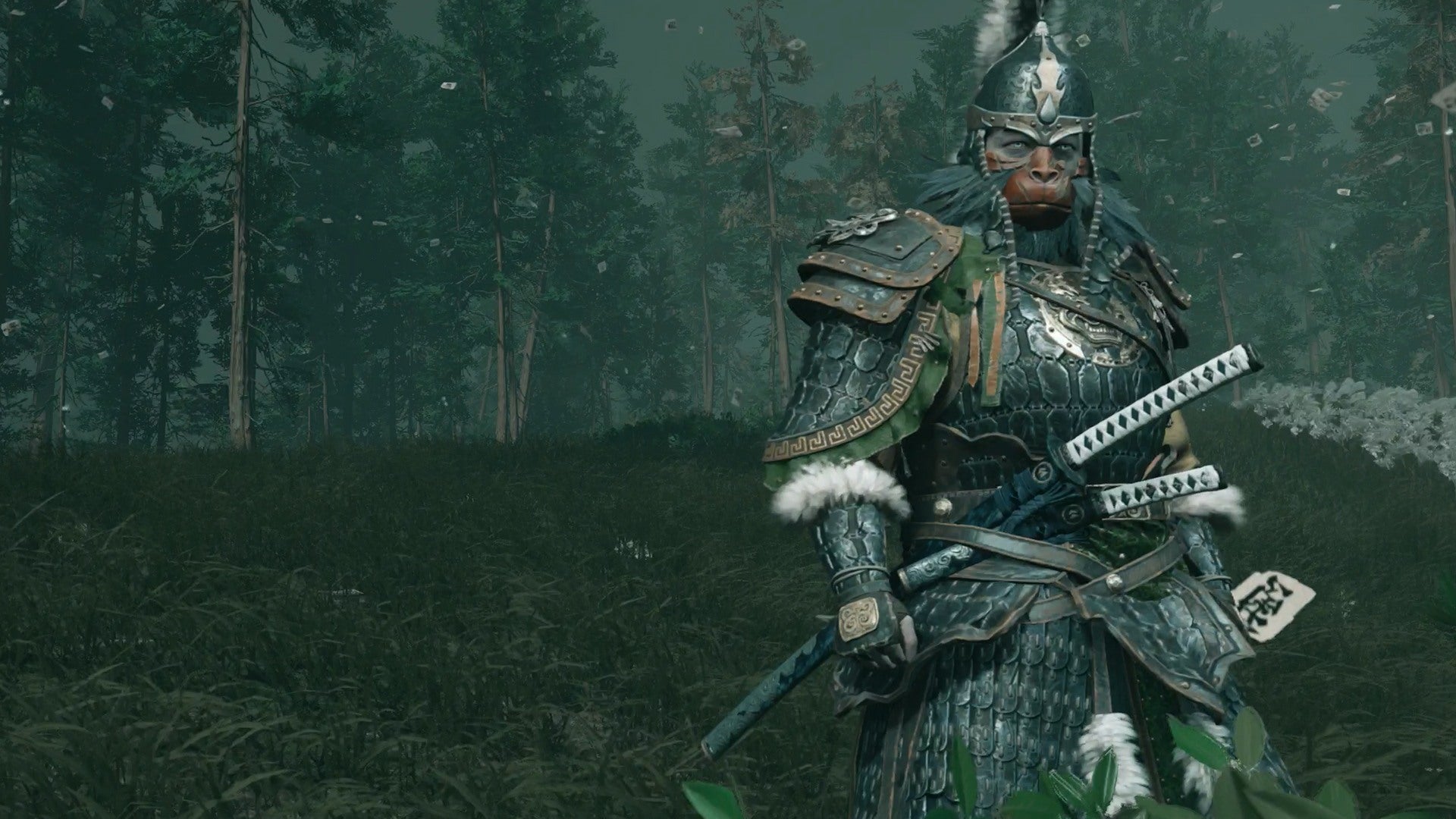 There is plenty of new things to do on Iki. Archery Challenges see you shooting lanterns within a certain time. Cat, Monkey, and Deer Sanctuaries allow you to play the flute using the DualSense’s motion controls. You can also interact with memories from when Jin was younger, spending time with his father on the island. New Mythic Tales are playable as well, offering new gear for you and your horse among other things. Some of these are excellent, presented in the same stunning way with new inventive ways to complete them.

As for gameplay tweaks and new mechanics, your horse gets a new ability. By holding L1, you can charge at gatherings of enemies and knock them flying. This can be upgraded to do more damage, or reduce the amount of resolve needed. Your horse also gets a saddlebag, allowing you to carry additional ammo, darts, and bombs. Whenever you get back on your steed, these items automatically refill, making it an incredibly useful tool.

CHECK THIS OUT: Aragami 2 is a fun twist on the classic stealth game

Combat is better than ever

The combat is still remarkable in Ghost of Tsushima Director’s Cut. On Iki Island, you’ll encounter brutes that switch between weapons. This forces you to switch stances against the same enemy, as well as fighting any other soldiers nearby. Shamans are a new type of enemy that stand in the background chanting. If they are left unscathed, their chants make soldiers more aggressive and dangerous. Like archers, taking out Shamans is important as they provide support from a distance. 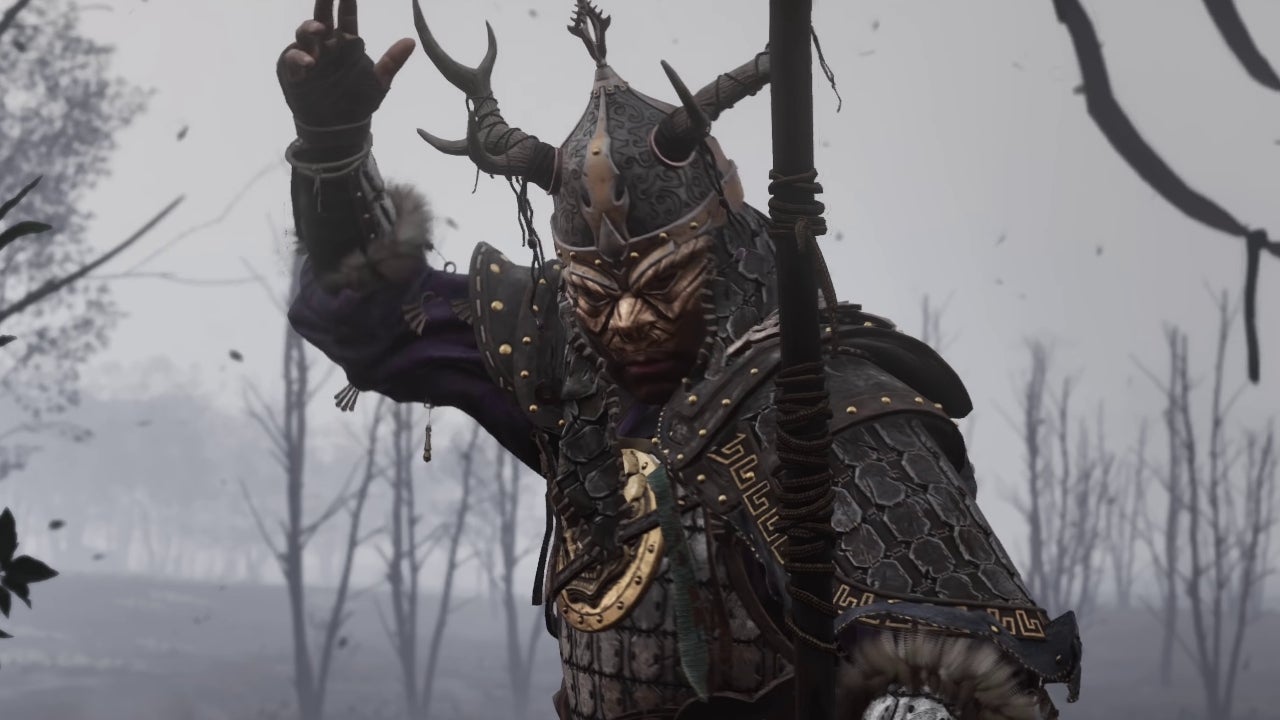 It took me some time to remember the combat. This made the Mongol presence on Iki difficult to defeat at first. Right from the off, you’ll face waves on ferocious enemies. Once I’d got to grips with the various abilities, stances, and attacks, it felt like I’d never been away. Some of the fights are on a much larger scale. Much of Iki felt like the final few hours of the main campaign, and it was brilliant. The story is excellent, but the combat excelled far beyond what I saw in the original game.

A lot of Ghost of Tsushima Director’s Cut in terms of content remains the same. I’d suggest reading the original review to understand what made it so great. Playing on PS5 is obviously the best way to experience it. However, those on PS4 will still enjoy what Iki Island has to offer. In what was already a great game, this upgraded version is incredible. From the way Sucker Punch has used the PS5’s capabilities to the story of Iki Island, there are few games as good as this on Sony’s newest console.

Ghost of Tsushima Director's Cut on PS5 is the best way to play Sucker Punch's masterpiece, with a great new expansion and technological improvements that make this an instant classic.

You may also like
ghost of tsushima director's cutPlayStation 5