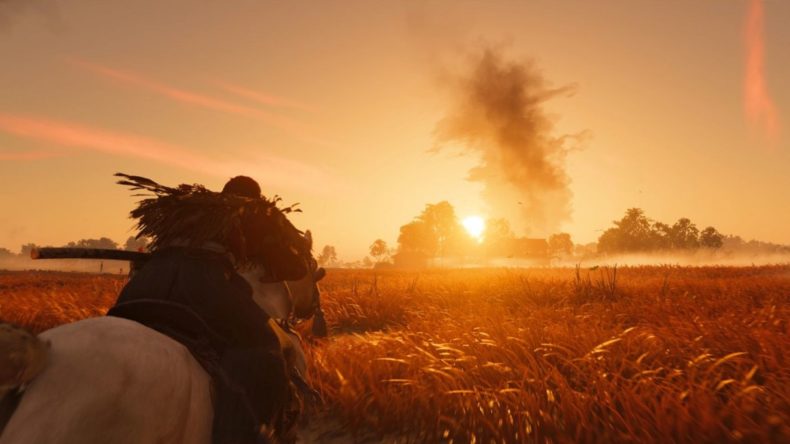 Sucker Punch has today announced that Ghost of Tsushima Director’s Cut will be coming to PS5 and PS4 on August 20. It was announced on the official PlayStation blog by Andrew Goldfarb, Communications Manager at Sucker Punch. Firstly, the cut will feature a brand new island to explore. Secondly, there will be PS5-specific features like DualSense haptic feedback, Japanese lip sync, and more.

Ghost of Tsushima Director’s Cut will come with every piece of content released so far, along with Iki Island. Jin will venture there in a brand new chapter of his story. After investigating rumours of a Mongol presence, “he finds himself caught up in events with deeply personal stakes that will force him to relive some traumatic moments from his past.” Iki Island features tons of new content, including new environments; armour, minigames; techniques; enemy types; and more.

As for the PS5-exclusive features, it’ll feature Japanese lip sync thanks to the console’s ability to render cinematics in real time. Haptic feedback and adaptive triggers will also feature, as well as enhancements to 3D audio; drastically improved load times; 4K resolution options; and a targeted framerate of 60fps. Players will be able to transfer save data from PS4 to PS5. For new players, Iki Island becomes available at the beginning of Act 2. Alongside the release of the Director’s Cut, a free update will be available with new photo mode updates, new accessibility options for controller mapping, and the option to enable a target lock-on during combat.

There will be an all new mode announced in the following weeks. For more information on pricing, special editions, and more, check out the blog here. Watch the announcement trailer below: