previous
Switch Re:Port #7: Pac-Man Championship Edition 2 Plus, A Normal Lost Phone, and more
random
next
Into the Breach Review
0 likes 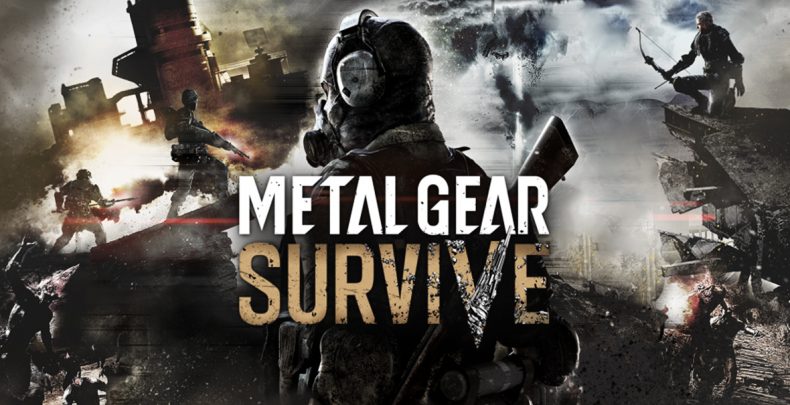 There will come a time in the not-too-distant future when every intellectual property will have a version with zombies in it. If you know me at all, you’ll also know that I don’t mean that in a negative way. Zombies are one of those magic ingredients like syrup, or Emilia Clarke, that immediately make everything they’re added to just a bit better.

To be fair, the Metal Gear series has already had its share of add-ons and shoe-ins. Rarely afraid to get into bed with bonkers, Konami’s flagship franchise has nevertheless usually stayed at least mostly faithful to its action-stealth roots (and yes, I’m pretending Revengeance was just some kind of weird cheese-dream). But the newest addition, Survive, pretty much eschews all that stealthy nuance in favour of a grim, unforgiving survival sim that sees you fending off hordes of reanimated Walkers – sorry “Wanderers” – while also trying not to starve to death. Maybe a ridiculously high metabolism is part of your character’s bizarre side effects, who knows?

The storyline throws wormholes, alternate dimensions, and crystal-headed zombies at you more or less straight away, although kudos to you if you can stay awake for the painfully self-indulgent intro that just seems to go on and on and on, hitting you with cutscene after cutscene until all you can see are endless fields of brown. Brief cameos tie the game to the larger franchise, but really its only the aesthetics that scream “Metal Gear” – and they seem to be over-saturated to the point that everything just looks dull. Survive is not a bright and colourful game, but then that’s probably intentional.

It’s pretty damn bleak all the time, actually, with sparse moments of levity and lots and lots of worry. I say “worry” as opposed to “tension” because every time I set foot outside my makeshift base and started to immediately starve to death I felt myself whittling rather than engaging with the game in any meaningful way. I always seemed to be hungry or thirsty, and mostly unequipped to even kill the nearby sheep for meat. It doesn’t take that long to start venturing out on missions, though, and once you do the lack of real fun is at least overshadowed by the reward loop of smashing everything you see and collecting materials. Before long you’ll be improving your base – slowly – and trying to upgrade your gear. The starting weapon, a handmade spear, is pretty useless unless you find a ledge from which to exploit and murder your shambling foes, but pretty quickly you’ll have guns and explosives to play with. The starting strategy evolves into one that requires thought, at least, which is commendable.

Speed, though, is the biggest problem with Metal Gear Survive. The opening 4 hours or so is really, really slow. It plods and meanders, and it all feels more like Seven Days to Die than State of Decay. I’d probably go so far as to say it’s boring, but if you can hang on until you start rescuing people, upgrading your base and improving your gear, it does start to improve to the point where it’s actually oddly compelling.

Sadly though, it doesn’t feel very well-made. The environments are drab and lifeless, enemies are cut and paste, the combat is clunky, the movement slow, and the difficulty far too severe. Trigger a horde and prepare to rage, for instance, as you try to keep them out of your lovingly built home-from-home. Multiplayer offsets this all quite well, though. Jump in with up to three friends and the game changes completely, becoming the kind of sandbox the zombie genre needs. Missions become three times more fun and exciting, and fighting off the hordes feels a like a day on the set of The Walking Dead, albeit with more gloom and no Daryl or Maggie to make it all worthwhile. Be aware though, that performance can take a knock when you bring people in.

I may not paint a very pretty or colourful picture but, for all its failings, Survive isn’t a bad game. It’s a bad Metal Gear game, sure, but as survival sims go its nowhere near the worst. But it is very brown, and very mean, and demands an awful lot from you just to be able to enjoy it a bit. There are so many systems and mechanics to learn, even for MGS veterans (maybe especially for them), that it really feels like its trying to cater only to the hardcore, to the niche group who will invest everything in it and make YouTube videos and memes about it until Snake’s next adventure tries to make us all forget it exists.

Looks like Metal Gear
Fun with others
A real challenge

Metal Gear Survive is alright. It strikes such an almost perfect balance between mind-numbing tedium and rage-tinted fun that if you're willing to let it take you, there's a very compelling experience under all the brown and grey textures - just don't expect it to do justice to the franchise under which it shuffles.