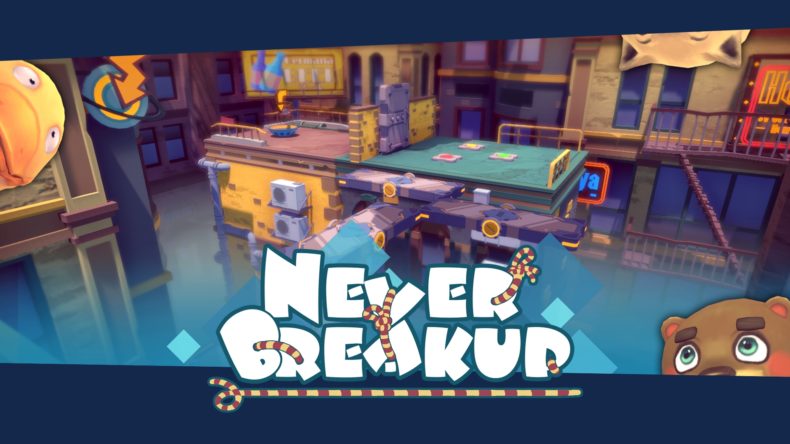 The Nintendo Switch is the perfect console for local co-op games. When you’re at home you have TV mode for some classic couch cooperation, and anywhere else your handy screen and kickstand are there to help you out. I remember when I first got a Switch, I showed it off to my in-laws with Snipperclips while waiting for pizza at Frankie & Benny’s. It’s not often that video games can distract the family from Pizza, but we all had a blast with the one of the first cooperative Switch games. Since then the library has only gotten better, with games like the Overcooked series and Good Job! providing hours of daft co-op fun. The continued flow of teamwork based games is definitely appreciated, and Never Breakup is here to join the selection.

The concept of Never Breakup is simple, you and a friend play as two spherical animals tied together. Your task is to navigate the obstacles of each stage, and guide your two cursed critters into the goal bowl. You’ll have to take care that your rope doesn’t tangle on obstacles on the way, but there are also some benefits to being attached to your buddy.

As well as jumping, you also have the ability to grab onto things and retract the rope tying you together. This is used to solve all manner of puzzles, dragging boxes onto switches and building towers to jump up. Outside of overcoming obstacles, you can also use grab and pull to save a falling partner. Anytime you realise that your friend is plummeting to their doom, latching onto the ground and pulling them to you will save them from the misery awaiting below. 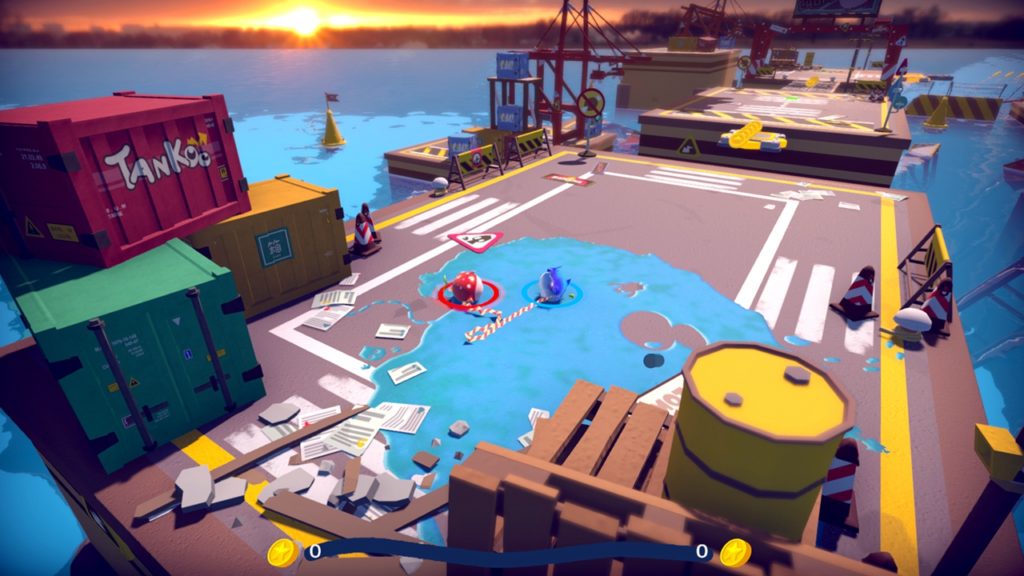 The entertainment of being connected is somewhat dampened by the fact that a lot of the scenery doesn’t collide with your rope. Traveling on separate paths should be a concerning part of the gameplay, but when your rope travels through a sign guiding you forward, it’s easier to get pulled out of the experience than pulled off a ledge.

Alongside the standard moving platforms and pitfalls, you’ll also find enemies blocking your progress. To vanquish these foes, you’ll have to eat your friend and spit them out into the baddies. It’s a novel way to dispatch of your foes, and outside of combat it’s also just fun to gobble up your pal and spit them across the stage.

If you’re without another person to play with locally (or for those of you who are less cooperative) there’s also a single player mode to play. In this mode you tackle the same stages, but use the shoulder buttons to switch between your two animals or control them both at once. Unfortunately it’s very slow and not at all satisfying to explore the stages yourself, and I found myself wondering why they included the option to play solo at all.

Throughout the stages, you’ll find a range of collectibles and coins to collect to unlock extra content. If you gather enough coins you’ll be able to try your luck at the Gashapon, where the capsules inside contain new animal balls to play as. From fish to chickens, you’re bound to find something you like from the range of cuddly creatures. 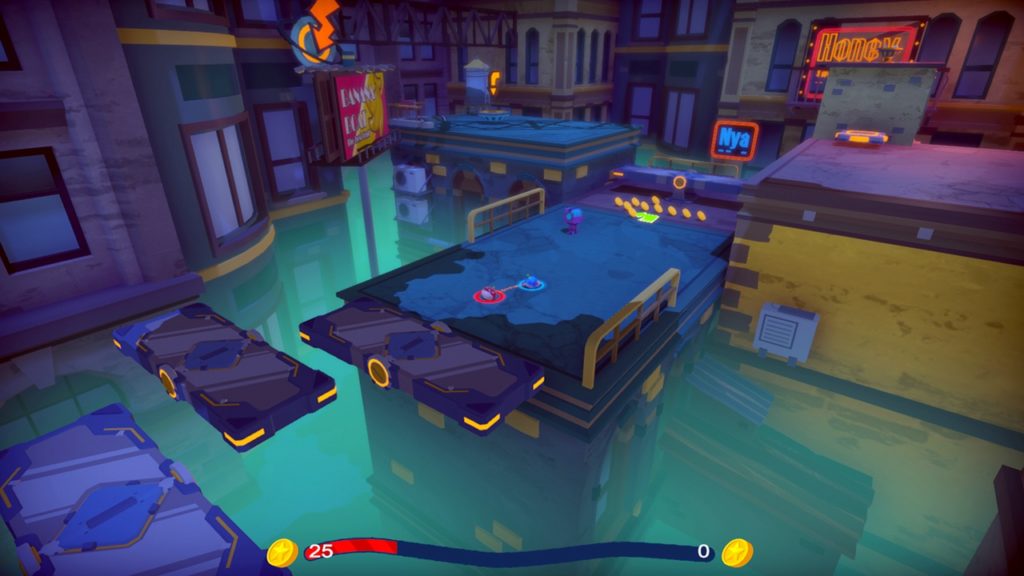 The other collectibles can be used to unlock mini games. These are a fun distraction, with a carrot gathering competition, soccer and a battle mode all waiting for the more competitive among you.

The main issue I had during my time with Never Breakup, is how imprecise the controls are. Moving your animal feels like trying to roll a jagged rock, jostling slightly to much as you go. Alongside this, it’s very difficult to tell how high you’re jumping from the top down camera, and coupled with the dodgy controls it’s not easy to stay on the course.

The concept of Never Breakup is great, but it’s let down by the execution. It’s entertaining to pull your friends around and spit them out, but navigating the stages with imprecise controls and a perspective that makes platforming tricky prevent Never Breakup from being one of the better co-op experiences on Switch.

An interesting concept with a mixed execution. Never Breakup has some fun puzzles and mechanics, but navigating the stages is made tricky thanks to imprecise controls and a top down perspective.

Flood of Light review
Support us on Patreon for exclusive content