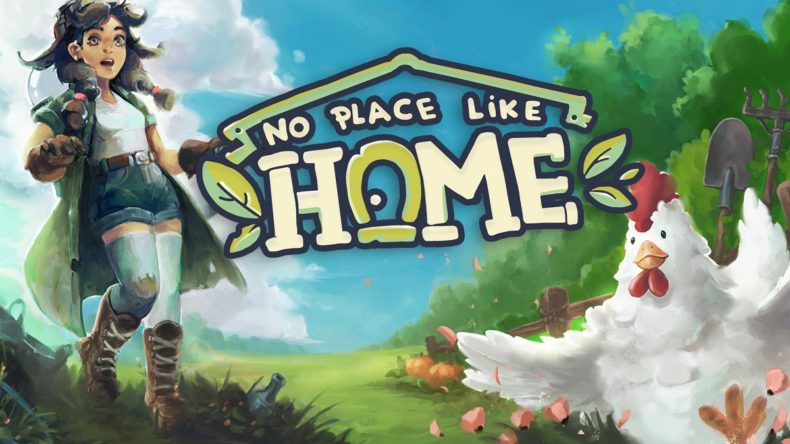 Farming sims are hugely popular, with a pretty extensive list of titles like Stardew Valley, Story of Seasons, Harvest Moon, and My Time at Portia. They’re a way to escape the frantic nature of city life and be at one with nature, grow crops, work the fields, and build a community you can be proud of. When done right, the peaceful and productive gameplay loop can become a hugely pleasing experience. No Place Like Home still feels like it has a way to go to live with the big boys, but there’s enough there to keep you busy whiling away the hours under the sun.

You play as a girl called Ellen who has gone to save her grandfather’s farm. Upon your arrival, there are piles of rubbish as far as the eye can see. Every inch of the farm is covered in these filthy mounds, but luckily, you’re more than equipped to deal with them. What makes No Place Like Home stand out is the setting. Yes, it’s a quaint little farm, but the world has gone to hell and everyone has left for Mars. Although it’s post-apocalyptic on a technicality, it’s colourful with a warm heart. There’s humour in everything you do, from chatting with NPCs to dressing up your animals with a plethora of cute hats. Ever wanted to see a chicken in a top hat? Well, now you can. 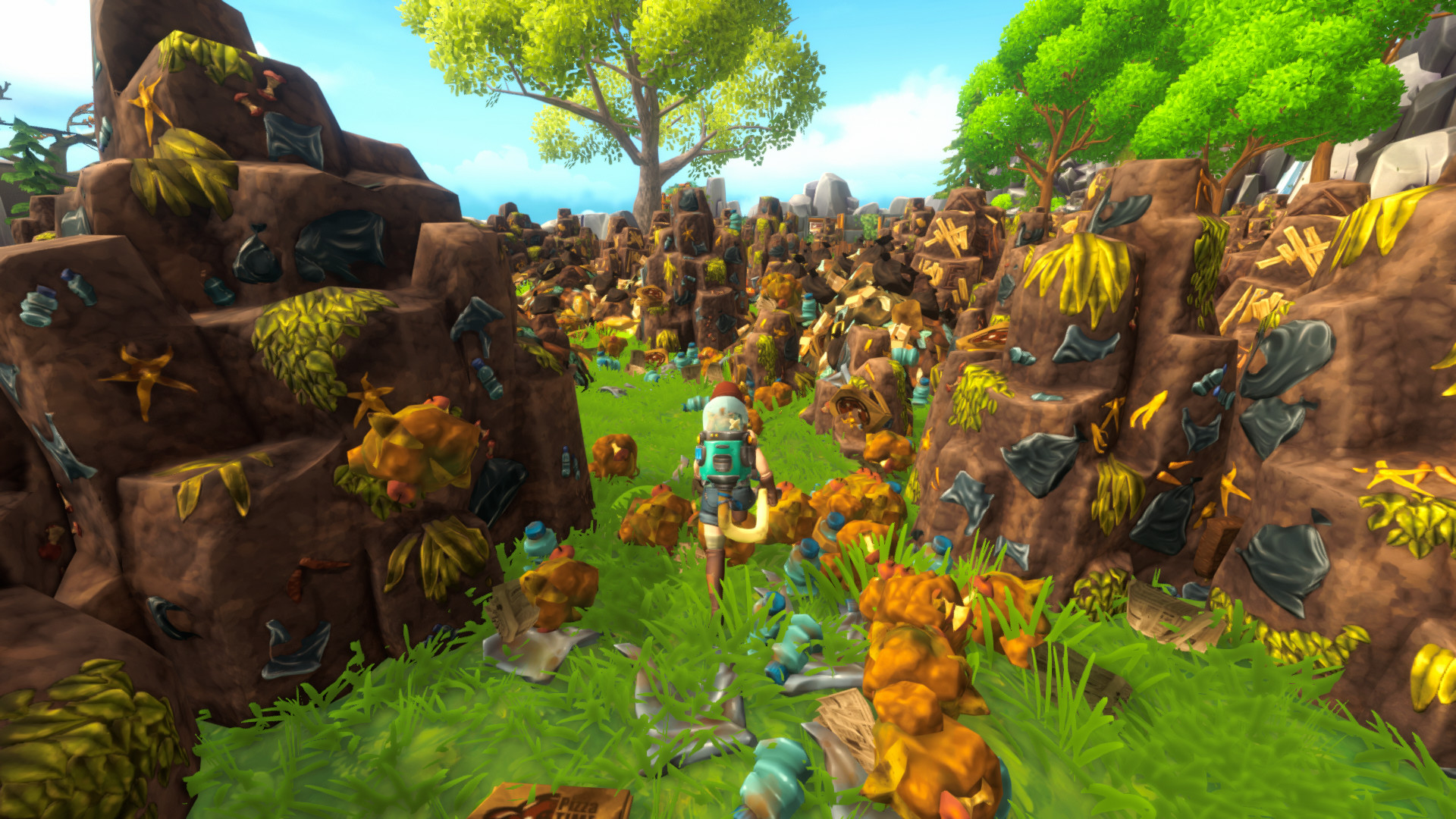 After a brief tutorial that manages to point out the basics, you start sucking up the dirty hills with an environmental vacuum. The loop of getting rid of old pizza boxes and banana skins with the vacuum is one of the most satisfying aspects of No Place Like Home. Your tool can be updated to drill through tougher materials, which means new items to find. Along with sucking up the rubbish, the contraption can also be used to water crops and plants. It’s a small thing, but the speed at which you water everything is instant. It’s something that bugs me about certain farming titles because I’m always reluctant to do it.

That’s something No Place Like Home does well. No part of the gameplay becomes particularly laborious. Clearing rubbish might become repetitive, but thanks to all the secrets and items you’ll find, it becomes addictive, hoping you’ll uncover a new seed or blueprint previously unfound. You can head to the local store, head underground, and explore a bigger environment as you progress. Although you’re on your own despite the seldom NPCs you chat to, there’re robots you need to deal with. They’re perhaps the most irritating thing about No Place Like Home. I’d rather they just didn’t exist. 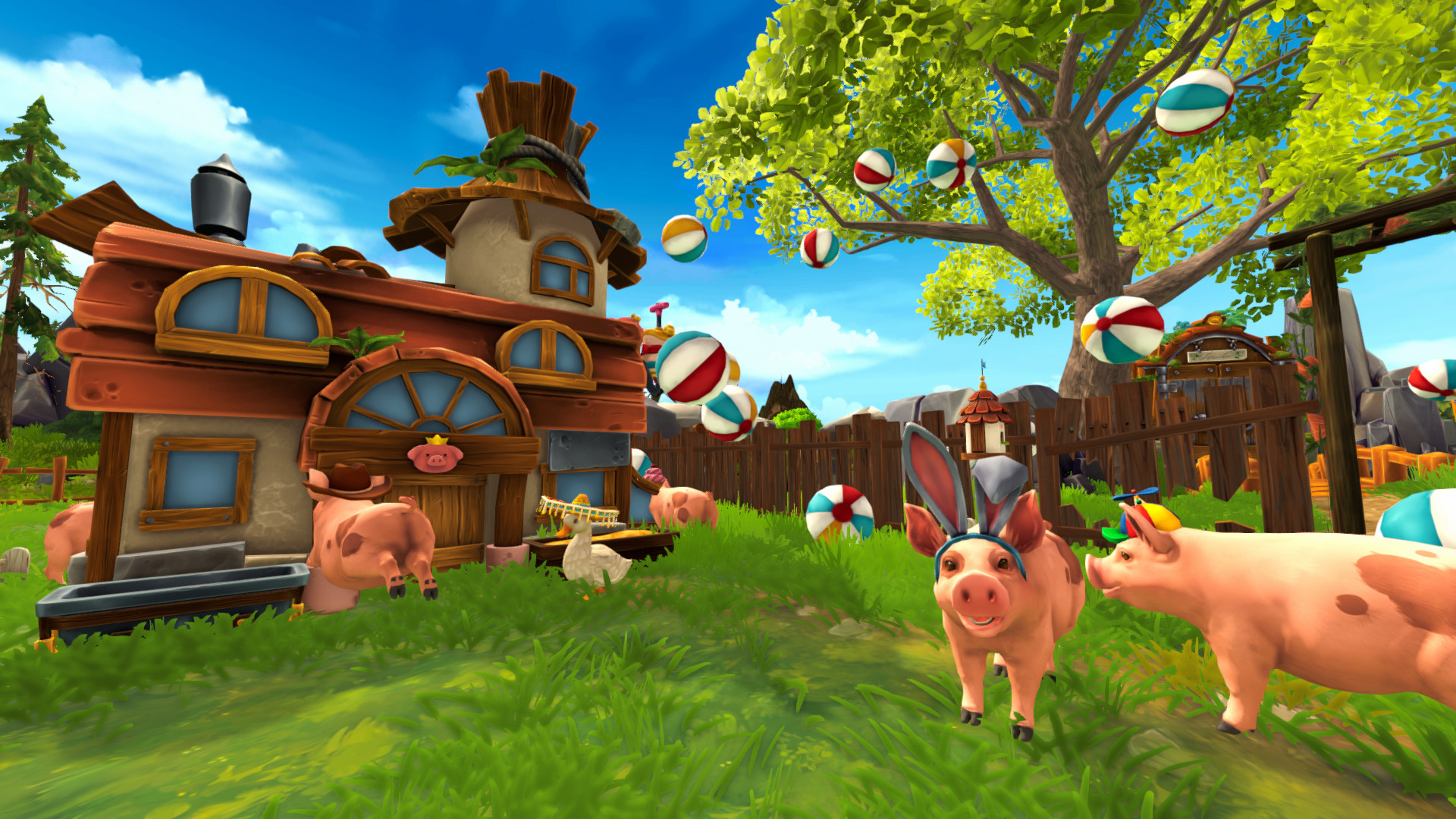 There’s a lot in No Place Like Home that doesn’t get explained. For the first few hours, I was experimenting with my materials, planting seeds, and exploring in the hopes of finding a new blueprint. You can automatically see tons of different barns, items of furniture, and machines to improve the growth of the farm. Knowing how and where to go isn’t clear. As long as you’re willing to take the time to find things out for yourself, they’ll be something for everyone. Recycling rubbish provides you with parts to build things with. By completing quests, the farm begins to take shape.

Chicken Launcher seem happy to keep patching and adding new stuff after release. While it doesn’t feel uncompleted, there’re a few bugs that need ironing out, and some of the transitions between sleeping and waking, and moving through areas feel a bit rough. The NPCs are static, and it lacks a living and breathing feel to it. Despite its issues, there’s a lot to enjoy about No Place Like Home. Hopefully these lingering drawbacks are ironed out, and it reaches its full potential. It’s just a shame this couldn’t be done in time for the game’s full launch.

No Place Like Home has some nice touches that offer a satisfying gameplay loop, but there are some issues holding it back.