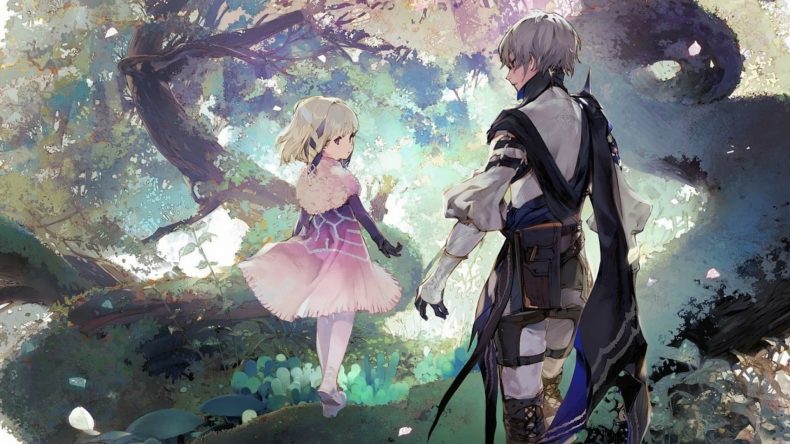 It’s been three years since Tokyo RPG Factory released I Am Setsuna, a throwback to JRPGs of old, with a timeless turn based fighting system and a whimsical tale. The following year they brought out Lost Sphear which went over similar ground in terms of viewpoint and playstyle, but for their third game the developers have decided to not go the same way but instead go for an action-RPG style instead. Say hello to Oninaki.

In the world of Oninaki, death is something to celebrate rather than grieve over, if you are to grieve for the fallen then you’ll not allow them to pass on and be reincarnated in their next life. You play as Kagachi, a boy whose parents were taken from him when he was young and as a result of the teachings of his community his heart has hardened and his decisions are cold and unfeeling outside of his duties, those of a Watcher. The Watchers are essentially like the ‘death-police’ and it’s their duty to keep the peace in their lands.

A Watcher’s duties require them to bring anyone to justice should they be tampering with the circle of life, but to also guide those who are struggling to move on to their next life. The world is full of souls wandering the lands who can give you quests to fulfil to aid their passing, but what Oninaki lacks is any sort of quest tracking system. What this results in is you needing to keep notes on what you’re requested to do as the game’s event log only goes so far back, and I guarantee that when you finally stumble onto what someone asked you to track down for them you will have forgotten that they were ever there. Oninaki is presented in a very Breath of the Wild-like painterly aesthetic, which while attractive doesn’t seem to convey any of the feeling of Link’s world of Hyrule – in no small part due to typically static animation. Communicating what the game is all about is paramount and unfortunately due to a lack of spoken dialogue, localisation only goes as far as cutscene dialogue in text. All of the character soundbites are small and spoken solely in Japanese, with singular mutterings in place of large expanses of text dialogue. This is even weirder in play when the characters say things when idle but you have zero idea of what was just said as there are no subtitles for them. I understand that the budget is small and if that’s the case then ditch all of the voice acting, don’t just include what basically amounts to VO artists muttering under their breath and expect that to be fine for hours on end.

At least the combat is well done – if anything it reminded me a little of dungeon crawlers like Diablo and Torchlight in that you’re roaming around for loot and taking out gatherings of enemies and reaping whatever spoils happen to drop. Here though you don’t actually upgrade equipment for the character Kagachi, you’re actually doing it for the Daemons you equip him with. So, you remember the idea of dead ones passing? If someone doesn’t pass they either become a monster or can be harnessed by a Watcher to become a Daemon. Daemons are spirits that Watchers use as weapons and a Watcher can be ‘possessed’ by up to four at a time, with all four offering different weapons and abilities which drastically alter your fighting style. Aisha is Kagachi’s starter and wields a sword, granting you quick strikes as well as a deadly dash move, or my personal favourite, the rather effective Sundered Strike. Quite early you’ll pick up a second in Zaav who turns Kagachi into a dragon complete with a jump attack, but later you’ll get ranged weapons with Dia and many others who change how you approach every battle.

Giving them new weapons will increase Kagachi’s overall fighting ability, and using them will see you pick up stones that unlock nodes on their skill trees, which not only grant new battle abilities but also increase Kagachi’s survivability when they rank up. The downside to this is that these stones only drop if you’re using that particular Daemon. So if you have a particular Daemon who sees you well then the fact you don’t use other Daemons will see them rather underleveled later on should you decide their abilities will be of more use to you.

At least there’s no shortage of enemies. With this being an action RPG, each foray into an area will see you clear the place out of enemies, but a repeat visit will see you with fresh prey to slaughter for that all important experience. Being a Watcher grants Kagachi the ability to wander to what’s called the Veil, the place where restless spirits dwell, not only can he talk to spirits here but monsters exist in the Veil too, so if you’ve cleared a place out then heading through to the other side grants a new load of enemies to take out on your quest to level up. Make good use of this mechanic as some of the bosses can be tough nuts to crack so switching back and forward until you’ve completely eradicated every monster is something you’ll quickly get into the swing of doing. While there’s initially a good rhythm to the fighting it does grow repetitive quickly. Interspersing hitting a single attack button with another every now and then to use an ability is at least simple enough to create a groove but it doesn’t make proceedings feel natural, it just feels like you’re settling in to a comfortable rhythm rather than trying to feel your way through. Going back to the Diablo comparison I can’t help but feel that if this had been made a co-op adventure it would have felt a bit better and created more variety within the systems themselves, prompting people to switch things up to fulfil particular roles rather than settling in to familiarity.

Oninaki is another decent game from Tokyo RPG Factory, but one that feels a little too stuck in genre traditions. There’s glimpses here of what could have been an excellent game had the developers just pushed the envelope a little further and thought outside the box. It’s ironic that a game dealing with death and reincarnation feels like it’s lacking a little soul. It’s decent, but don’t expect any sort of wow factor here

Oninaki gets a playable demo a month before release