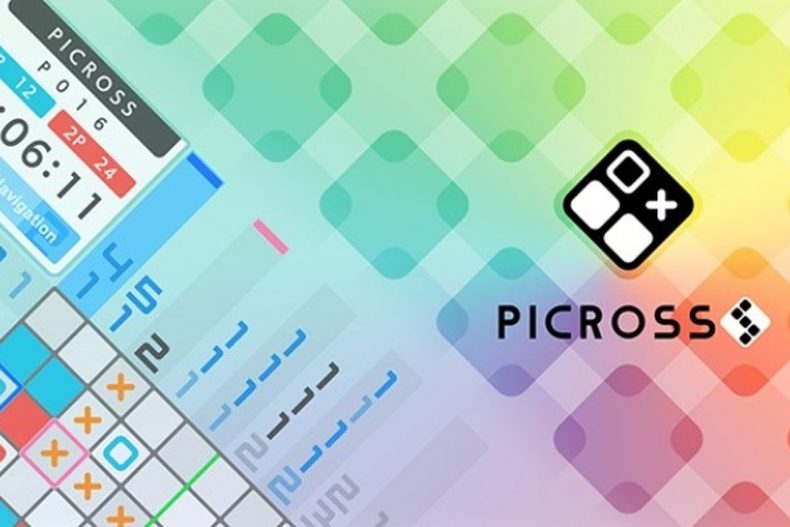 As someone who got into handheld consoles with the Vita and then eventually fell in love with the 3DS, I’ve missed out on a lot of titles from both the PSP era and everything on DS and previous consoles from Nintendo. When Nintendo announced Picross 3D Round 2, I decided to check out Picross in general. Jupiter is a name that came up often when I looked for anything Picross and I eventually did end up getting Picross e on 3DS. Picross e is the first in a series of Picross titles from Jupiter on the 3DS. I played it for a bit but eventually dropped it for Picross 3D Round 2 which I adore.

If you aren’t familiar with Picross, it involves a hidden picture inside a series of grids with cells inside that must be coloured. The numbers on rows and columns will dictate how to go about solving said puzzle. There’s a lot of elimination at play when you try and figure out which cells in the multiple rows and columns are a part of the hidden object and which ones aren’t. You begin by looking for obvious rows or columns where you can fill in the whole thing completely. Once this is done, slowly make your way into others and eventually solve the puzzle. You start off solving 5×5 puzzles and eventually make your way to 20×15 puzzles in the basic Picross mode. If the regular Picross set of 150 puzzles isn’t enough, there’s Mega Picross. Mega Picross adds Mega Lines and Mega Numbers and this was a massive curve ball for me. I still haven’t been able to get into the groove with Mega Picross and just relax and solve puzzles. There are 150 of these as well adding up to 300 puzzles in this release. My only bit of advice for Mega Picross is read the tutorial and try solving the first few puzzles as many times as it takes. Maybe one day I will be able to solve the later Mega Picross puzzles without breaking a sweat.

The best part of this release is how accessible it is. If you are afraid of making mistakes or even getting stuck, there are multiple hint modes and interface helpers that will nudge you in the right direction. There’s one option that will highlight rows or columns that are correct or incorrect depending on the setting. There’s an autocorrect mode that will mark an incorrect cell as incorrect when you try filling it in. The final hint is the Hint Roulette that will randomly solve one row and one column allowing you to start off quickly. The best part is these are all optional and can be toggled at any time. There’s of course a bonus for finishing puzzles with none of these on rewarding you with a No Assist badge. Every set of puzzles has a single one where you play without assists as well. It feels like the puzzles leading to this are like tests before the final exam in some ways. Since the Switch has a great pick up and play co op experience, Jupiter has added coop to Picross S. You can start off solving puzzles with each player (two players in total) represented by a different colour. This gets a bit chaotic but it is nice to see them add something that will make this fun for people who enjoy coop experiences. They’ve thought of almost everything here and succeeded in creating an excellent puzzle game.

The big omission is the lack of any touch screen support. Now I see why many of these puzzles would not work with a touch screen. The small cells are a nightmare for people with normal sized fingers. I wish there was a way to zoom in or a small magnifying glass effect for people who do want to solve things with touch here. I don’t care about the lack of a stylus mode though. Touch with fingers on a capacitive screen will always be better than stylus with resistive touch in my books. They could’ve at least allowed for navigating the menu and the UI with touch. I’m disappointed when developers completely ignore the touchscreen on the Switch. While the pictures in each puzzle are still pixel art and blocky, the interface and colours used are very elegant. This feels more like a well thought out app you’d find on a design focussed site like Dribbble than a puzzle game which is a great thing because most puzzle games look terrible. The visuals are pleasing and performance is great with almost no loading at all between screens or puzzles. This is all complemented by the pleasing music that has not felt repetitive at all to me.

Picross S is a brilliant first entry in Jupiter’s offering on the Nintendo Switch. I look forward to regular new releases just like there were on the 3DS with hopefully touchscreen support added. I’ve barely dented the Mega Picross set of puzzles here but keep coming back for 1 more puzzle while taking a break from playing other stuff. The transition from 3DS to Switch for Jupiter has been done almost perfectly as far as I’m concerned.

A fantastic puzzle game that is almost perfect on the Nintendo Switch.