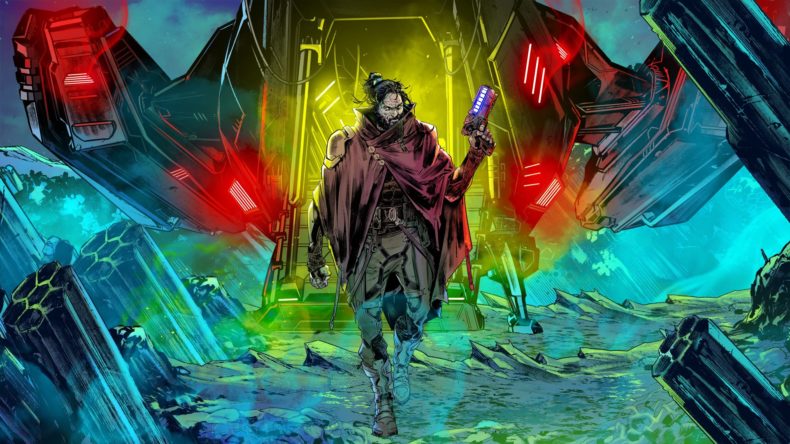 Pistol Whip, from Cloudhead Games, is the closest you can get right now to a John Wick simulator. Although there’s substantially less flipping people over and brushing off actual bullet wounds, the easy way in which you despatch approaching enemies with a single shot (and the occasional double-tap) is incredibly satisfying and undeniably cool.

Cloudhead has created a rhythm shooter with a unique psychedelic aesthetic that combines bright, pulsing environments with a playlist of exceptional music, travelling the gamut from synth-rock to trance. Each stage is an on-rails journey through a variety of locales, as you blast away enemies left and right with your handgun. Enemy bullets must be dodged, and foes must be killed quickly to mitigate damage. It’s an intoxicating and addictive loop, as cathartic as Beat Saber in its simplicity. 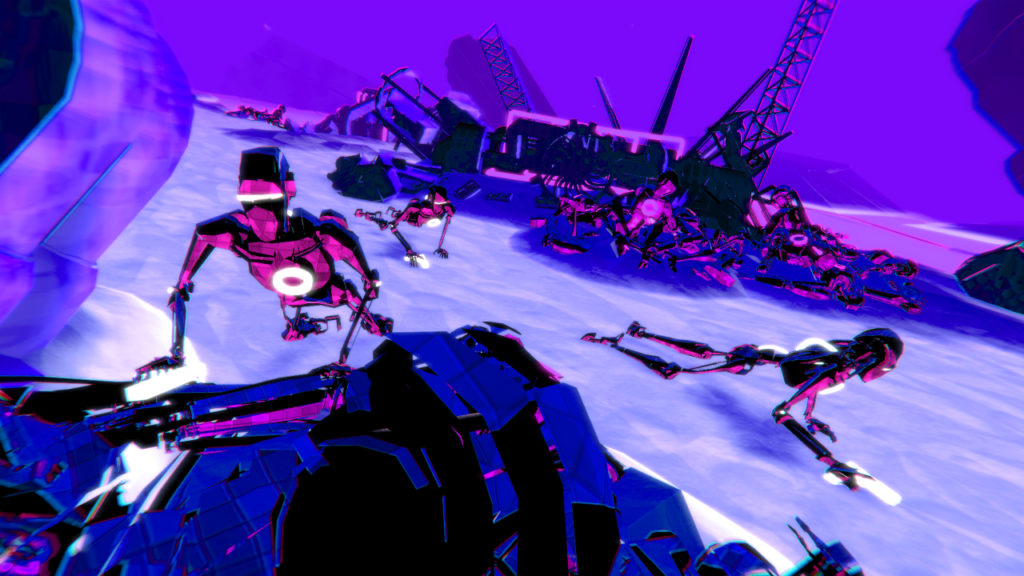 Prior to this latest update, there was no campaign. Instead, you chose from an impressive selection of 18 standalone stages presented like movie posters in the menu screen and then assigned a bunch of modifiers. For example, you can have two guns, or be invincible, or increase the number of enemies, thus increasing or decreasing the challenge as it suits.

2089 adds a campaign mode with a story, a new handgun that fires 4-round bursts, and a grizzled protagonist in Dr John H Azimov, a soldier in a future war against an army of machines called the Metal. As Azimov you’ll face down hordes of Terminator-like machines to a kick-ass soundtrack while spitting out one-liners like Jason Momoa, take on a huge boss, and ultimately attempt to turn the tide of the war. Unfortunately, the entire campaign can be completed inside an hour – and that’s with a few restarts and the half-dozen static cutscenes to boot.

As cool as it is to play the role of a meathead scientist with half his body made of robot parts, and as intoxicating as the soundtrack and visuals are, there’s not enough of it to get overly excited about. When the credits rolled I was hungry for more, but a little unsatisfied despite the unashamed bombast of the final boss. Pistol Whip 2089 is simply too good to be done with inside of 60 minutes, and yet not varied enough to warrant an immediate replay. 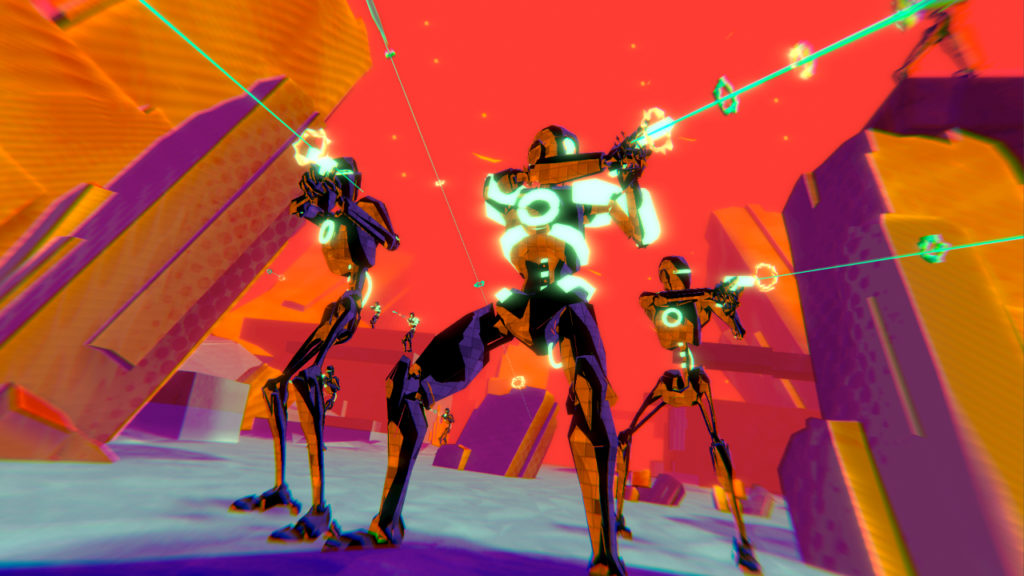 As a complete package, though, this is an easy recommendation, and the groundwork is laid for other bite-sized, episodic campaigns, or even a continuation of 2089. Playing on Oculus Quest 2, I experienced no inertia or discomfort, though I’d recommend playing it standing up. There’s a lot of ducking and dodging in the latter half of the campaign and in the tougher stages of the original line-up. I rarely finish a session without breaking a sweat.

The puddle-deep campaign of Pistol Whip 2089 needs more fleshing out, more weapons, more story, more everything really – but what’s here, to be clear, is exceptionally good while it lasts. But even without the campaign, the variety of musical and visual treats offered by Pistol Whip’s other modes, and the level of challenge and sheer moreishness, balance out a phenomenal package for newcomers. However, those who have spent countless hours already with Cloudhead’s game may have difficulty getting excited over so small an expansion.

Pistol Whip is one of the best action games available in VR, and the 2089 campaign - while incredibly short - is a great addition.