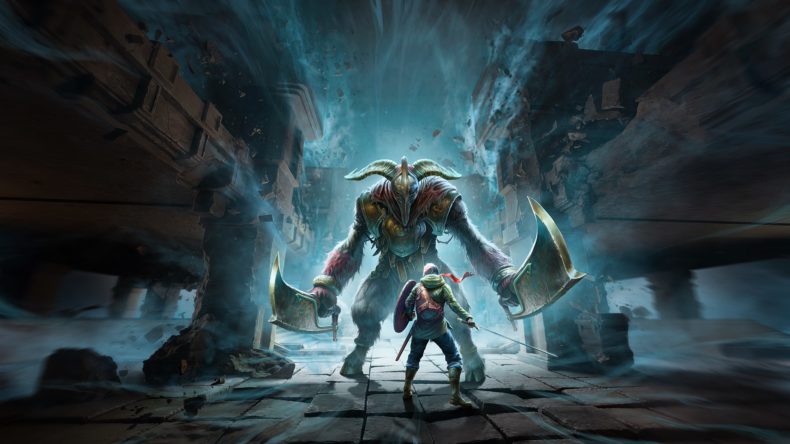 Chronos: Before the Ashes began its life as a VR-exclusive, though surprisingly it was still a 3rd-person RPG when in virtual reality. Having never played it I can’t speak to how this worked or didn’t, but it certainly seemed to score well with both critics and the public. The “Before the Ashes” console release keeps the original game almost intact, but switches the camera to a more traditional 3rd-Person action game perspective.

As a prequel to Gunfire Games’ Remnant: From the Ashes, Chronos does little with the narrative to surprise us or subvert expectations, but rather tells the story of a lone hero who spends their entire life attempting to navigate an ancient Labyrinth to defeat the evil of the Root. And it really is their entire life too. There’s not much in the way of customisation – you can pick gender and starting weapon – but the way you develop your character feels different. 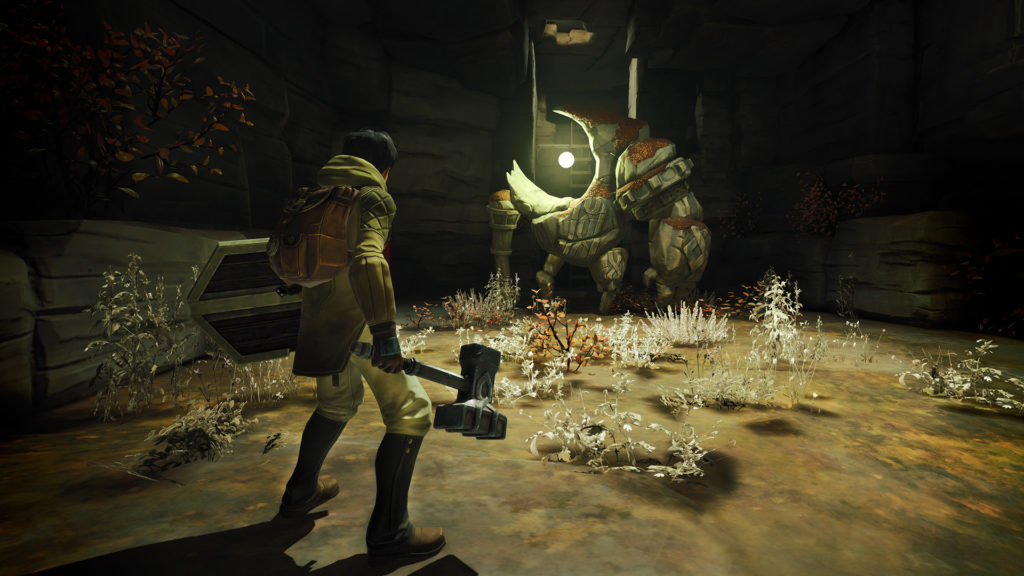 Although a “Soulslike” on the surface, Chronos does something that actually feels unique with its progression mechanic. Although you level up in a fairly traditional way by gaining XP and then spending attribute points on four core stats (Strength, Agility, Vitality, and Arcane), you also unlock permanent perks every tenth death.

Each time you die, your character ages a year before tackling the Labyrinth anew, and every decade you’ll be able to pick from a trio of permanent buffs that improve things like your HP, defence, and attack power. When you’re younger, you’ll spend more attribute points on things like Strength and Agility, but as you advance in years these will cost you more, and you’ll need to apply points to your Arcane stat instead, which makes you wiser.

It’s a really interesting idea that gives you a clear visual of how the passage of time is affecting your character, and it somehow makes everything feel a little more tactile and real. That said, this is still a fantasy world and the rules of those worlds still apply. Your hero begins the game underpowered in an area that seems lifted directly from Remnant. After activating a Rift, you find yourself in a new world beset by beings called the Krells. 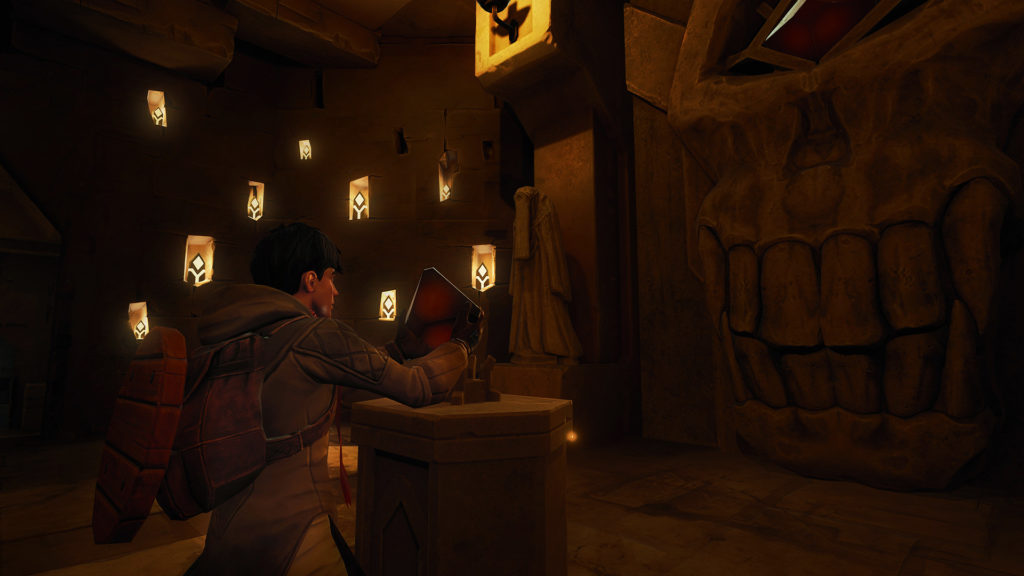 What follows is a mix of combat and exploration with some light puzzles thrown in. The combat clearly apes From Software’s titles and their ilk, but is largely more forgiving – and since you don’t really lose anything for dying, it certainly seems less punishing too. You have a heavy and light attack, a block, evade and parry – though I struggled to get the hang of the parry move. Chronos typically runs at 30fps but there were noticeable drops here and there on Xbox Series S, and this can affect combat.

Sometimes it feels a little sluggish regardless, and in the early sections your hero is taller than the enemies, so obscures your view of them and prevents you from reading some of their tells. The ones I did successfully parry were only phased a little, and so I was often unable to really maximise on the move, and it seemed more beneficial to just dodge. A perfect evade charges your next attack, which seems a far better trade-off. Even the first boss is an easy win, though they do get progressively tougher as you move deeper into the Labyrinth.

It’s not helped by the fact that your health-replenishing Dragon Stone is only refilled when you die (though your HP refills when you level up), so you can spend considerable time apparently on death’s door. Once the enemies are cleared out of an area you’ll have the run of the place, which allows you to focus on some of the puzzles. While most of these are Resident Evil-style cog-swapping, others will, for example, require you to find the missing pieces of a teleportation device that uses mirrors to change your location and even size. One very cool moment early on sees you transported into a book case you saw earlier, but now shrunk down to a couple of inches tall and fighting little clockwork toys. You then need to drop a key out of the bookcase and return later, at normal size, to collect it. 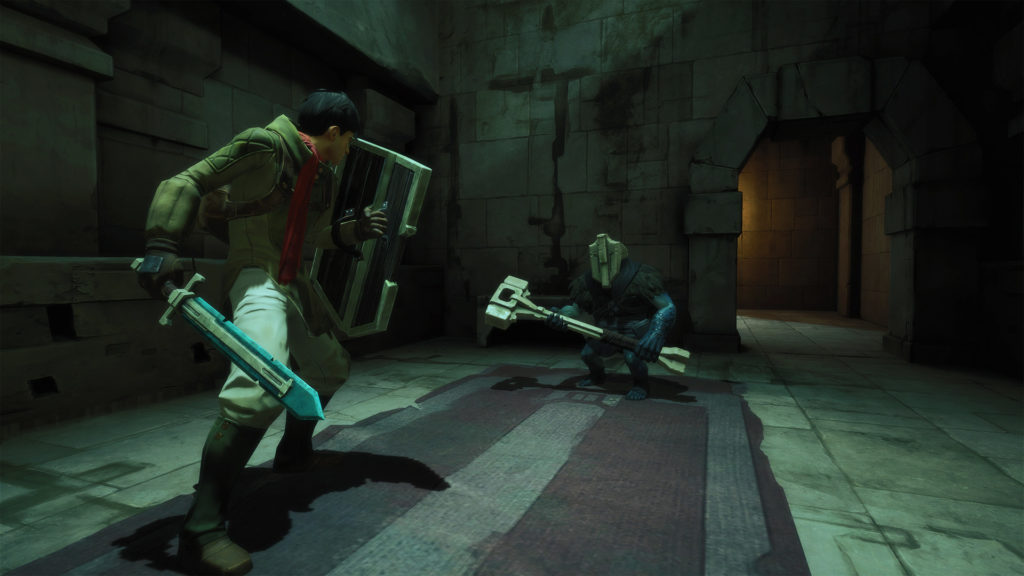 It’s these moments that elevate Chronos: Before the Ashes beyond a simple action-adventure game. It doesn’t even really feel right to call it a “Soulslike”, because while enemies respawn on death, while it’s stingy with health refills and lets you open shortcuts here and there, it doesn’t feel nearly dark enough, tough enough, or mature enough for that label. Even contenders like Ashen were closer to that FromSoft formula.

But Chronos is likeable. There’s a charm to its cartoony aesthetic and cutesy monsters, and the ageing mechanic is a genuinely cool way to explain the enemy respawns and improve your character at the same time. It becomes progressively tougher, obviously, but it never really steps up to the same level as many of it’s stable-mates, and doesn’t even really do enough to stay on a par with the more varied and atmospheric Remnant, but it’s a more accessible entry point to the genre, and one that will frustrate and wow you less than many similar games.

Chronos: Before the Ashes is an enjoyable Soulslike that doesn't feel as unforgiving as most other games in the genre