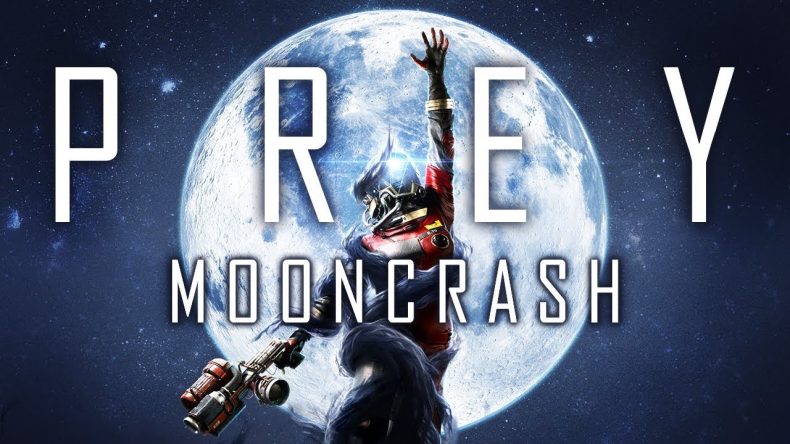 I very much enjoyed last year’s Prey, I felt that it was a game brimming with great ideas that rewarded experimentation and exploration. At times, though, it seemed to tread a fine line between allowing the player the freedom to approach each situation as they wished while simultaneously restricting them into a certain way of playing, particularly in the opening few hours of the game. Mooncrash, the much teased first DLC throws the constraints of a tightly threaded single player narrative out the window and instead allows all the creativity of the tools to be unleashed in a roguelike simulation on a TranStar moon base.

In Mooncrash you are playing a simulation, the circumstances of why you are there are pretty vague, but after a small amount of exposition as well as a quick fetch quest the game begins proper. You play as one of five characters, each with their own set of skills and attributes that will dictate how you run the simulation with them. Not all are unlocked at first, your action throughout one of the runs will dictate whether on your next attempt you will have a different character to play with. Your task in the simulation is simple: escape from the moonbase in any way possible with each character, with the over-arching goal to escape with all five in one run. There are some in game quests with each character having a specific way they must escape which allows the player an opportunity to experiment with the vast array of tools and weapons at your disposal. You will die an awful lot, but dying isn’t a negative experience as any XP gathered during the previous run is stored up to be used on upgrade points and purchasing items that will make a second run slightly more easier.

Mooncrash is a roguelite mode then. In order to achieve your goal of escaping with all five characters in one run you will need to perform a variety of tasks to first unlock a new character and then to subsequently escape with that one. Certain actions don’t reset on death though, so if you managed to tick off a number of objectives before dying they remain ticked off and you won’t have to do them again, which is a relief. Having to clear out the same room of Mimics over and over again could become tiresome. You will be running characters throughout the simulation quite a few times, the space within which you have to work is reasonably sizeable with each run providing you with more information, key cards and opportunities to come back to on another run. This repeated nature, and the economy of the restricted space within the moon base really allows the more creative elements of Prey’s toolbox to shine. Perhaps you didn’t use any of the Typhon modes in your playthrough of the story, or you stuck with a particular weapon and way of accessing locked off areas and didn’t stray from that play style throughout the rest of the game? The addition of different characters with different skill sets forces you to switch up the way you play with each run, to experiment with the scarce resources you are presented with and try things you perhaps don’t naturally gravitate towards.

The mechanics of the single player largely remain the same, you can hack turrets providing you have the skills to do so, but some characters who are utilising the Typhon powers will be treated as enemies, so each action you do during a run needs to be carefully thought out as it may have consequences further down the line. This element of future planning makes Mooncrash quite a strategic operation, and is one of its strongest points. In addition to the the simulation, Mooncrash also brings with it a free download for Prey whereby players can now launch into a new game plus and also incorporates some of the optional modifiers like weapon degradation and injuries to specific body parts. Weapon degradation is a pain as they degrade at quite an astonishing rate, whereas the specific bodily injury do add another element of tactic. For example, taking an injury to the leg will mean that you cannot move as fast or jump as far until that area is treated, whereas others will restrict the amount of health you can recover until the specific injury is resolved.

Mooncrash is an excellent piece of additional content for Prey, it somehow manages to incorporate all the tools that made the single player such a great sandbox to play around in and forces the player to use them. Whereas a single player game will inevitably lead a player down a certain way of playing, be that going in guns blazing or preferring a more stealth based approach, Mooncrash demands experimentation. The repeated runs through the space encourages a learning process where gradually your skills and knowledge accumulated throughout your various runs start to pay off, you may not which enemies are likely to spawn or where they are likely to be, but the learned information and tools at your disposal means each run is different enough to sustain repeated attempts. Perhaps the biggest achievement of Mooncrash though, is that by showcasing all of the tools that are available within the game, it does a fantastic job of highlighting why a return to the single player to try out some of the previously ignored techniques is probably a good idea.

Mooncrash is an excellent piece of DLC that allows the more creative elements of Prey to shine.